“Spiritual Messages from the Guardian Spirit of President Macron” is Available to Watch in Happy Science Temples! 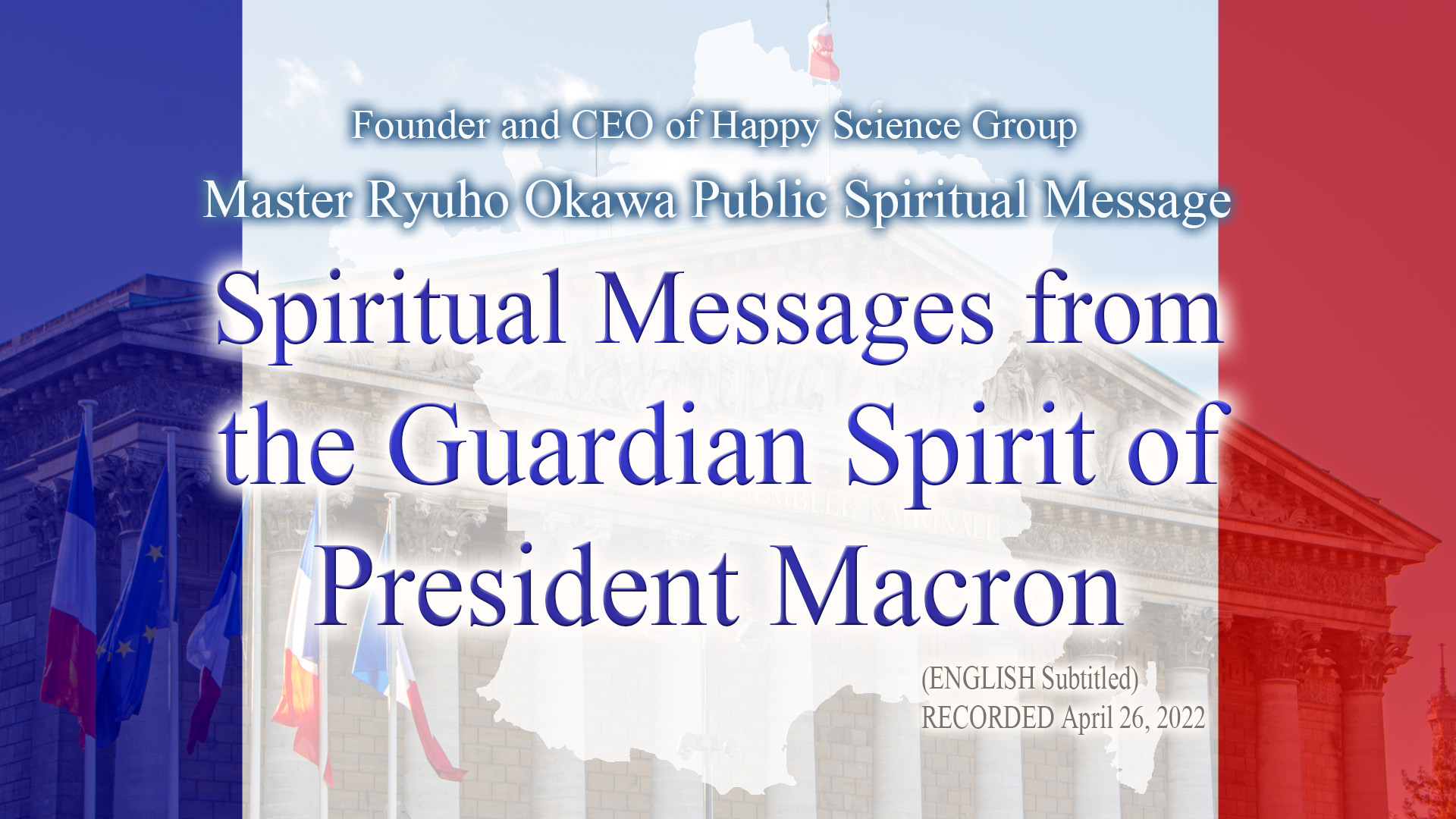 How will the Re-elected French president, Macron deal with the Ukraine issue?


Furthermore, the Kyouten, “The Laws Of Messiah,”“Putin’s Real Intentions on Ukraine Invasion: Interview with the President’s Guardian Spirit,” “The Truth Behind Kim Jong Un’s Series of Missile Launching,” “Spiritual Messages from the Guardian Spirit of President Zelensky (recorded urgently at 2 a.m., March 10)” *the novel, “The Unknown Stigma 1,” “The Unknown Stigma 2

【Point】
◆About the “policy toward Russia”. Is he going to continue the sanctions?
―How does he want to end the Ukraine issue?

◆What does he think about President Putin?
-What is his evaluation toward President Zelensky?

◆How does he think about the role of France in the EU?

◆Are there something in common with President Biden and Prime Minister Kishida’s way of thinking?

◆What is the reason why China does not criticise Russia?


I felt that Mr. Macron is watching Mr. Biden and Mr. Zelensky calmly. This spiritual message is rare because it reveals the president of France’s intentions, which is not quite opened to the media.（40s Male）


President of France, former Minister of Economy and Industry.
2014 (36 years old) – Appointed as the Minister of Economy and Industry.
2017 (39 years old)-Defeated Marine Le Pen, the candidate who called for leaving the European Union, in the presidential runoff election, and became the youngest president in history at 39 years old. Macron again defeated Le Pen in the second round on 24 April 2022.