“Spiritual Messages from the Guardian Spirit of President Zelensky (recorded urgently at 2 a.m., March 10)” is Available to watch in Happy Science Temples! 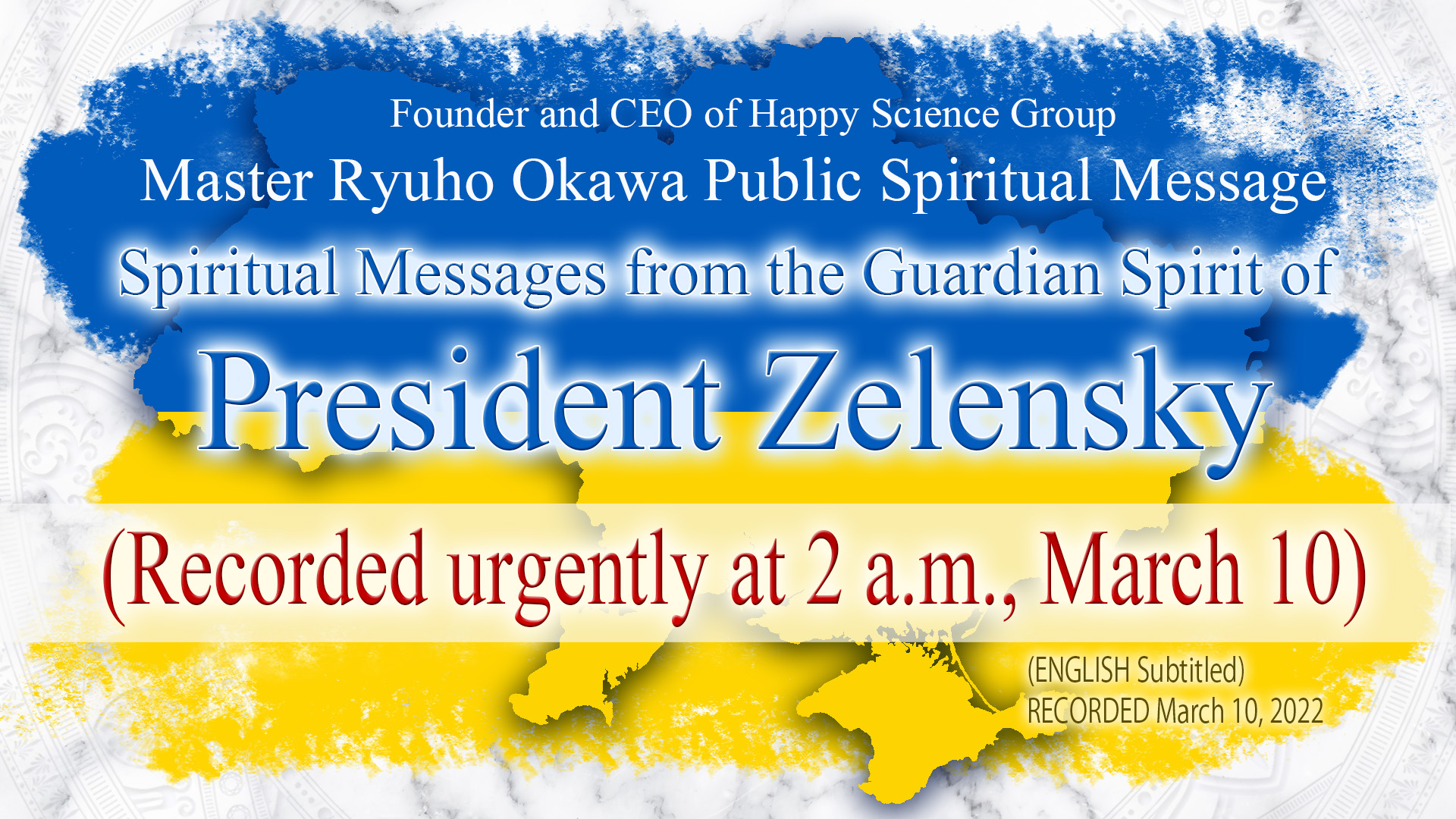 Why is the guardian spirit of President Zelensky showing resistance?
Is it right from the perspective of the world justice?


In this spiritual message, the guardian spirit of President Zelensky talks about his true feelings about the invasion and after listening to his thoughts, Master Okawa has given his opinion on the Ukraine issue.

From this spiritual message, you can see correctly about the “situation in Ukraine” that the mass media in the West do not convey.

This spiritual message is recommended for those who want to know about the whereabouts of Ukraine issue, those who have interest in International politics, Happiness Realization Supporters, and those who are working in mass media.


Also, the Kyouten, “The Laws Of Messiah,” “Putin’s Real Intentions on Ukraine Invasion: Interview with the President’s Guardian Spirit”, are recommended.


【Point】
◆What is the guardian spirit’s state of mind in now?
What does he think about “Russia” and “President Putin”?

◆How does the guardian spirit of President Zelensky understand the international affair surrounding Ukraine?
What are his expectations towards the EU and America?

◆Is there a possibility that the president exiles to another country?
How does the guardian spirit see his fate from now on?

◆What does Master Ryuho Okawa think? The “Ukraine Problem” and “what Japan must take action.”


I thought we won’t be able to understand what is justice by just watching and listening to what the media broadcasts. We must teach people justice of the earth that the Lord teaches.（40s Male）


While in school, he formed and led a comedy group with local friends. Early 20s: Won in a popular Russian humor competition TV program. Mid-30s: Gained popularity playing the main character in the TV drama “Servant of the People,” in which an ordinary teacher struggles to become president. Became active as a producer, actor, and host. In 2018, without any political experience, he suddenly ran for the Ukrainian presidency and won. Upon assuming the presidency, he maintained the pro-European line of the previous administration and sought to join the North Atlantic Treaty Organization (NATO), but relations with Russia deteriorated.