“Putin’s Real Intentions on Ukraine Invasion: Interview with the President’s Guardian Spirit” is Available to Watch in Happy Science Temples! 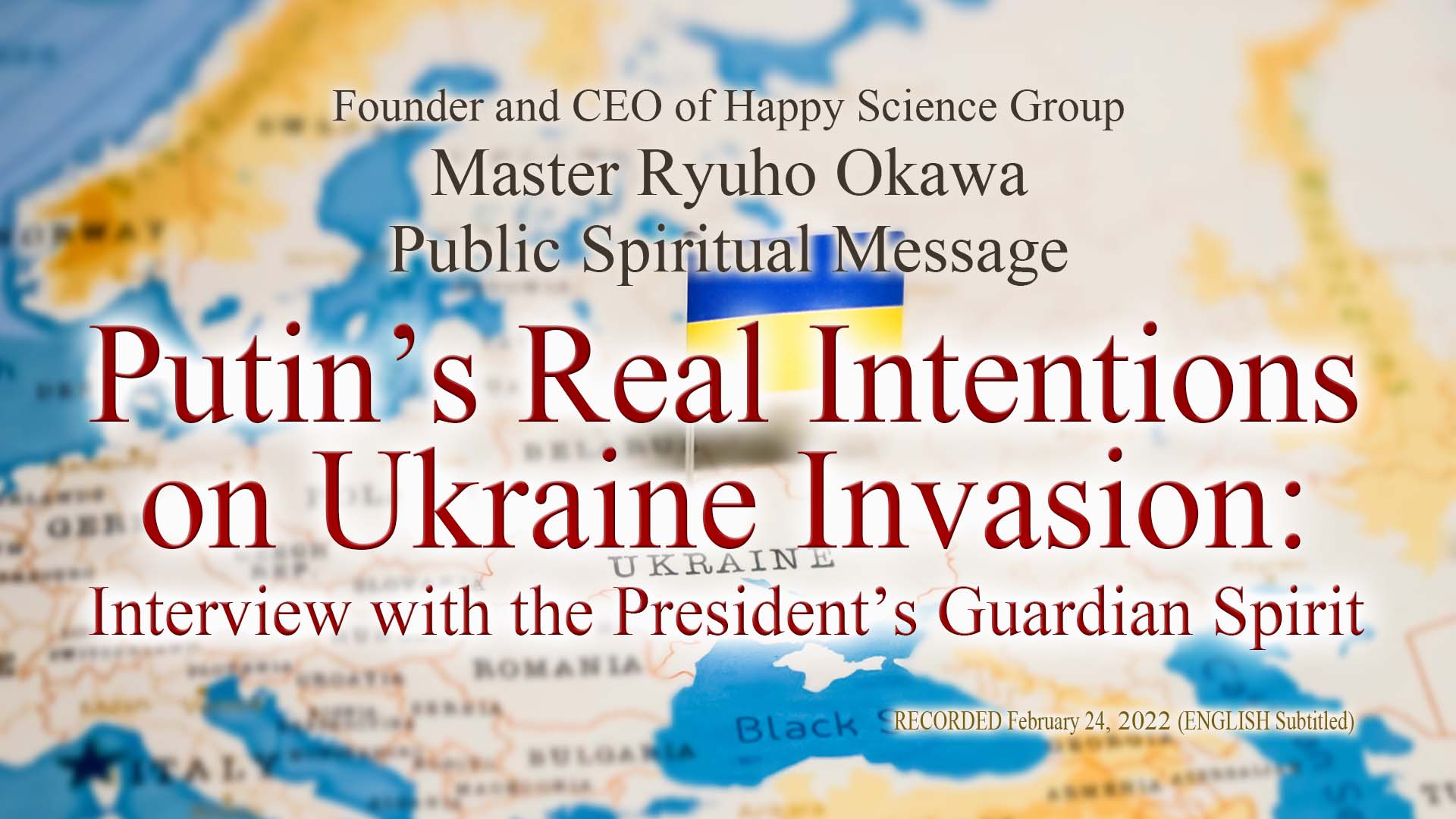 The world is watching the invasion of Ukraine.
President Putin’s guardian spirit speaks the “cause” of this action.

This spiritual message was recorded before the Ukraine invasion. In this spiritual message, you can grasp the essence of the Ukraine problem, the truth about the relationship between China and Russia, the vagaries of the U.S., and the necessity of the next international order, which cannot be understood with only the information from the West.


A Russian politician.
After graduating from the law department of Leningrad State University, Putin joined the former Soviet Union Committee of State Security (KGB). He was appointed prime minster by ailing president Boris Yeltsin, and went on to serve two terms as president. Since the Russian Constitution did not allow a third consecutive term, he stepped down to serve as a prime minister during Medvedev’s presidency, but was reelected in March 2012. He officially took office as the new president of Russia on May 7, 2012. Putin is known as pro-Japanese and holds a fifth dan in Judo.

◆ What does President Putin’s guardian spirit think about President Biden and NATO?

◆ Strange bedfellows? Why Russia is getting closer to China.

◆ President Putin’s guardian spirit’s vision of the next world. What does he expect from Japan?

This spiritual message is recommended for believers, people who are interested in international politics such as the Ukraine issue, supporters of the Happiness Realization Party, and people in the mass media. Also, “The Laws Of Messiah,” “President Putin and the Future of Russia An Interview with the Guardian Spirit of Vladimir Putin,” “Inside the Mind ofJoe Biden,” are recommended.


・I think it’s a valuable spiritual message to learn the “objective point of view” from the Russian point of view on the “Ukraine issue.” I felt that Happy Science must have more influence.（50s Male）