“Warnings Against the Era of Great Wars ― the Last Message of Premier Li Keqiang” is Available to Watch in Happy Science Temples! 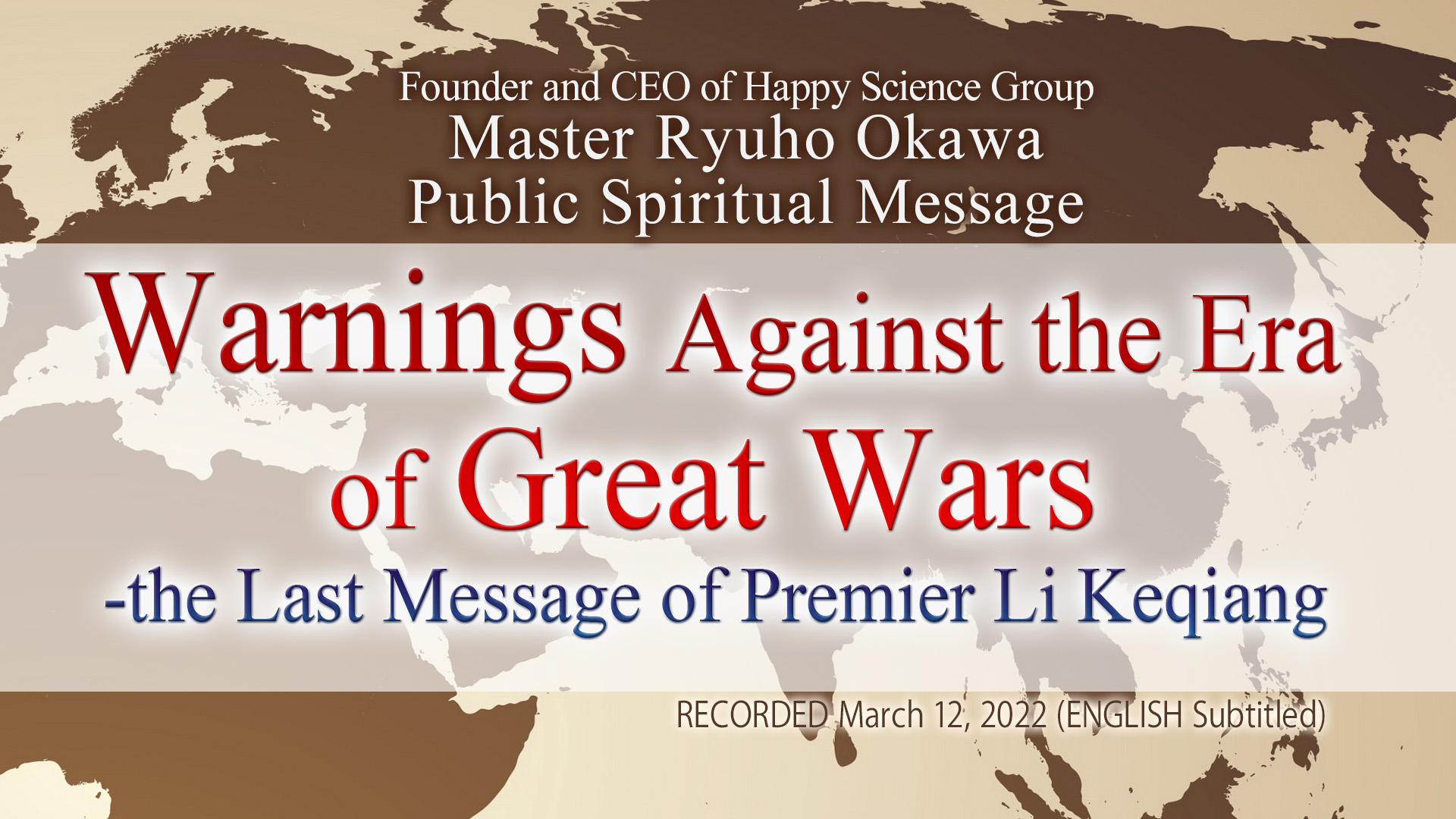 A year left until resignation! What is the guardian spirit of premier Li Keqiang’s true intention?
Speaks on the “China’s military trend”.


Also, “The Laws Of Messiah,” “The Xi Jinping Thought Now,” “Putin’s Real Intentions on Ukraine Invasion: Interview with the President’s Guardian Spirit,” and “Inside the Mind of President Biden: Thoughts Revealed by His Guardian Spirit Days Before His Inauguration”


【Point】
◆When will China invade Taiwan? What is China thinking about the attack in Ukraine from Russia?

◆What will happen to the Chinese economy and foreign affairs after his resignation? Li speaks bluntly about his true feelings on Xi Jinping’s runaway.

◆”Coronavirus” will be spread further on?
How is the corona attack directed?

◆What is the only force that the Chinese side considers “incalculable”?


・I was very surprised to hear what the guardian spirit of prime premier Li Keqiang spoke about. I strongly thought that this is why the teachings of Messiah of the Earth are preached now and it’s the only hope. I thought I really need to convey to humanity, the descent of the Lord.（30s Male）