“Ame-no-Mioya-Gami Speaks on Bushido” is Available to Watch in Happy Science Temples! 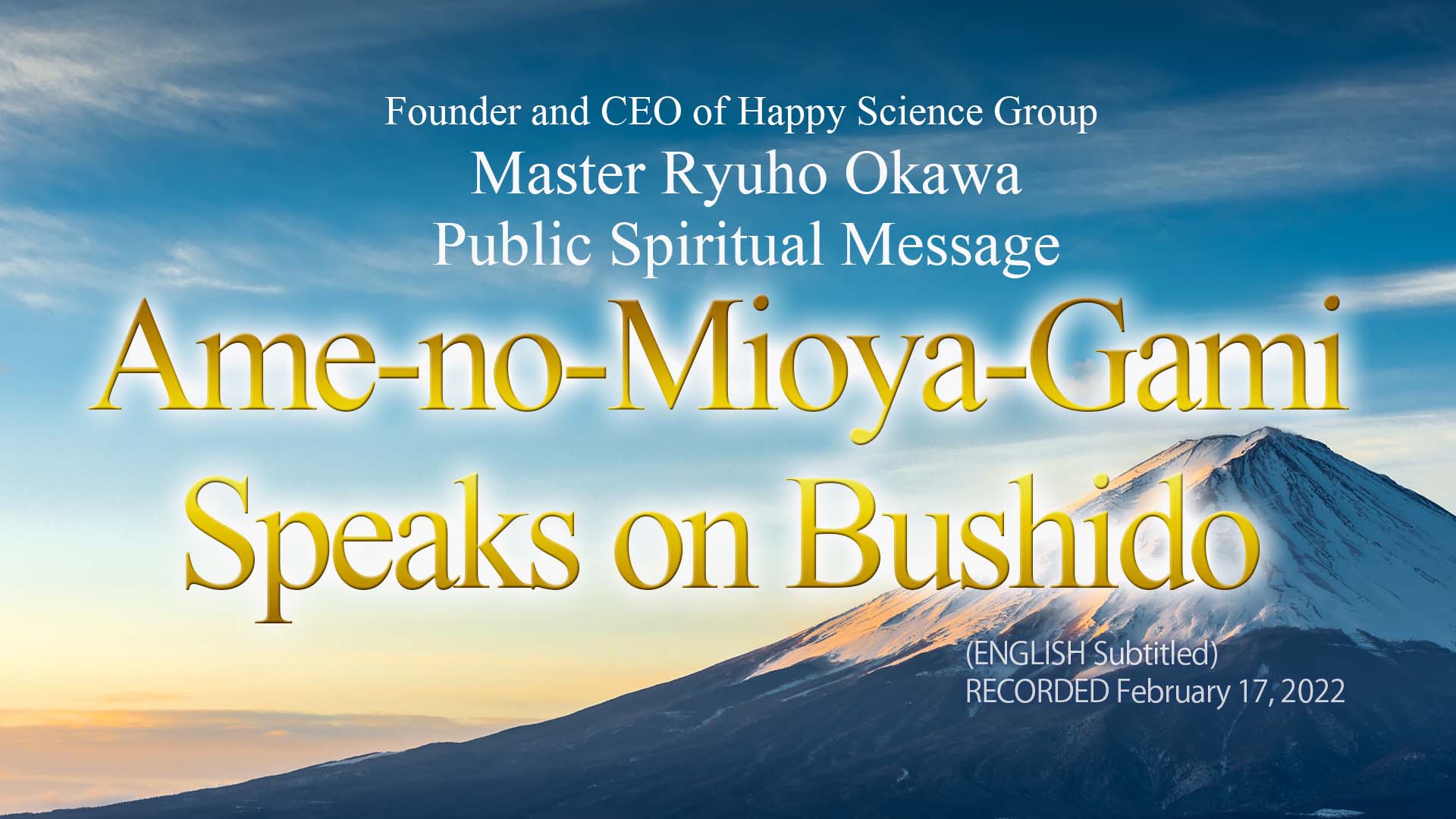 Learn the heart of the Bushido Spirit that is needed now!

Ame-no-Mioya-Gami (Japanese Father God) taught us the deeper aspect of “the true Bushido spirit” which connects to God or Buddha, written in “Hagakure”. This spiritual message is recommended to those who wants to know what Bushido spirit is, those who have experienced martial arts, religion related people, or those who have watched “The Cherry Bushido” and became interested in Ame-no-Mioya-Gami or Bushido Spirit.

Furthermore, the Kyouten, “The Laws Of Messiah” “The Descent of Japanese Father God Ame-no-Mioya-Gami” are recommended as well.


【Point】
◆What is the “Bushido” that Ame-no-Mioya-Gami taught?
――The Bushido Spirit that lies in the spiritual view of life.

◆What is the true meaning of “Bushido is to find what death means” written in “Hagakure”?

◆Why is the Japanese admiral Heihachiro Togo* and the General Maresuke Nogi* respected?

◆What is it to be graceful in faith?
――The time will come when you will be tested to see if you are a true believer!

◆To deepen Bushido…aim to become a sword that connects with God or Buddha.


We were given a spiritual message from Ame-no-Mioya-Gami who created the Bushido. This is an important lecture, where you can learn the genuine Bushido Spirit. I was encouraged to live my life without lies and fake self but live gracefully based on Bushido Spirit. （30’s Male）


*Nogi and Togo: both Maresuke Nogi [1849-1912] and Heihachiro Togo [1848-1934] were Japanese heroes during the Russo-Japanese War. Nogi was an army general and Togo a navy admiral. They are worshiped as gods in their respective shrines.