“China’s Unrest -Spiritual Messages from the Guardian Spirit of Xi Jinping” is Available to Watch in Happy Science Temples! 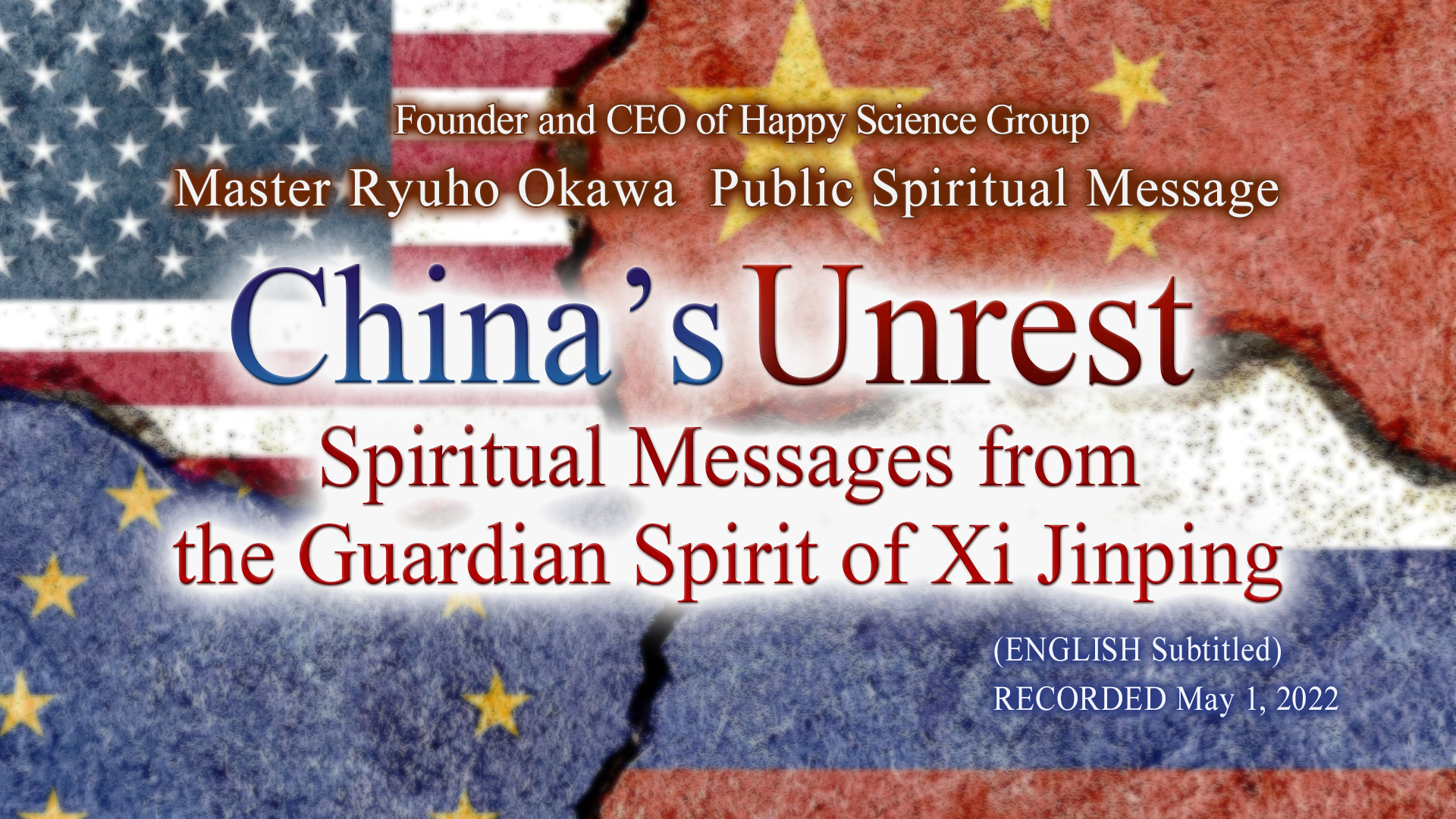 In the midst of the Russia and Ukraine issue, will there be a Taiwan invasion from China?

While the world is in turmoil over the Russia and Ukraine issue, this spiritual message reveals the true heart of President Xi Jinping. It is recommended to those who want to know the movement of China in and world affairs, those who have read *the novel, “The Unknown Stigma” “The Unknown Stigma 2

【Point】
◆Which side will China choose? Russia or various countries of Europe and America.

◆What is he thinking about the corona pandemic in Shanghai?

◆How does he evaluate President Zelensky and President Biden?

◆What is the worst scenario for China?

◆What is he thinking about invading Taiwan?


I was surprised that the guardian spirit of Xi Jinping seems different than before. It’s unbelievable how Russia is being criticized by the world over the Ukraine issue and how the corona pandemic in Shanghai is giving some kind of influence. I thought now is the time for us to spread the Truth that Master Okawa preaches and make efforts to move the world in the right direction!（40s Male）