“Spiritual Messages from the Guardian Spirit of Chancellor Olaf Scholz” is Available to Watch in Happy Science Temples! 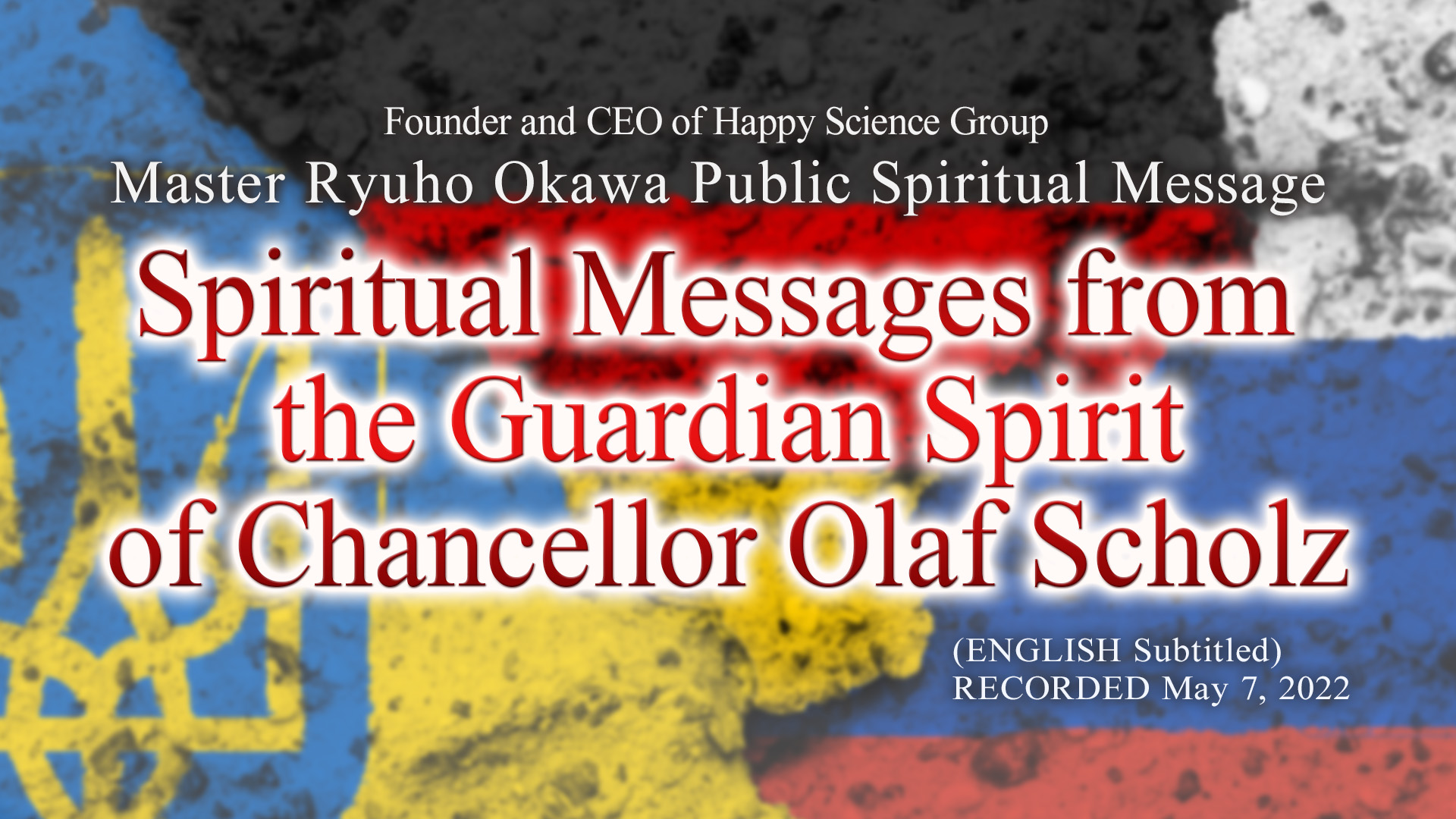 How does he see the current world affairs and leaders of each country? Here reveals the true intention of the Chancellor in Germany which cannot be said officially.

This spiritual message, in which the guardian spirit of Chancellor Scholz, the leader of Germany, reveals his sense of crisis about the future world situation and his true feelings toward the leaders of various countries, is recommended to those who are interested in international politics, those who are interested in Germany, those who have received “The Laws Of Messiah,” those who have read The Unknown Stigma 1, The Unknown Stigma 2 [The Resurrection], and supporters of the Happiness Realization Party.


【Point】
◆What are his true thoughts about Ukraine joining the EU and about Germany supporting weapons?

◆What is the movement that we need to make to solve the Ukraine issue?

◆Problems that he feels about the current media coverage and the “political nature of new media” such as Twitter.


Listening to the spiritual message, I could feel the situation in which the world is being swept away by Presidents Biden and Zelensky. I learned the importance of being able to tell what is the right decision and to have an objective and calm perspective on the Ukraine issue.（20s Female）


Chancellor of Germany, Former Federal Minister of Finance. 1998: Became a member of Social Democratic Party (SPD). 2007: Joined Merkel’s cabinet as minister of labour and social affairs. 2011: Returned to Hamburg to campaign for the office of first mayor. December 8, 2021: Became chancellor known as “a man of few words.”