“The Truth Behind Kim Jong Un’s Series of Missile Launching” is Available to Watch in Happy Science Temples! 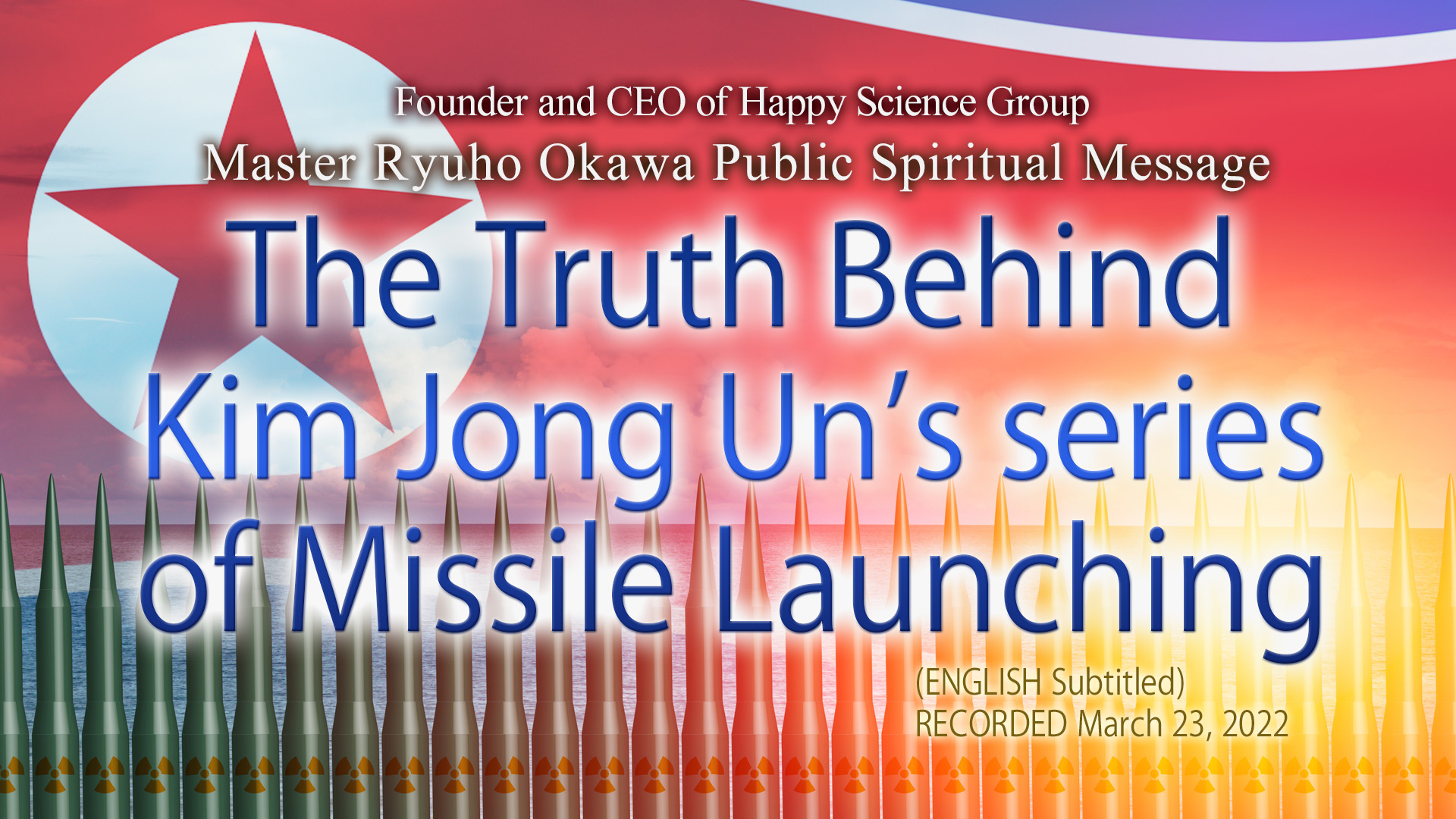 How would the fate of Japan be?
The “will” behind the missile launch from North Korea.

In this spiritual message, it talks about the Ukraine issue and China’s movement from the opposite view of Western mass-media, the fact that anti-US forces are progressing, etc. This spiritual message would be a hint to think about how Japan should act and look at the world affairs.

This spiritual message is recommended to those who feel threatened or angry against North Korea’s missile launch, those who are concerned about Ukraine issues, and other foreign affairs, the Happiness Realization supporters, mass-media, and etc. Also, “The Laws Of Messiah,” “Putin’s Real Intentions on Ukraine Invasion: Interview with the President’s Guardian Spirit,” “Spiritual Message from the Guardian Spirit of Biden,”, “Spiritual Messages from the Guardian Spirit of President Zelensky (recorded urgently at 2 a.m., March 10)”, are recommended.

【Point】
◆What the mass media tells about Russia’s uphill battle is true or not?
The reason why the Russian army slowly invades Ukraine.

◆Which country will solely win due to the Russian sanctions?
What kind of damage brings the US and Japan because of the sanctions?

◆Are Russia and North Korea working together?
What is the scenario for the military actions to Japan?

◆”If there is 70 minutes, I can drop missiles anywhere in Japan.”
――What can Japan do then?


I was surprised to know the guardian spirit of Kim Jong Un’s progress in ten years. And at the same time, Japan is in a critical situation now and I strongly realized that now is the time that the disciples of the Messiah are on trial. （30’s Female）


The third supreme leader of North Korea. The third son of the former General Secretary of Kim Jong Ill. After the death of his father in December, Kim Jong Un succeeded to the position of the country’s supreme leader. In 2022, he has been launching a series of various missiles including supersonic missiles. On March 24th, North Korea fired a new type of ICBM missile and fell within Japan’s exclusive economic zone in the Sea of Japan about 150 kilometers west of the Oshima Peninsula on the country’s northernmost main island of Hokkaido.