El Cantare Celebration Lecture, The Earth says: “All you need is Love” is Avaliable to Watch in Happy Science Temples! 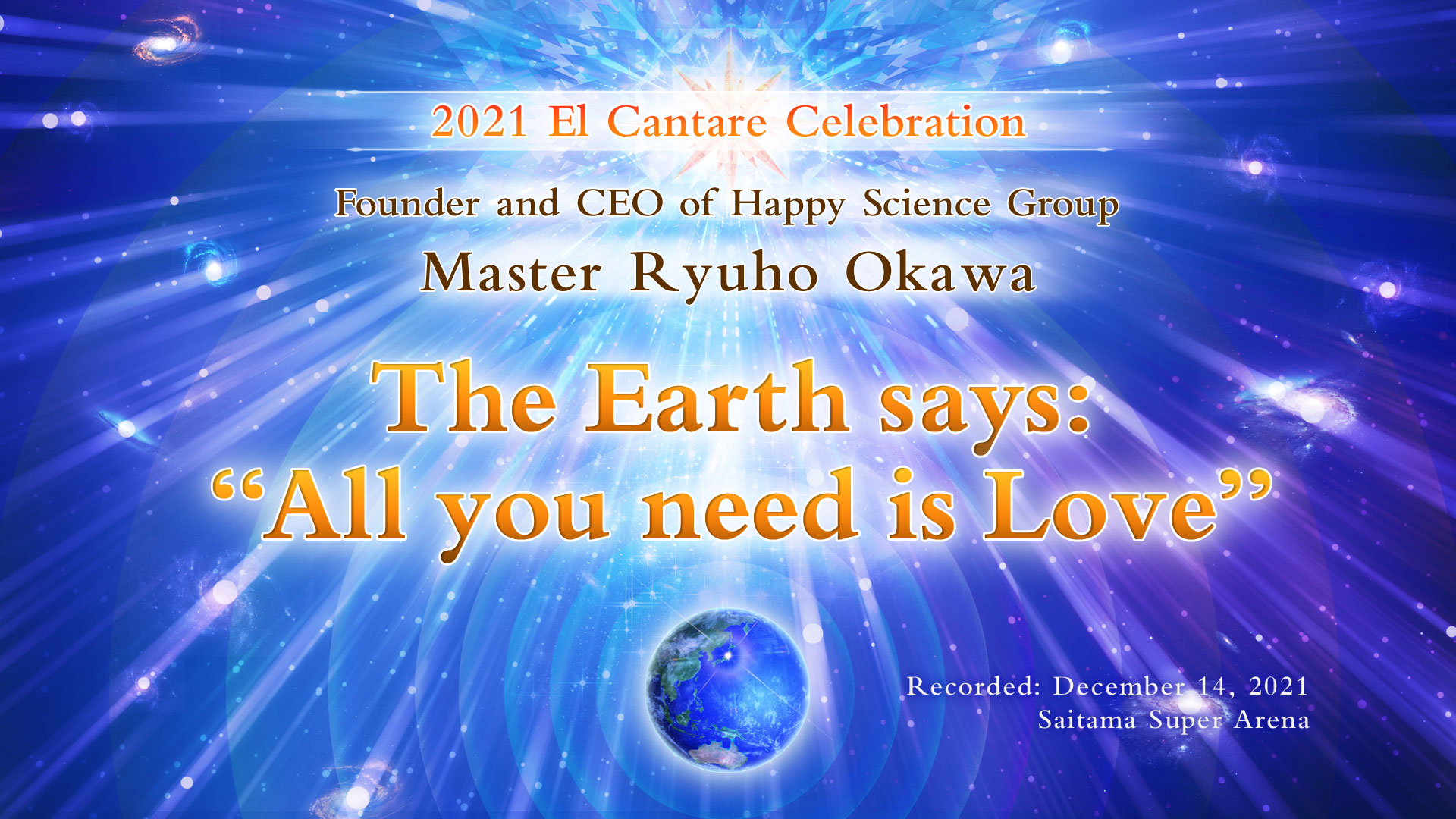 For the welcome program, introduction video on our Lord God and the modern Messiah, Master Ryuho Okawa was shown followed by Happy Science Group introduction.

Before the lecture, “There Goes A Patriot Girl” (Japanese), the theme song of the next film, “The Cherry Bushido,” was sung live by Sae Shinohara (from ARI Production) for the first time. Then after, as for the dedication song, “The Descent of Ame-no-Mioya-Gami (Japanaese Father God)” music video was shown. The audiences were all embraced in the excitement of the coming of the Messiah who have transcended time and space. Master Ryuho Okawa appears in front of the 14 thousand people and this lecture was simultaneously broadcasted to about 3,500 locations nationwide and around the world.

●What are the teachings of Ame-no-Mioya-Gami, who crossed the continent of Eurasia, are conveyed even now?

●Confucious could not teach the world of after death, but the Japanese ideology transcends that teaching.

●The problems of which the people pursue only “the results that you can get,” like status and money.

●The true color of Mao Zedong who is praised as the founding father of People’s Republic of China.

●What are the conditions under which moral government and democracy coincide?

●Biden’s lack of strategic vision has led to global fragmentation. The looming threat of war.

●The ideal of communism and the reality of China’s widening disparities.

●What is the fate that awaits the countries that succumb to China’s debt diplomacy?

●The problem of Islamic fundamentalism and the future that Islamic nations should head to.

●African countries that are suffering from poverty need to know about the “road to prosperity.”