“Economics of Ame-no-Mioya-Gami” is Available to Watch in Happy Science Temples! 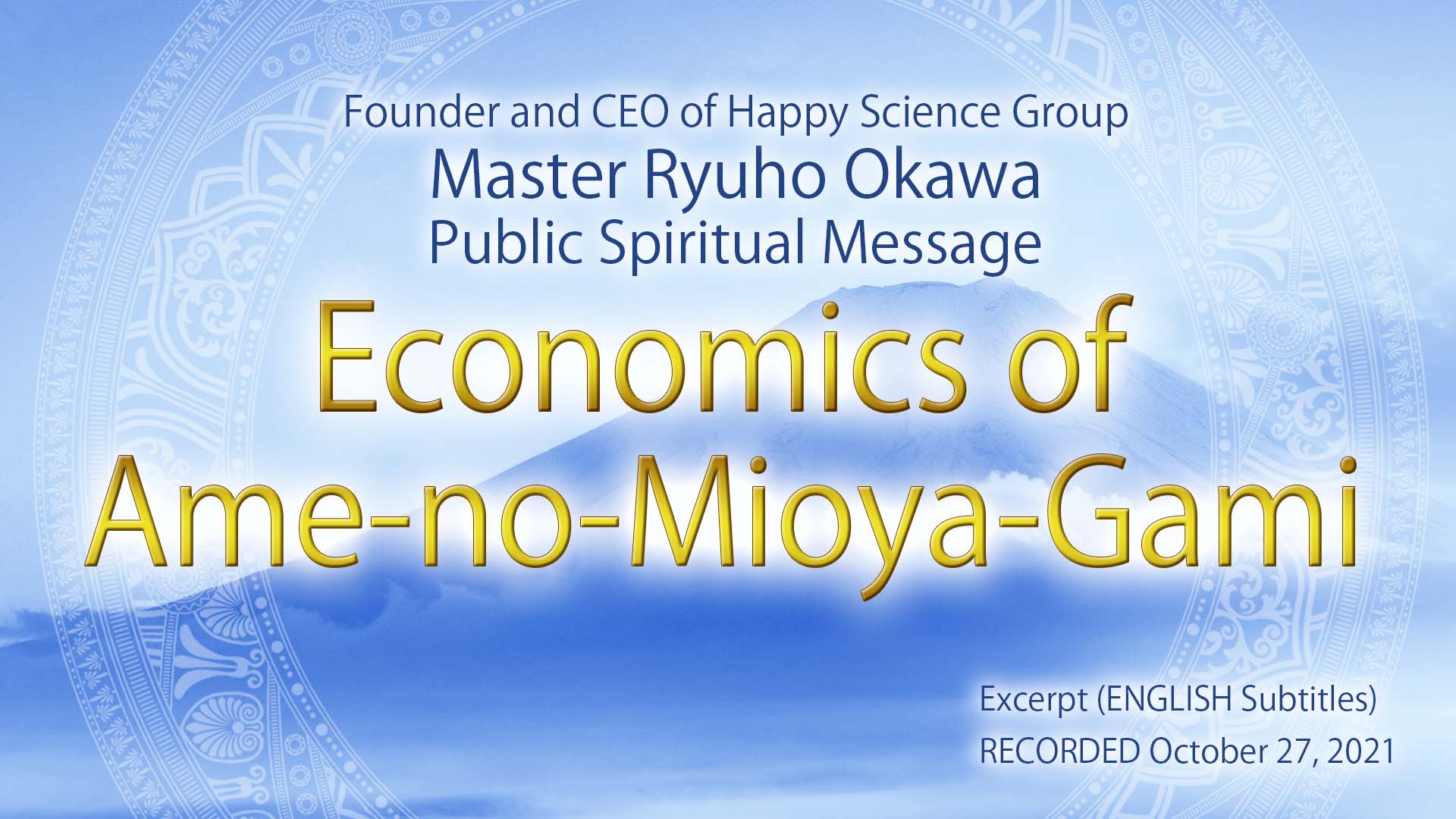 What is the “state of the economy” should be in Japan and the world?

What is the “Fundamental Philosophy” and “The Way Forward”? Here, how to think about the economy and wealth in accordance with God’s will, rather than a materialistic economy that seeks wealth in this age of Democracy without God are explained.


Japanese Father God. A deity who appears in the ancient Japanese literature “Hotsumatsutae”, which is said to be older than “Kojiki” and “Nihonshoki”. 30,000 years ago, He descended on the side of Shizuoka Prefecture where Mt. Fuji can be seen on a spacecraft with about 200,000 people from the Andromeda Galaxy. In Happy Science, it is said that He is the same spirit as the Lord whom Jesus called “Father”.


Not only Happy Science members but also those who are interested in politics, economy and future of capitalism, and for business people etc.

◆What to be aware of when creating “wealth”.

◆Wealth that contains truth, goodness, and beauty, or wealth that embodies justice.

◆About the ambition and desire for fame, that grows as a part of wealth; and the redistribution of wealth

◆How to make the future better without losing the spirit of capitalism.
— The best form of economics for the future and the importance of “virtue”.


“The Scenes of New Capitalism”

“Spiritual Messages from Metatron-The Light in the Age of Crisis”