“Spiritual Messages from Yaidron ‘How to Stop the Collapse of the World'” is Available to Watch in Happy Science Temples! 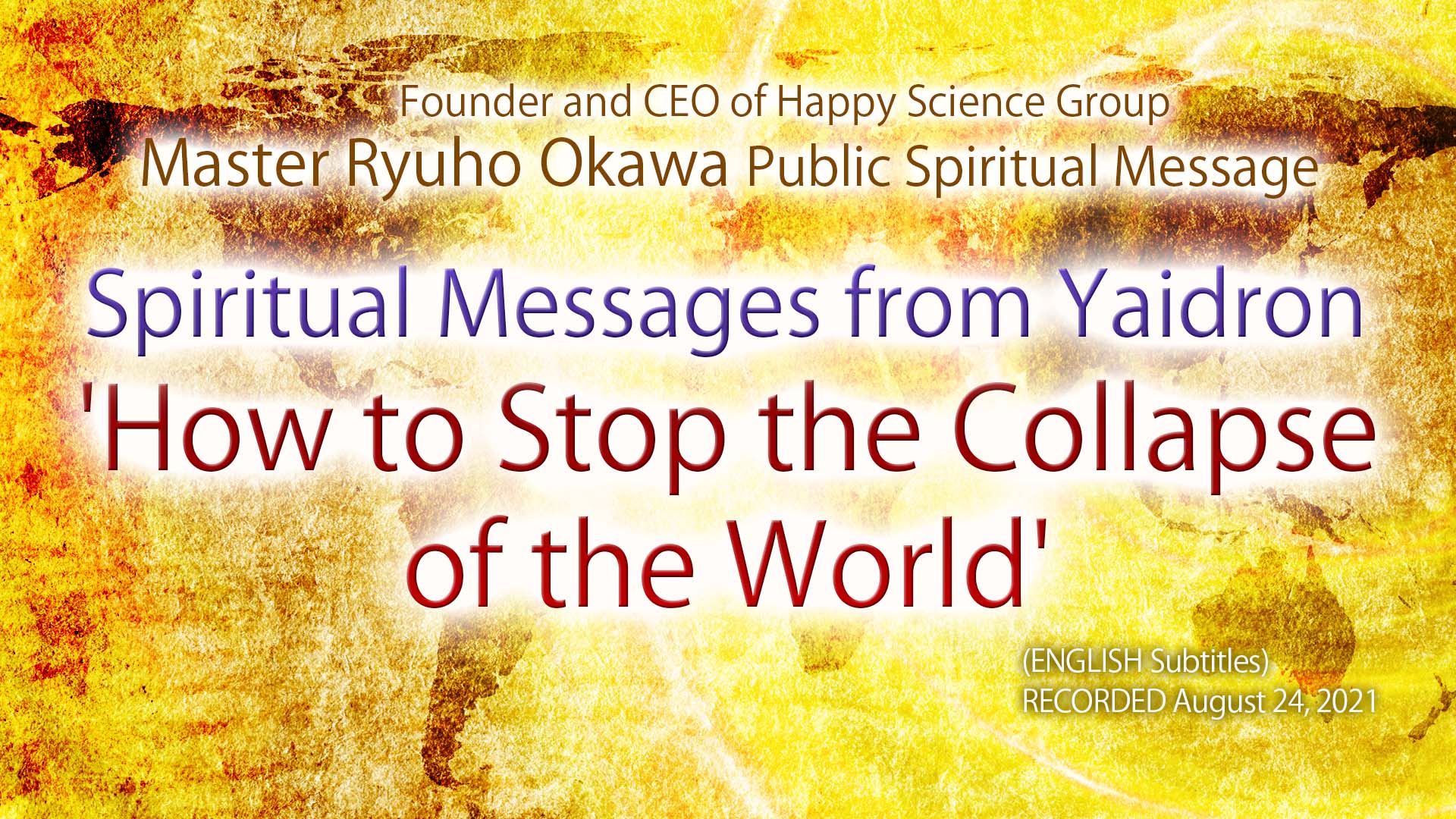 “How to Stop the Collapse of the World”
The importance of continuing to express our strong opinions!

Yaidron is the Messiah-like existence from Planet Elder in the Magellanic Clouds. His power is akin to the high-dimensional spirits of Earth’s spirit world and he is akin to the god of justice. His role on Planet Elder is similar to a judge and politician of the highest grade, and he governs the justice and judgment there. He received teachings from El Cantare on a messiah-training planet, and is now a protector of Ryuho Okawa who is El Cantare on earth. Yaidron is a being beyond his physical and spirit bodies, having an unlimited lifespan.


In the midst of a fluid world situation, Yaidron spoke about the turmoil in various areas of the world, such as the Afghanistan issue which is connected to China’s plans. He also tells us China’s future strategies and outlook on international affairs. It is recommended for members, people who interested in international politics, space and space beings, people in politics and religion, etc.

[Points]
・The relation between Biden administration and Myanmar, Afghanistan and other issues.

・Why was Xi Jinping afraid of the former American President Trump?

・What is the current battle on a global scale between “Democratic values” and “Centralization of the Communist Party”?

・What is China’s next plan for biological weapons after Coronavirus?

・What are the prospects for the international situation in the future, and what is Japan’s action?


“The True Heart of Yaidron”

“With Savior-Message from Space Being Yaidron”