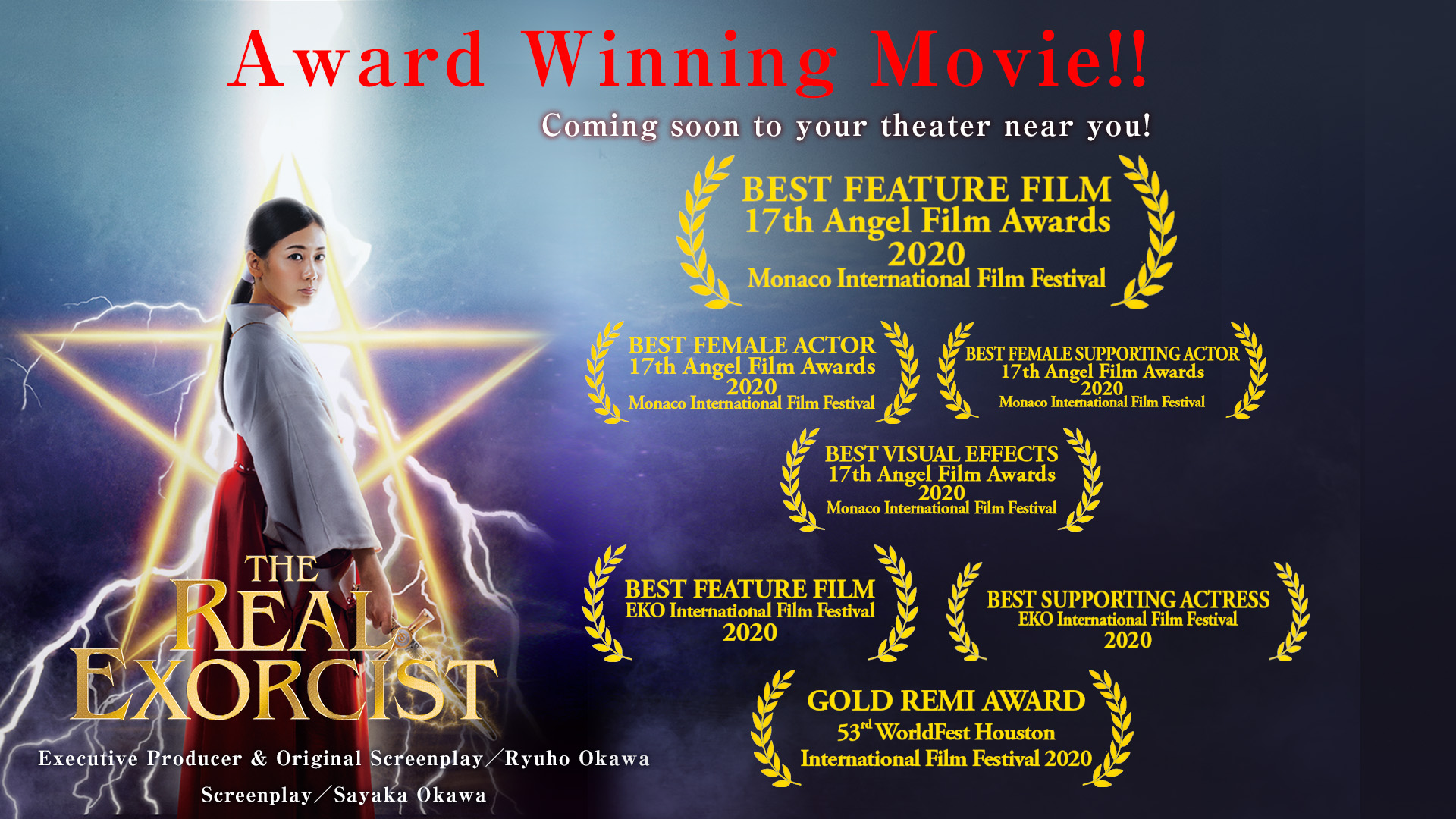 This is a horror movie but you will feel refreshed after watching it.
Two, the hero defeats the evil and the darkness.
And three, it is a heartwarming story.
I am very grateful that this new type of “Japanese horror movie” was evaluated in the WorldFest-Houston International Film Festival. As a cast, I couldn’t help but feel “Oh Yes, we did it!” I have put all the effort and a sense of responsibility-for those “living now” and for those who live in “the other world,” into this film. I thank all the people who have supported me and who are looking forward to seeing this film.

The movie, “The Real Exorcist” will be coming to theaters soon in overseas and from May 15th, in Japan. Stay tuned!

Tokyo ―the most mystical city in the world where you find spiritual spots in the most unexpected places. Sayuri works as a part time waitress at a small coffee shop “Extra” where regular customers enjoy the authentic coffee that the owner brews. Meanwhile, Sayuri uses her supernatural powers to help those who are troubled by spiritual phenomena one after another. Through her special consultations, she touches the hearts of the people and helps them by showing the truths of the invisible world.