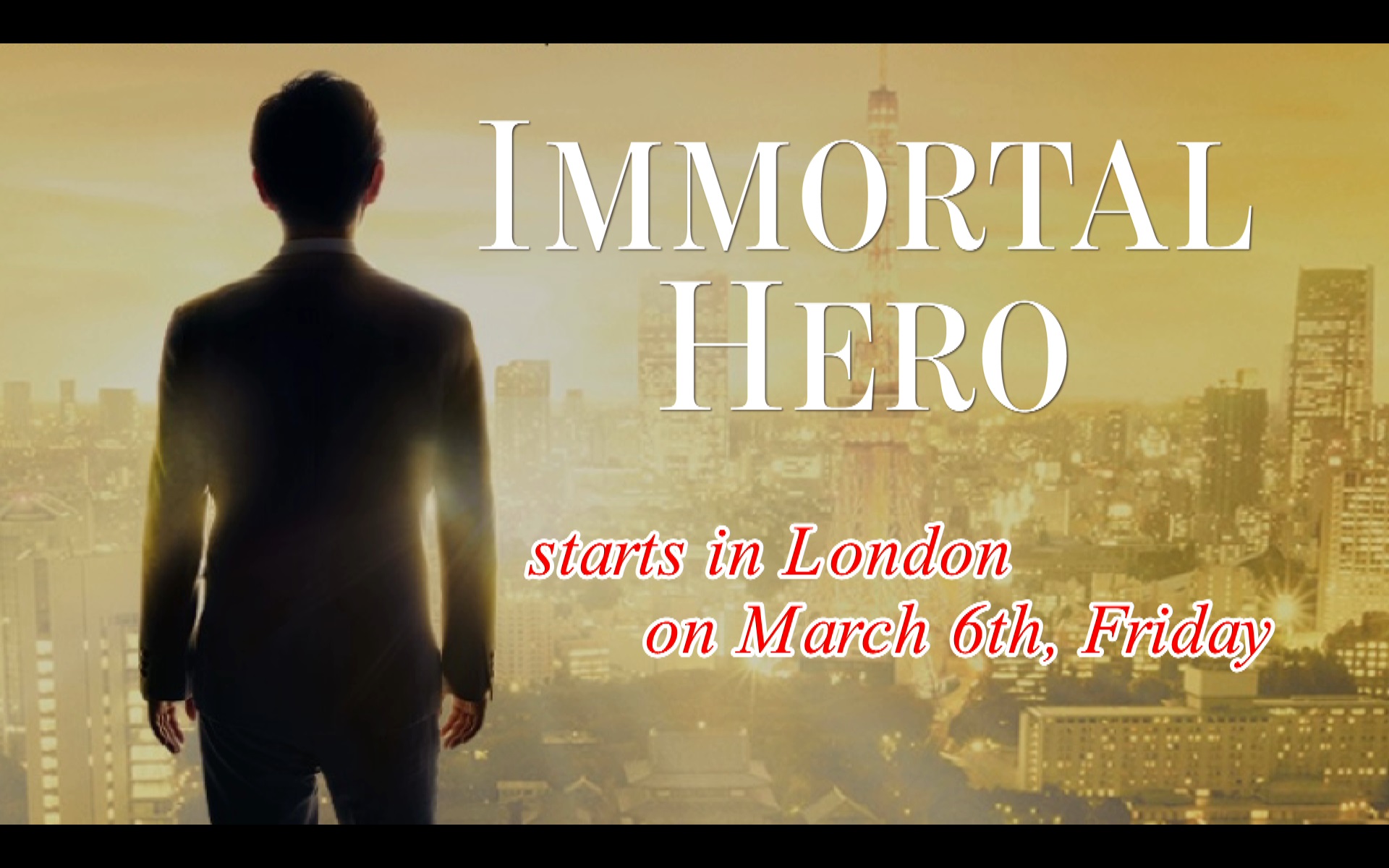 Amidst the worldwide turmoil caused by the outbreak of Novel Coronavirus started in China, materialistic “fear” will be replaced by faithful “hope” through this touching and inspirational movie.


Just before the release of the movie, a British major newspaper, The Guardian, posted a review on this movie by Cath Clarke in its online edition, calling Happy Science “a cult” and the movie “garbage.”


Despite Clarke’s marking of the movie as “garbage”, unfortunately, Immortal Hero has won 36 awards in 8 countries, including the “Best Foreign Feature” at the London Independent Film Awards.


Clarke’s criticism of the movie aside, some critical misunderstanding of values can be seen in her review. For instance, after describing an episode in the movie, that the main character, Makoto Mioya, miraculously cures himself after being rushed to hospital after a heart attack and told he won’t make it through the night; Clarke writes, “You could write the whole thing off as a silly vanity project but for some vile anti-medicine messaging.”


While Happy Science has never denied the value of contemporary medicine, we should know that contemporary medicine is not almighty. In fact, so many miracles happened to the people who watched the movie. There is a Japanese person who had a traffic accident, and suffered from skull fracture and brain haemorrhage. He was released from the hospital in 8 days, while his bleeding had not stopped. He then watched Immortal Hero and, miraculously, all his pains disappeared. He says, “It was very painful for me just to walk and sit. However, all my pains disappeared after watching the movie. It’s hard to believe. A miracle occurred. I am very happy.” There are various descriptions of miracles in such scriptures as the Bible too. Miracles do happen through people’s faith. Miracles may happen to the people who watch the movie in London as well.


Also, referring to another episode in the movie – that the main character, Makoto Mioya, has awakened to his true mission and decided to pursue it after his miraculous recovery from illness, Clarke writes; “Mioya abandons the self-help racket and branches into the lucrative business of religion.” This clearly shows Clarke’s materialistic prejudice against religion. Religion is not business, needless to say, and this kind of comment is rude to billions of religious people around the world. We should not misunderstand the essence of religion, which is the fundamental nature of human beings.

Happy Science is not a cult

While Cath Clarke writes, “some call it [Happy Science] a cult”, she does not present any concrete evidence for the claim. Happy Science was established by Master Ryuho Okawa in 1986 and has now grown to be one of the most influential religious organisations in Japan. Happy Science Group is spreading its activities around the world to realise the ideals and the teachings of Happy Science in society. This is achieved through holding such activities as establishing boarding schools, a political party, movie production, and many other social contributions, all with the aim to create tangible happiness. These activities are supported by its faithful members all around the world. Whether or not an organization is a cult should be determined by examining what kinds of fruits it has been producing and whether it is accepted and supported by a large number of people.


You can confirm with your own eyes, whether or not the movie, Immortal Hero is a “garbage”, during its screening between Friday 6 and Thursday 12 March in London