“Nostradamus Speaks on the Path to the 22nd Century” is Available to Watch in Happy Science Temples! 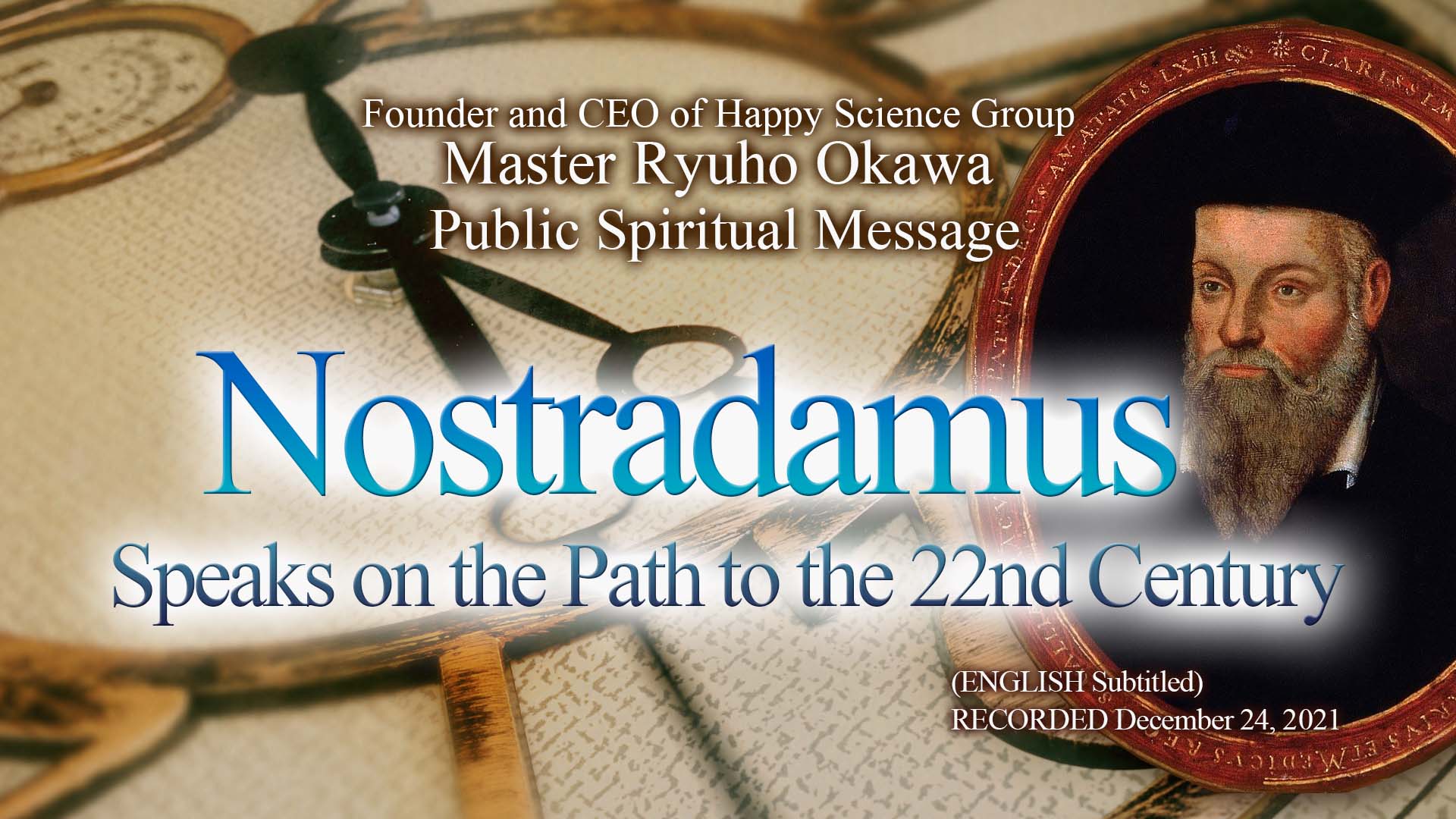 Astonishing world affairs from 2022 and onwards! How is the future of Japan and the world seen?


In this spiritual message, having Nostradamus’s opinion as a reference, he gave a bird’s eye view of the 21st century and discussed the future of China, the Korean Peninsula, North America, the Middle East, Europe and Japan, as well as scenarios for space people intervention. Also, it’s been predicted that this 10 years will be a very crucial period.


Not only Happy Science members but also those who have interest in prediction of the future or Nostradamus’s prediction, supporters of the Happiness Realization Party, religious people, and etc.

【Point】
◆The forecast of “war” in each country. What can we do to stop nuclear war from happening?

◆When is the timing that China starts to invade Taiwan?
The state of China in 2050 or so is revealed in detail.

◆How will the United States act from now on? Is there a resurgence of former president Trump?

◆The fate that awaits Japan. Japan needs to change their national traits and what are the conditions of becoming a world leader?

◆You can witness the conclusion within 10 years. “The scenario of hope” that destroys the prophecies of misfortune.

◆What is the reason why “The Laws Of Messiah” was preached and Nostradamus came to give a talk once again?