Trump Shall Never Die: His Determination to Come Back is out now! 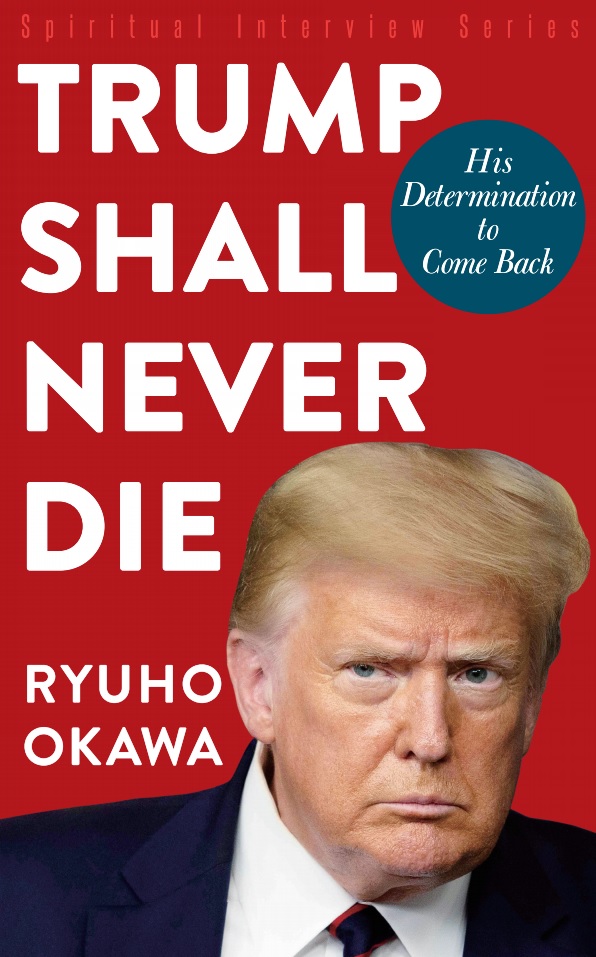 What was the 2020 presidential election all about? What was Mr. Trump fighting for? And what was it that he aimed to achieve during his presidency?

Using his spiritual abilities, author and spiritual leader Ryuho Okawa conducted a spiritual interview with the guardian spirit (the subconscious mind) of the former U.S. President Donald Trump and unveiled his true thoughts never reported by the media. The topics include the “madness” found in GAFA and the mainstream media, Mr. Trump’s views on the coronavirus vaccine and global warming, and the true aim of “Make America Great Again.”

By reading this book, you will have a clear picture of how Mr. Trump sees the world situation and also realize how the world now needs true leaders who can think about world justice.

“Ever since Mr. Biden was announced the winner, many incidents have occurred in just a few months, such as the growing uncertainty of North Korea, China’s implementation of hard-line policies on Hong Kong and increasing pressures on Taiwan, and the military coup d’état in Myanmar (Burma). Also, the WHO research team was easily driven out from Wuhan. ‘Trump shall never die’—people’s call for Mr. Trump will grow louder by the end of this year.” ― Ryuho Okawa, Preface―