“Spiritual Messages from the Guardian Spirit of Aung San Suu Kyi – Will peace come to Myanmar? –” + “UFO Reading 61 (Wilmar in Planet Wilmar)” is Available to Watch in Happy Science Temples! 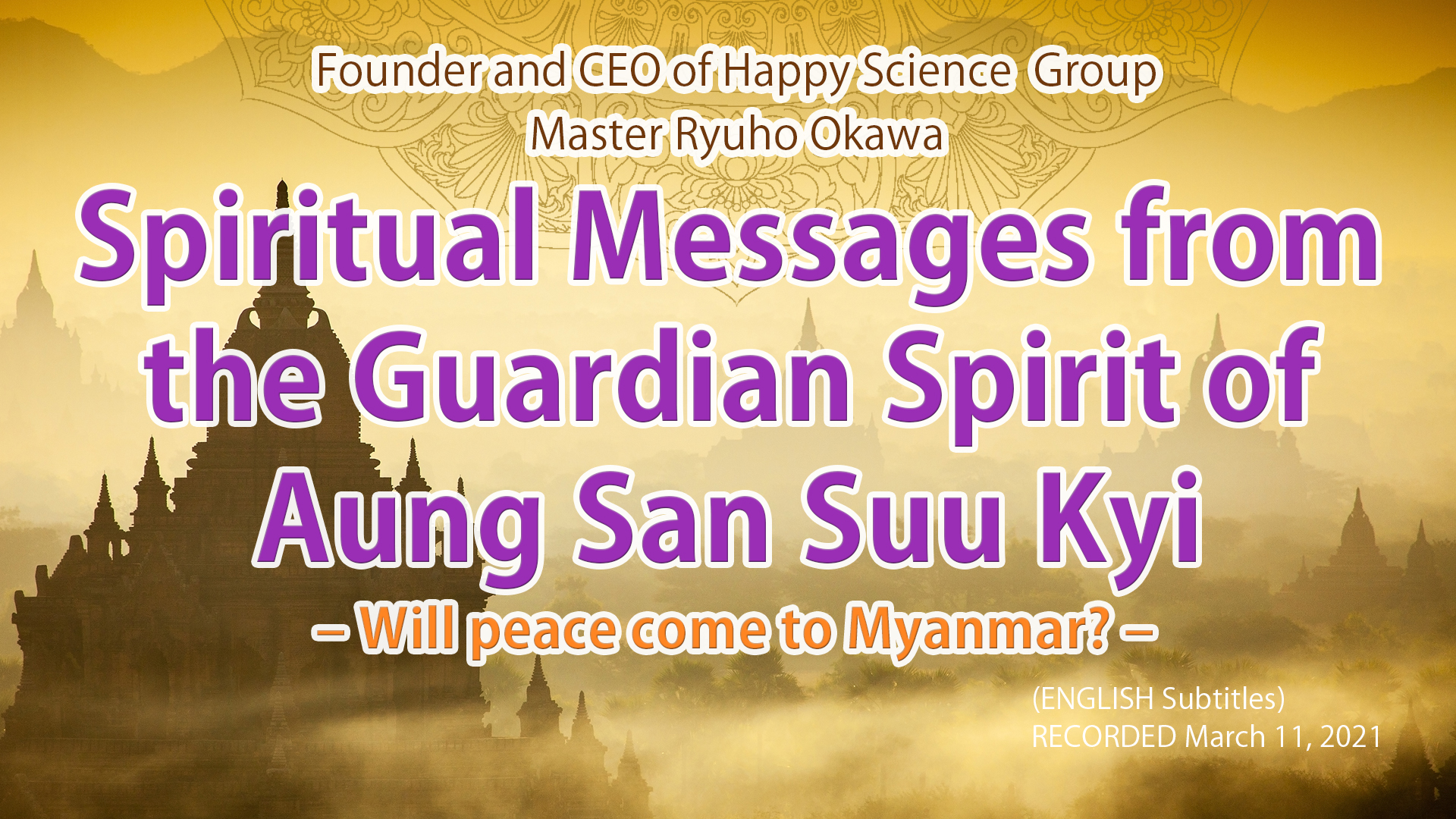 The truth about Myanmar’s military coup is revealed!


A Burmese politician, diplomat, author, and a 1991 Nobel Peace Prize laureate who served as State Counsellor of Myanmar (equivalent to a prime minister) and Minister of Foreign Affairs from 2016 to 2021. She has served as the president of the National League for Democracy (NLD) since 2011, having been the General Secretary from 1988 to 2011. She played a vital role in Myanmar’s transition from military junta to partial democracy in the 2010s.


A Burmese army general who has served as Chairman of the State Administration Council of Myanmar since 2 February 2021, a position which makes him the country’s de facto leader. He has also been the commander-in-chief of Defence Services since March 2011. He seized power after overthrowing the elected government led by former State Counsellor Aung San Suu Kyi in the 2021 Myanmar coup d’état.

◆Suu Kyi’s past lives in Japan, India, and Europe are revealed!

Spiritual messages from the GS of Min Aung Hlaing
◆What is the secret agreement with Xi Jinping? After all, is China pulling the strings behind the scenes?

Overall comments by Shakyamuni Buddha
◆Expectations for Happy Science and a message to us.

Messages from Wilmar in Planet Wilmar
◆Asking Buddha from the universe for help with the current situation in Myanmar!

“With Savior-Messages from Space Being Yaidron”

“The Space Being Keeping an Eye Over the Earth – Spiritual messages from R. A. Goal –”