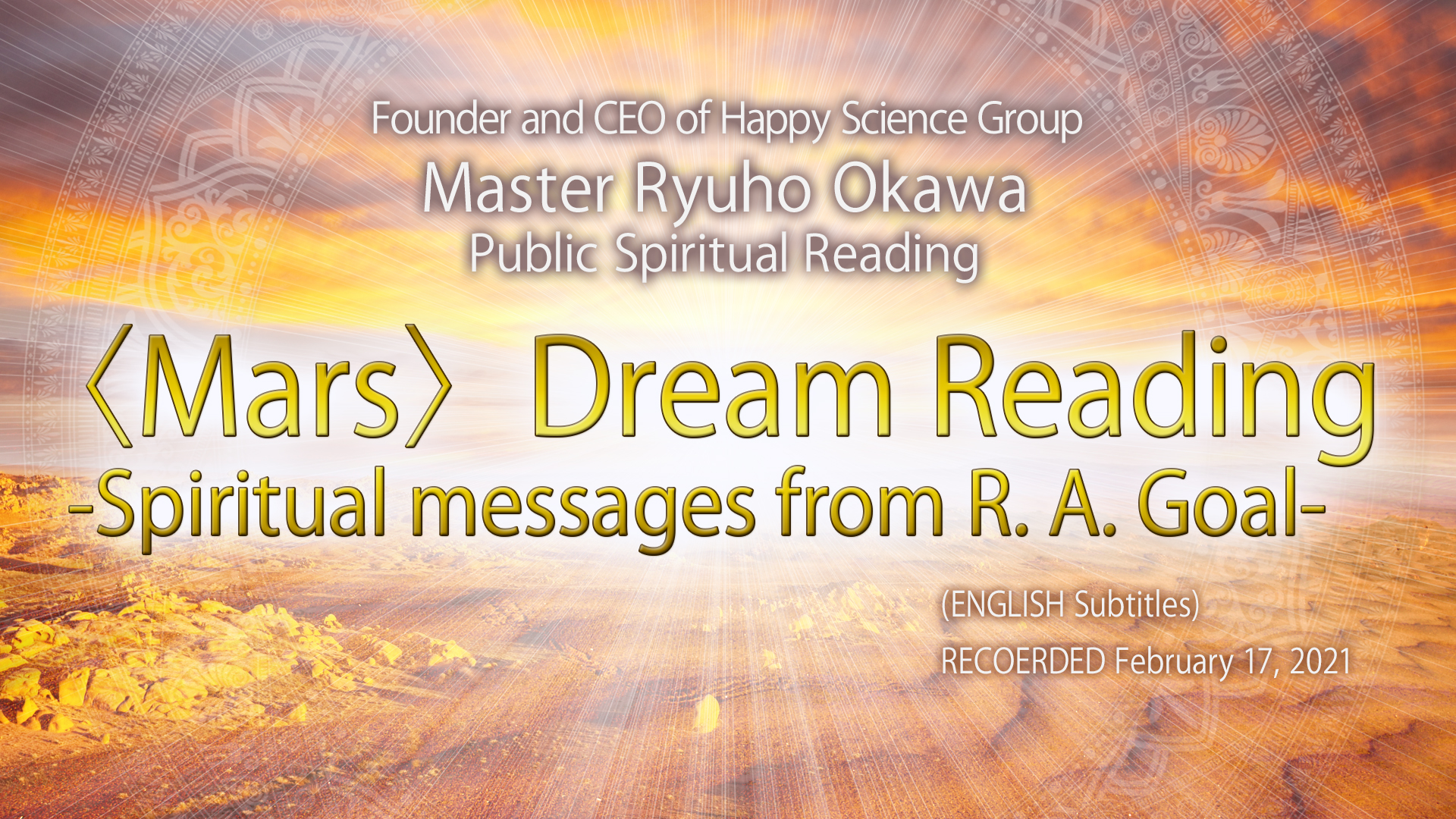 Astonishing! A huge, New York-like man-made city beneath the surface of Mars.

In this spiritual reading, a dream interpretation for Master’s dream of going to Mars, R. A. Goal gave explanations about the underground city of Mars, which is developing in the same way as Earth, the role of Mars as a frontline base, the direction of “The Laws of the Universe,” and so on.

A space being from Planet Andalucia Beta in Ursa Minor. One of the commanders of the space defense force and a certified messiah. He has an aspect as a religious leader and has the power to create a superior civilization on a planetary level. Currently, he is responsible to protect El Cantare. He is one of the beings who is the cosmic soul of Shakyamuni Buddha.

◆Master’s “Missionary Tour around the Universe” is about to begin!


Not only Happy Science members but also those who have watched the “The Laws of the Universe-Part 1” (HS Production), those who are interested in the universe or space beings, etc.

“With Savior-Messages from Space Being Yaidron”

“UFOs Caught on Camera!: A Spiritual Investigation on Videos and Photos of the Luminous Objects Visiting Earth”

“The Space Being Keeping an Eye Over the Earth – Spiritual messages from R. A. Goal –”