The Happiness Realization Party has released the statement on the coup d’état in Myanmar. 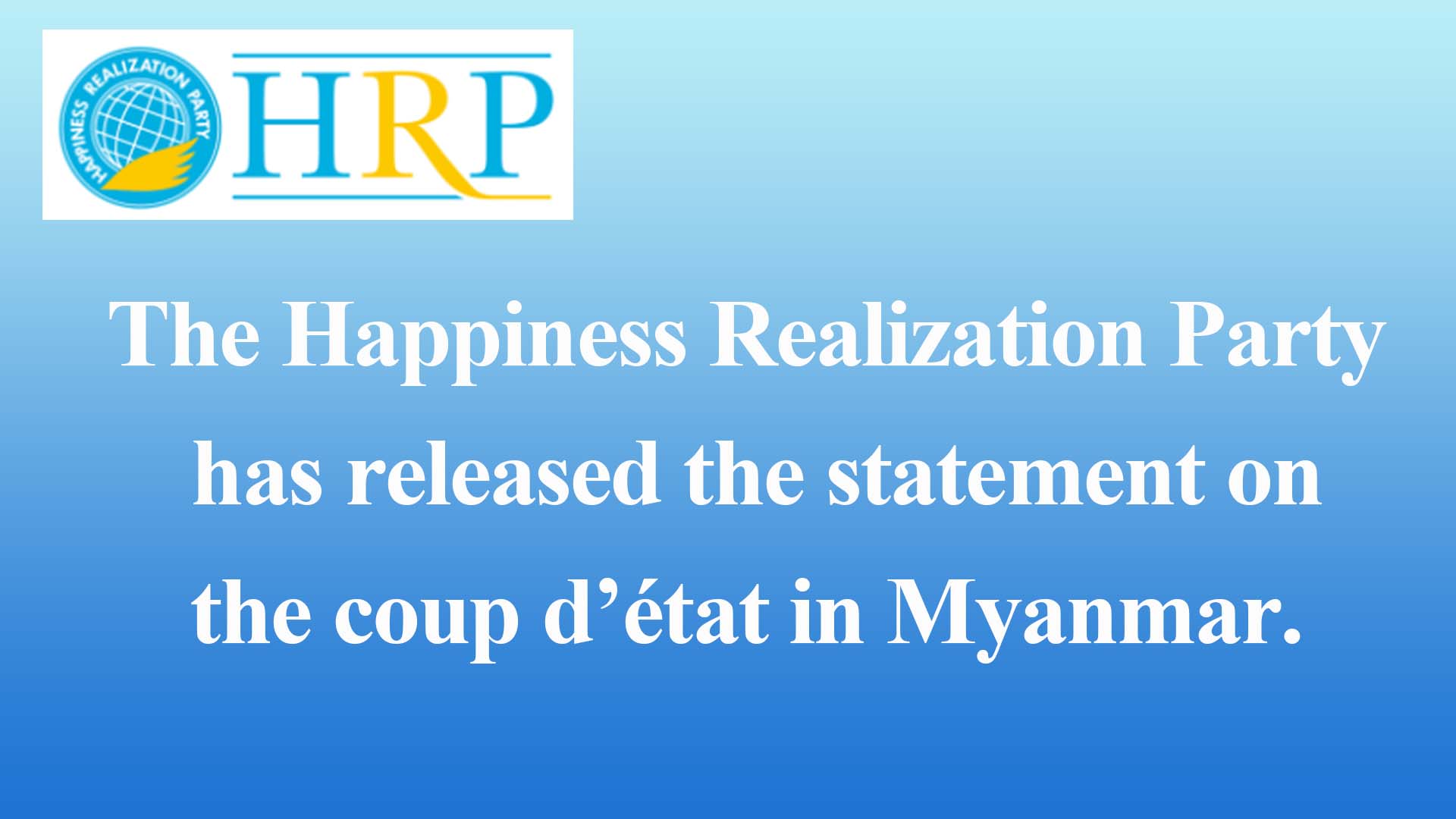 The Happiness Realization Party has released the following statement on the coup d’état in Myanmar.

Japan Must Demonstrate Its Stance to Protect Democracy in Myanmar

It has been about a month, since the military launched a coup d’état in Myanmar. The military has been repressing the demonstrators who protest against the coup d’état, and even resorted to using lethal violence, as many deaths of innocent citizens have already been confirmed. The international community, which respects freedom and democracy, has raised condemnations.


Furthermore, on February 1, the Myanmar military placed Ms. Aung San Suu Kyi – the leader of the National League for Democracy (NLD) which has been in power so far – under house arrest on bribery charges. It is not only a human rights violation, but also a crisis of democracy to take away the freedom of the aged Ms. Aung San Suu Kyi. The Japanese government must demand the immediate release of Ms. Aung San Suu Kyi and suspension of violent behavior against civilians, from the viewpoint of protecting human rights.


The political upheaval in Myanmar is not a “fire on the opposite shore” for Japan. Taking advantage of the coronavirus crisis and the start of the Biden administration in the U.S., China has been demonstrating its intention to expand its hegemony in the South China Sea, East China Sea, and some other areas. The involvement of China, which has close ties with the Myanmar military, in this coup d’état has been pointed out.


If Myanmar falls into the hands of China and its hegemony extends to the Indochina Peninsula, Japan’s vital sea lanes will come under China’s control.


Also, the Japanese companies which were trying to relocate their overseas offices from China to Myanmar, will become reluctant to do so, and thereby lose the opportunity to move out of China’s economic zone.


In the past, Japan mistakenly defended the Chinese government, which caused the Tiananmen Massacre and was isolated internationally, leading to the subsequent rise of China. Japan must have the insight to see through China’s deceptive plans, which lie behind the coup d’état, and raise its voice to protect democracy in Myanmar.


The Happiness Realization Party demands that the Japanese government let Japan be reborn as a leader nation, which will realize prosperity and peace in Asia, based on the universal values of “Freedom, Democracy and Faith.”