“Zoroaster—How to Fight against the God of Darkness in the Universe” is Available to Watch in Happy Science Temples! 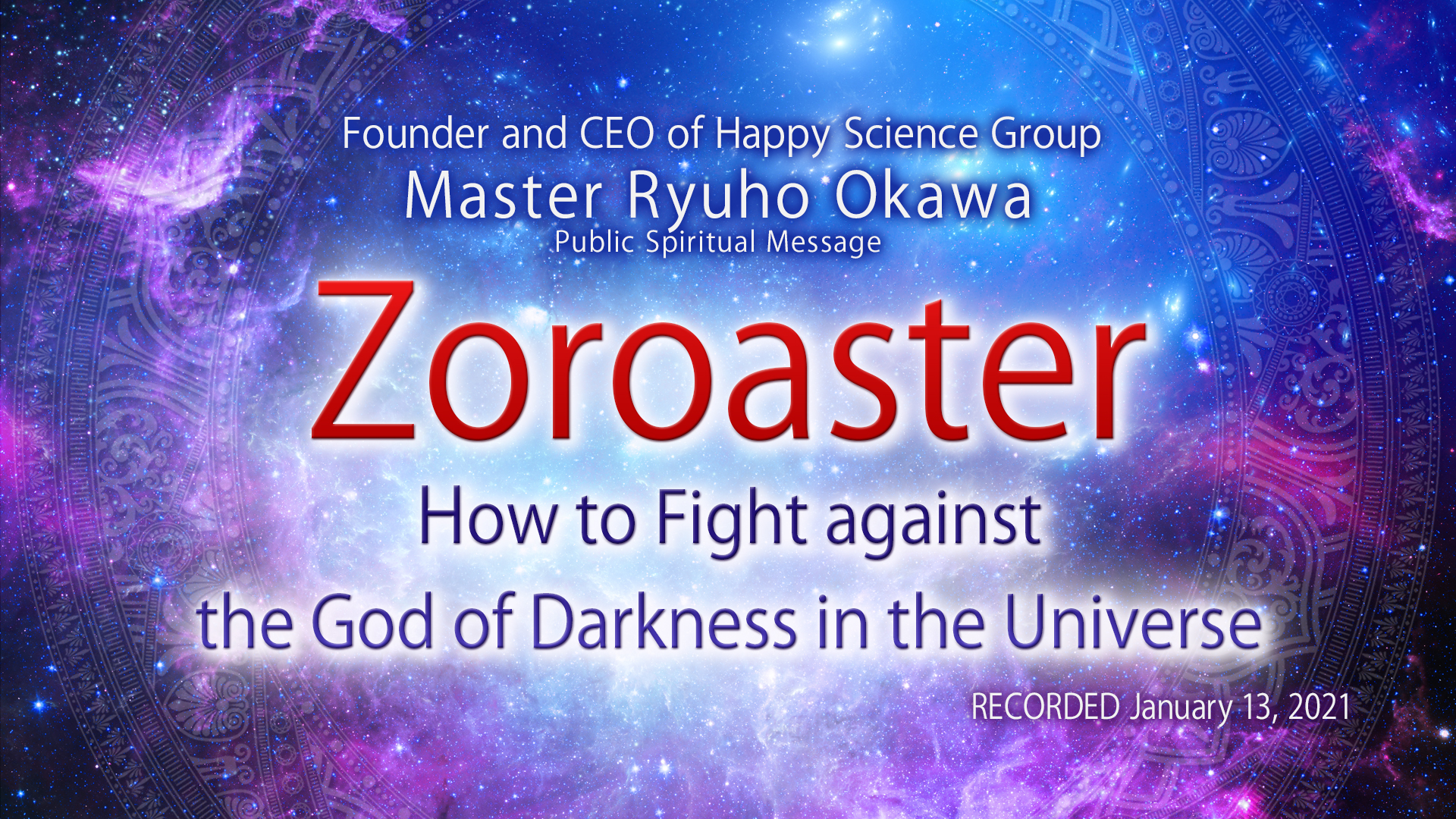 We can understand the scheme of the god of the dark universe!

What kind of relations are there with the origins of totalitarianism and the god of the dark universe? In this spiritual message, as Zoroaster mentioned the battle between light and darkness, he talked about the true identity of Ahura Mazda and the importance of learning the teachings of Happy Science from multiple perspectives.


The founder of Zoroastrianism that believed in the duality of good and evil, and that used fire in its worship.. He was born about 100 years before the time of Buddha in the area that is now the southern part of Russia. Zoroastrianism spread mainly in Iran at that time and became the state religion of Iran (Persia) for a while. The content of the teaching was the duality of good and evil: “The two great forces, light and darkness, Ahura Mazda and Ahriman, are running the world.

“With Savior: Messages from Space Being Yaidron”

◆Was the story of Adam and Eve based on the science and technology of the aliens?

◆Did the dark universe intervene with Adolf Hitler?

◆What is the relationship between the “dark universe’s plan” and totalitarianism?

◆”Walk-In” by malignant aliens are happening to many important people and organizations? – How to prevent from being “Walk-In” is also revealed.