The Truth about Karma 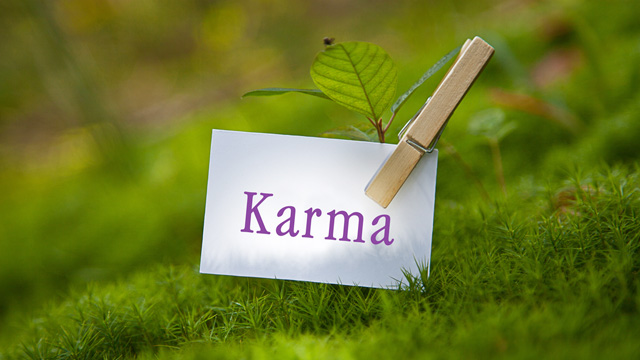 Karma is a cumulative result or effect which is created by individual’s will and actions throughout many lives on earth. In other words, karma is the soul’s tendency formed during the process of reincarnation. People may talk about ‘bad karma’ but it is we who are creating our own karma through the choices and actions we take. By being aware of our tendencies and making deliberate effort to make better decisions, we can change our karma and change our fate.


“To put it in a modern way, karma can be explained as the tendencies of the soul, because karma is the imprint of memories from past lives that remain in each soul.”

The Essence of Buddha p.137


In most cases the word “Karma” has a negative connotation as karma is the concept that has been used to explain the reason for misfortunes people encounter in life. However, the word “karma” means “action” and according to “The Law of Cause and Effect” actions can lead to good results as well as bad. Karma is formed by the choices we make according to the tendencies of our soul and the actions we take as a result of our own judgment. The tendencies of the soul are like habits and patterns of thinking individuals have picked up over the course of their lives. When situations similar to those faced in past lives reoccur, people can repeat the same patterns of action and get caught in the same traps over and over again. 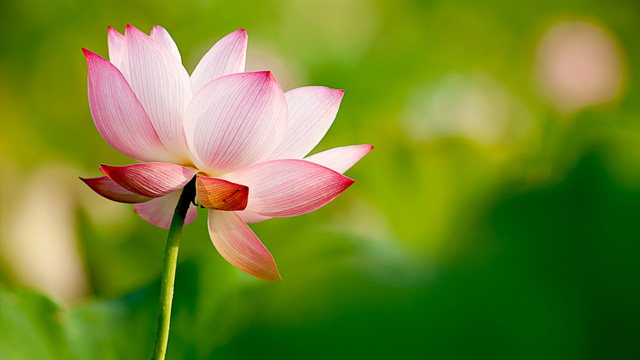 How Negative Karma is Created

Living life on earth with a physical body blinds us to what is right or wrong for our soul, making us susceptible to mistakes. The grief and suffering we experience is the natural effects of “The Laws of Cause and Effect” – we must reap what we sow. The general term for delusions of the mind that come from the soul dwelling in a physical body is “worldly desires”. Typical worldly desires include greed (excessive desire), anger, foolishness (ignorance), pride (conceit), doubt (suspicious mind) and false view (mistaken opinions). These are known as the “Six Worldly Delusions.” Swayed by worldly delusions and not knowing any better, we often commit mistakes, not once, but repeatedly, creating negative tendencies known as bad karma.

What is commonly known as “reaping the karma,” means atoning in this life for the mistakes we made in previous lives. For example, if a person killed someone in a previous life it is most likely that he will experience what it is like to be killed in his next reincarnation. He will taste the anguish of having his life cut off in its prime by becoming the victim of a murder, traffic accident or some man-made calamity. By reaping the karma in this way, he learns how precious life is. Conversely, someone who was killed by another person in his previous life will have the chance to retaliate in his next life. If he should retaliate with the same, he would create negative karma for himself. But if he stops himself from killing his perpetrator, then his enlightenment will advance a grade higher.

Usually in the background of trying to kill someone lies a lust for power (greed) – a desire to make the other person do exactly as we want him to, anger at him for not doing so, and ignorance (foolishness) that cannot envisage the repercussion of that deed. Namely, it is the individual’s own mind swayed by worldly desires that is responsible for producing wrong actions. Even though situations may not be as extreme a case as murder, conflicts that arise in this life in our relations with other people are often due to some kind of karma. In some cases we may be placed in the opposite position from our previous life so that we can understand the anguish or distress of the other party, while in other cases we are put into a similar situation as in a previous life in order to test whether or not we will commit the same mistake. In either case, karma gives us a chance to challenge once more the spiritual training tasks that we could not accomplish successfully in our previous lives. We are expected to face our problems and strive to overcome them. In this way, not only can we make things better for the people around us but we can raise the state of our mind as well.

The Way to Surmount Negative Karma

Negative karma is born from worldly desires. The way to surmount it is to understand the pattern of mistakes we are repeating and to become aware of the wrong tendencies of the soul that are the source of our suffering. We cannot change our karma unless we make continual efforts to confront our own worldly desires. Misguided religions say that the cause of our unhappiness is “the result of bad karma.” and they recommend performing physical austerities, purchasing trinkets or chanting sutras to sever that karma; however, we cannot surmount karma unless we reflect on ourselves, find out why we keep making the wrong decisions, acquire the wisdom to know better and make the effort to restrain ourselves from falling into old habits. This is what spiritual discipline is and it is a discipline to transform ourselves into someone that is not swayed by worldly desires. The principle of self-reflection – one of the principles of the Fourfold Path – helps us to discover our worldly desires and counteract them, the most powerful method to do so being the Eightfold Path. By continually putting those teachings into practice we can become aware of the part of us that is easily controlled by worldly desires (greed, anger and foolishness) and can surmount our karma by repeated efforts to extinguish them. Negative karma is a part of our workbook of life – we reincarnate into this world in order to improve our karma.