The world premiere for the movie, The Laws of Universe –Part 0 was held at DIRECTORS GUILD OF AMERICA in Los Angeles! 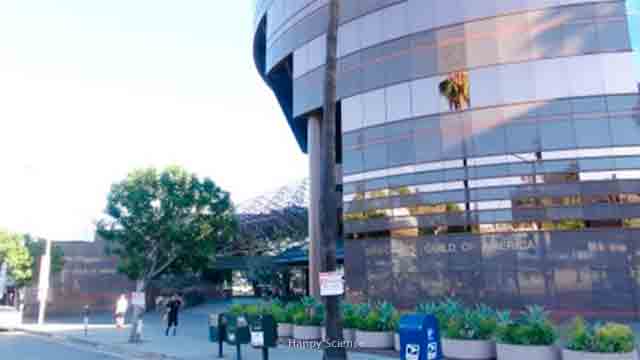 
On Saturday, September 26th, the world premier was held at DIRECTORS GUILD OF AMERICA in Los Angeles. The venue was full house with people including the movie staff and cast, industry participants, and fans looking forward in watching the movie. After the movie was shown, there was a great round of applause and the audiences were impressed with the quality of the newest animation film created by HS PICTURES STUDIO. 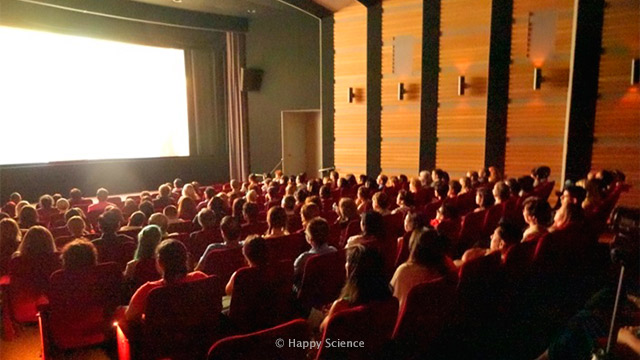 
There was a greeting from the film director Mr. Imakake and the producer Mr. Matsumoto at the stage. Many local medias came and interviewed the English voice actors such as the famous comedian Tom Kenny, who voiced the Ummo alien and Fred Tatasciore who voiced the Reptilian. 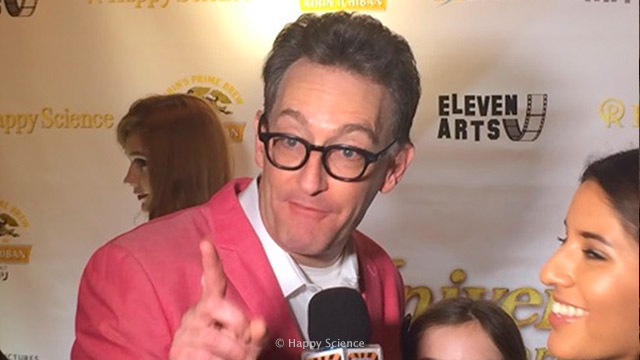 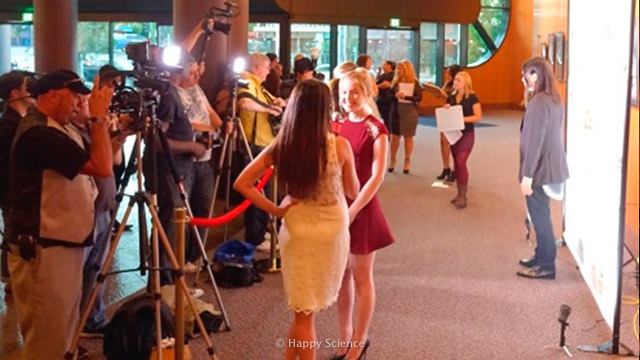 Group of reporters from the local media 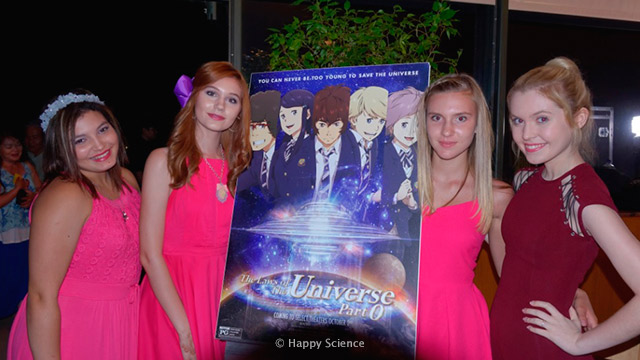 Here are some comments from the audience

“The animation was beautiful and the story was amazing!”
“It was very new and interesting how it tried to combine science and the spiritual world.”
“I can’t wait to see the sequel.”

For more info, go to : http://www.thelawsoftheuniverse.com/