Flash Report: The 2015 Celebration of the Lord’s Descent Lecture, “The Great Turning Point in Human History.” 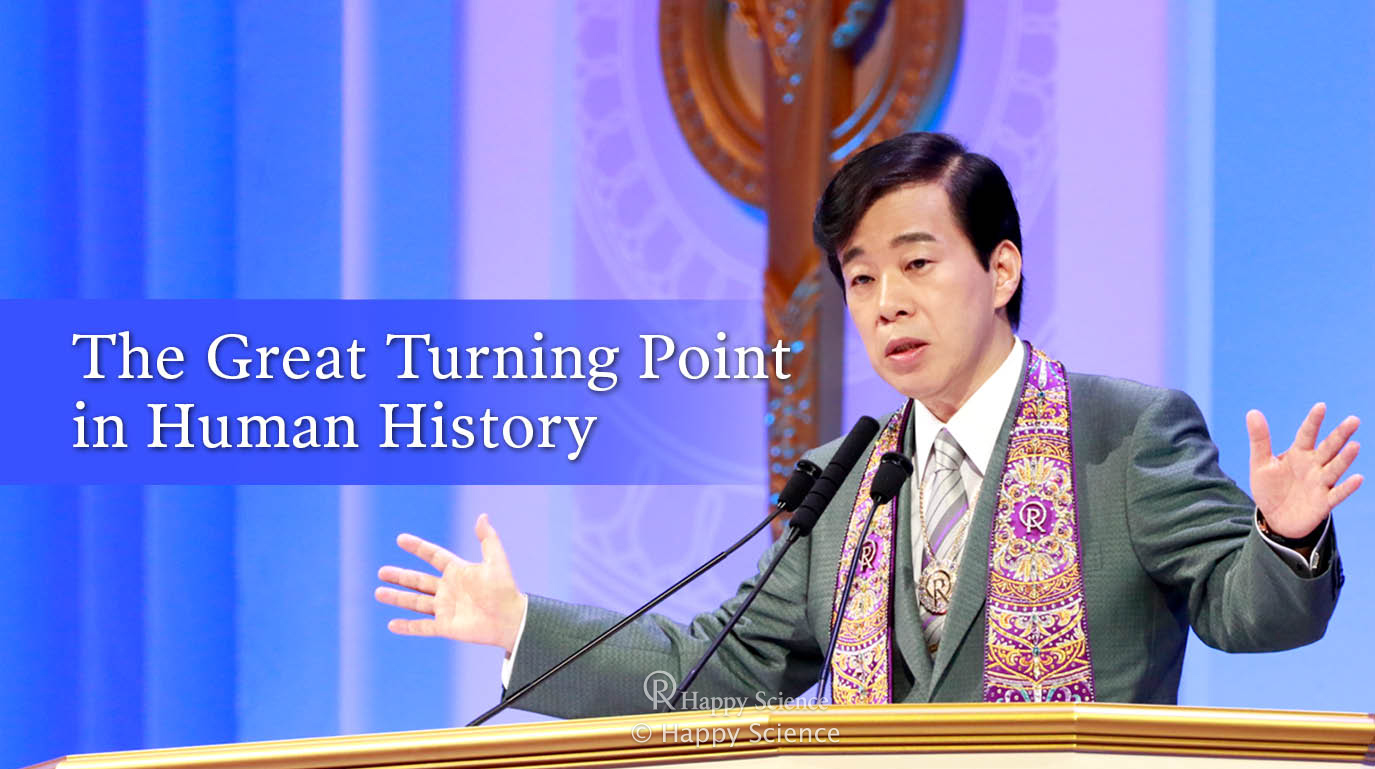 On July 7th, the Saitama Super Area was used as the venue for the 2015 Celebration of the Lord’s Descent lecture titled, “The Great Turning Point in Human History.” It was broadcasted all over Japan and the world in 3,500 different locations. The Saitama Super Arena was filled with an audience of approximately 18,000.

Also at each of the broadcasting sites, members of Happy Science go beyond the differences of skin color and language and came together connected by faith to celebrate Master Okawa’s birthday.

At the venue, there were booths set up from various Happy Science groups such as IRH Press, Happiness Realization Party, HSU, Happy Science Academy, HS Institute of Government and Management, International Headquarters, and online TV program, “THE FACT.” These booths entertained the visitors by introducing their group activities.

There were international visitors that rushed over for the Lord’s celebration from places such as America, Australia, Europe, Africa and South East Asia.

Several hours prior to the lecture, special performances were given to audience. Audience participated and enjoyed the performance. The mini-stage also presented the first preview of the movie, “The Laws of the Universe- Part 0” to be released this coming fall.

Right before the lecture, the choir sang a sacred song of offering and the whole venue was filled with a blessed mood. Finally, the moment came when Master Okawa stepped up to the podium into a shower of applause. 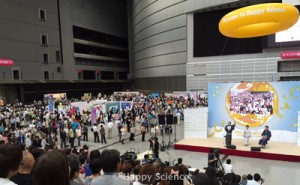 How the Future World Should Be

In his lecture, he first pointed out that Japan has a big responsibility as the world leader, and that it has not regained itself for 70 years since their defeat in World War II. Because of this, Japan cannot serve its mission despite its national power.

In addition, he touched on topics such as laws on gay marriage, gun society, illegal drugs and racism that are of concern in developed countries. Also, he pointed out that the political-economic chaos around the world, such as the Greece and EU, and the South East Asia and China’s military base problem, are due to the lack of wisdom. In order to solve these problems, he taught how important it is to attain wisdom to make correct judgements.

Master Okawa also clearly indicated the path that Japan should take so that it can show how the future world should be.

Others topics included several teachings that are needed by humanity to help Japan and the world to prosper, so please watch it at your local Happy Science branch or temple.

* This lecture can be viewed at Happy Science branches and temples throughout the world. 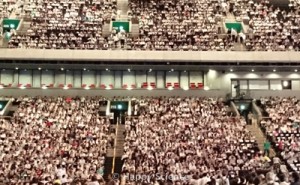 Master Okawa’s lecture today was very powerful. Master’s insight into world affairs is phenomenal. His ability to analyze world problems from a higher perspective and offer solutions and encouragement brings warmth into my heart. I felt that Master made very valid points about racism in America and it take much effort and reflection to overcome these issues. (America, Male, 30’s)

Master Okawa mentioned the WWII which caught me by surprised because many people refrain from this topic. Master covered the current political and economic issues which may danger the financial stocks exchange in the world. I wish Japan will be able to “lead” the Asia or Asean soon. (Singapore, Female, 50’s)

As a Frenchwoman, it was interesting for me to listen to economic and political facts, especially regarding the EU. Master Okawa’s point of view is quite refreshing and different from the mainstream opinion of the European or French media. Master’s approach on a life without retirement was also quite enlightening. (France, Female, 40’s)

The scale of Master Okawa’s lecture was large. I knew very well that Master is thinking of the world and Japan very sincerely. (30’s, Female)

I saw visitors from outside of Japan and thought they were incredibly festive. Listening to the lecture made me very motivated! (20’s, Male)

I was touched that he gave us his precise opinion towards serious problems in various countries. (30’s, Male)