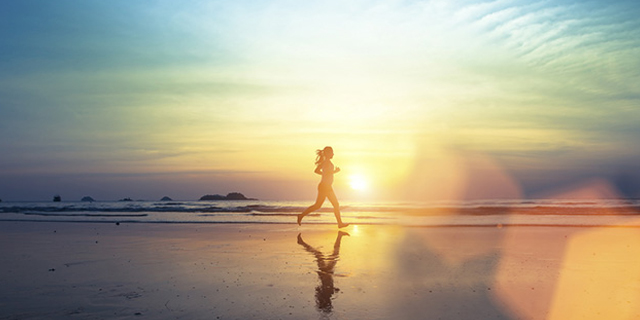 Spiritual possession is a phenomenon in which a stray being from the Spirit World constantly or temporarily possesses and exerts negative influence on a person living on earth. Most commonly they are known as “evil spirits” and, although many people may scoff at the idea, it is a real and undeniable fact that they exist and influence our lives.


“One of the reasons people is unable to succeed but instead walk a path of failure is spiritual disturbances, the effect of stray spirits.”

The Laws of Happiness p.99

Evil spirits (souls who have gone to hell after death) are spirits that have a strong attachment towards the earth and human way of life. Spirits in hell do not understand they are spiritual beings. All they know is life with a physical body, so they are consumed with the desire to satisfy their materialistic needs. Because reincarnation from hell is impossible, they aim to possess a person living on earth. By possessing a human being, evil spirits can feel just as if they have their own physical body, feeling the physical sensations and satisfying desires for food, sex, money, power and the like.


The only prerequisite for evil spirits to come and stay with a person living on earth, is to find someone whose mind is on the same wavelength as theirs. Evil spirits cannot stay with a person living on earth if he or she is always calm, benevolent and altruistic. But if his or her mind is dark with hatred and anger stays that way for extended periods of time, then it will attract evil spirits who, being on the same wavelength, can sneak into the person’s mind and stay on earth for five, ten or even many more years. This is what is known as spiritual possession.

When humans are possessed by evil spirits, their character changes and they seem to no longer be themselves. If the possession is expressed very strongly, a person may become very aggressive, greedy or jealous, he may start to eat and drink to excess, or lust after the opposite sex like an animal. The human body feels heavy when it is possessed by an evil spirit: the neck and shoulders feel stiff; the spine and lower back feel heavy. A vicious circle starts when a person is always in a bad mood and no longer gets on well with other people. When a personality turns really bad it can sometimes indicate a possession by two, three or more spirits. A severe mental illness occurs when multiple spirits possessing a person push the person’s own soul out of his physical body.

People can be possessed by detrimental animal spirits as well as by evil spirits. If a person always emits the same kind of negative thoughts, not just stray human spirits, but also animal spirits might wrap themselves around the person’s body. This phenomenon usually would have an effect of making the person prone to various illnesses. What is more, amongst these stray spirits there are some malicious spirits that actively want to destroy the happiness of the people in this world. They manipulate a person’s mind to deliberately make him act in a way that will lead to unhappiness and bring chaos to people’s lives. People who are psychic can see the phenomenon of spiritual possession in a form of a hazy small cloud clinging to the tops of possessed peoples’ heads, shoulders, or other parts of the body

The Cause of Possession Lies in a Mistaken Way of Thinking

The roots of spiritual possession lie in the thoughts of a mistaken mind. A person will be possessed by animal spirits if he has a mind that has forgotten human dignity and is like that of an animal. This is because a mind that cannot restrain its greediness, a mind that tries to deceive others, a mind that is crazed for the opposite sex, can be in alignment with animalistic spirits. Moreover, if a person cannot control his anger, rants, raves, and blames others, he will draw in the violent spirits of Ashura hell. The cold-bloodedness of someone who is indifferent to other people’s feelings, who is very self-assertive and thick-skinned, leads him to coming under the control of egotistic evil spirits.

How to Banish Stray Evil Spirits

Cassettes and CDs of Master Okawa’s lectures are excellent for repelling evil spirits. Reciting the basic Happy Science sutra, such as “Buddha’s Teachings: the Dharma of the Right Mind,” or special prayers in “Prayer Book I” and “Prayer Book II” are also very effective tools to fight against evil spirits
(more details).


A special service, such as a “Ritual Prayer for Exorcising Evil Spirits” can be performed by a minister at Happy Science local branch or temple. This prayer, when combined with the individual’s self-help attitude, has the power to free a person from spiritual possession and allow God’s (Buddha’s) light to shine through the clouds of his or her mind again.


“The basic methods to protect yourself from demonic forces are: to not approach them aimlessly, to not have any connections with them and to attune your mind to the vibrations of the heavenly world. Know that there are many cases where the causes of setbacks in life upgrade into the seeds of awakening. It is crucial to never ever let go of your faith.”