“Spiritual Messages from Kandahar / Commander Z” is Available to Watch in Happy Science! 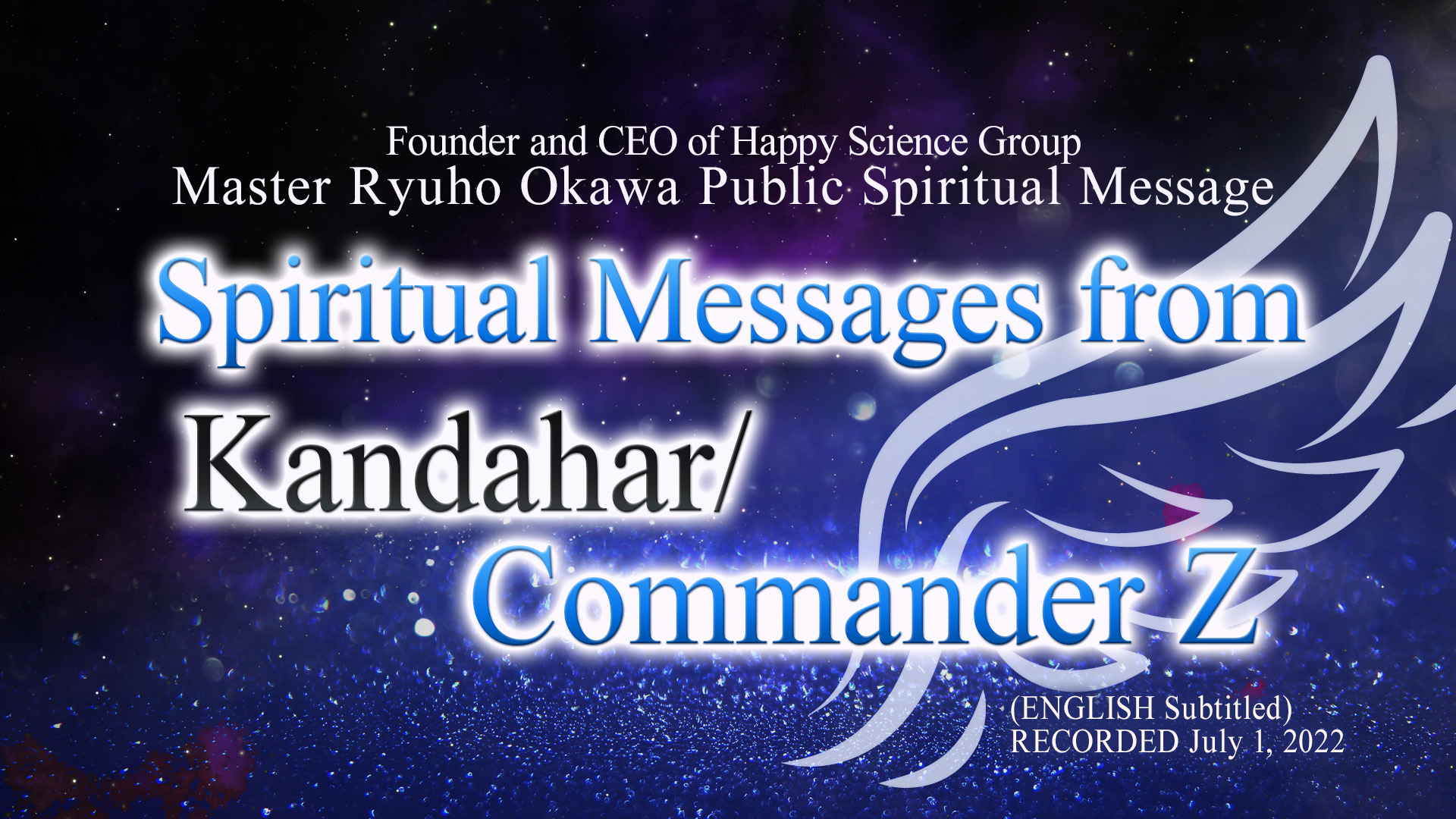 We cannot be defeated by the evil god of the dark side universe!
The message of “hope” given from Commander Z.


The spiritual message reveals that the evil god of the dark side universe, commander Kandahar is trying to hinder the Lord’s work. But from Commander Z, he talks about the power of influence of the novel “The Unknown Stigma 1, 2, 3,” on the mindset of how to counter attack the evil god, and his thoughts on the upcoming world issues. These spiritual messages are recommended to those who are interested in the universe, space beings, or who have read “The Unknown Stigma,” those who have interest in International Politics, and etc.

【Point】
[Spiritual message from Kandahar]
◆What is the relation between Xi Jinping and Kim Jong-un?

◆After all, why did Kandahar came to give a message?

[Spiritual message from Commander Z]
◆The true indentity of Commander Z and the meaning of “Z”.

◆How is he looking at the “world war” or “China” or “Democracy” or the “mass-media”? What kind of “conclusion” will he reach to?

◆The “revolution” he is trying simultaneously with “The Japanese divine world,” “Islam,” “Christianity,” and “atheist”.


I strongly felt that I would like to fight with the Lord against the chaos in the world with another level of “faith” and “hope” in God and Buddha.（20’s Male）