The Descent of Japanese Father God Ame-No-Mioya-Gami: The God of Creation in the Ancient Document Hotsuma Tsutae is out now! 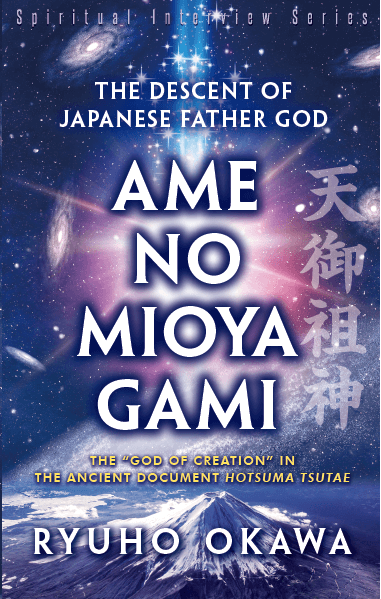 There used to be the God called Ame-no-Mioya-Gami in Japan. He came from the Andromeda Galaxy to land on the foothills of Mt. Fuji about 30,000 years ago. Using his spiritual abilities, the author and spiritual leader Ryuho Okawa explored the mystery of the super ancient times and found the astonishing truths about the roots of the Japanese civilization. He also found that Ame-no-Mioya-Gami is connected to the God of the Earth El Cantare, whom Jesus called “Father.” By reading this book, you can find the origin of bushido (samurai spirit) and understand how the ancient Japanese civilization influenced other countries. Now that the world is in confusion, Japan is expected to awaken to its true origin and courageously rise to bring justice to the world.

In this book, you can also read:
● The existence of Messiahs in different galaxies
● The truth about the parallel world
● How Vishnu is connected to Ame-no-Mioya-Gami
● Why certain people, including John Lennon, are contacted by space people