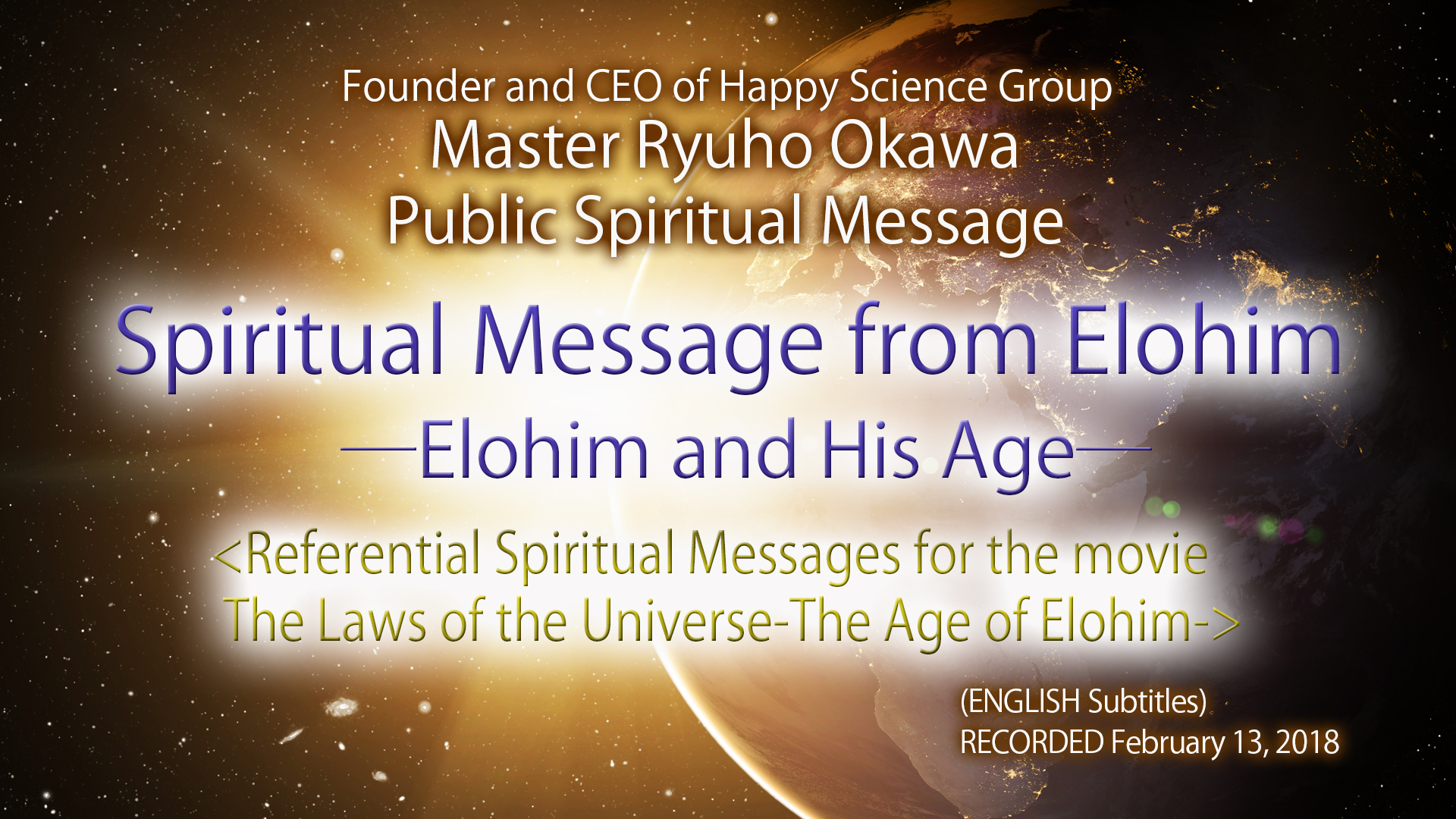 What are the values on earth that were shown in the time of God Elohim?

Master Ryuho Okawa gave us a spiritual message, “Spiritual Messages from Elohim: Elohim and His Age ーreferential spiritual messages for the movie The Laws of the Universe -The Age of Elohim” on February 13th, 2018.

God Elohim told us about the lives of the people on earth in the time of God Elohim and the way of thinking of the space people at that time, as well as revealing about the faith, earthly love, justice and truth that God Elohim preached.

◆What is the true meaning of “faith” as taught by God Elohim?

◆Why was Hell created? – What was the starting point of Lucifer’s falling into hell?

◆”Freedom without God” is a dangerous runaway. – To avoid following the same path as the past civilizations that have perished.

“Now, here, Elohim is thinking about.”
The Laws of Secret
The Laws of Faith
In Love with The Sun-Spiritual Message from Gaia (Only in Happy Science Facilities)