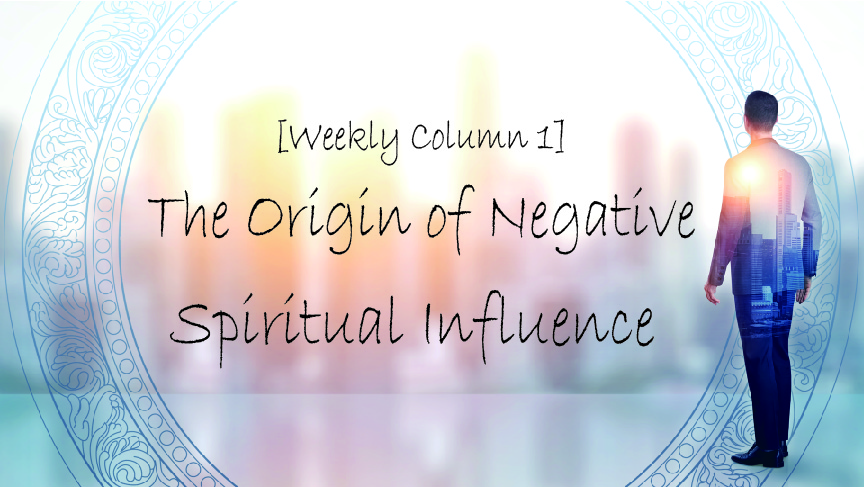 Have you ever become negative? Lacking in energy to do anything? Or you feel that people are speaking ill behind your back? The answer to that may be simple. The influence of “EVIL SPIRITS” or “STRAY SPIRITS”.

When solving life’s problems, it is very important to understand the negative influences of spiritual beings. People who believe in the existence of the spirit world may wonder about the existence of ghosts. Although people have heard of ghosts in fairy tales or horror stories, they do not imagine spirits having anything to do with their reality. In the unseen world, however, spirits that exert a negative influence are certainly active and they try to influence us in certain ways.

So what are these spirits? The best way to describe them is as spirits who are responsive to the negative energy emitted by human beings, that is to say the energy of people’s negative thoughts. People who constantly have negative thoughts while they are alive on Earth go to the realm of hell after they die, and live there as stray spirits.


In other words, stray spirits were not originally created at the beginning of time; they are those who strayed from the right path in the process of living and it is possible for anyone to become a stray spirit.

Stray spirits can be described as confused, misguided, negative or even evil beings that have strayed from the path of Truth.


As human beings, we have been granted the freedom to hold any thought we want in our minds, and by exercising this freedom we are able to change our very being. Through full use of this freedom of thought, people are able to turn themselves into either beings of good or beings of evil. Stray spirits are those who failed to use this freedom correctly.

Where did they go wrong?

I would like to look closely at this point. The reason people become stray spirits is they have generated thoughts that hurt others. An attitude of loving oneself is not wrong, but it is an undeniable fact that self-love contains feelings of either active or passive ill-will toward others. Within the egocentric mindset is the wish to pull other people down or the wish to be number one.

If applied correctly, the wish to value oneself can accord with the principles of development and prosperity. However, if this is even slightly misused, it will cause a great number of negative consequences. For example, if you think only of yourself, you will not mind about the consequences of throwing garbage into a river; you will not care that it creates problems for the people living downstream. For this reason there are specific rules for garbage disposal. If you were only concerned about keeping the inside of your own house clean, you could easily toss your garbage out onto the street, but this is not permitted. Those who cannot understand why this is not allowed will not be liked.

Whether or not individuals are able to understand such rules is what demonstrates their humanity, because the fundamental challenge of being human is how to live as an individual while at the same time living in harmony with the whole of society. As an individual, each person needs to manifest his or her own uniqueness and distinctive qualities but, at the same time, the individual needs to create harmony and contribute to the development of the whole.

Here is the origin of stray spirits. As a result of the conflict between the freedom of individuals, negativity is created in the form of distortion, and stray spirits embody this negativity in the course of their lives and live based on it. Humans are spiritual beings, and their thoughts reveal their true nature. Trying to attribute the cause of misfortune to the environment or to other people is the reason negativity arises. You should consider the correct way – or a better way – to live as a human being, from the point of view of governing your inner self. Although it is difficult to change your environment, you can always change your thoughts.


→ Next week, we will look more closely into the ‘existence’ of the evil spirits.