Death and the Afterlife 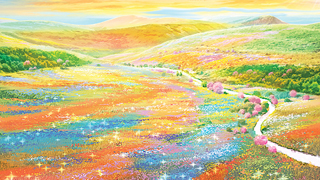 Death is not the end of life. Death is just a departure for the Spirit World, which is our true home in the afterlife. People today know about earthly things in much greater detail than they did in the past, but when it comes to the important spiritual matters such as death and the world after death, it can be said that the people of the past were much more knowledgeable. Information concerning the world after death is not taught at schools, many people believe that talk of the world after death is old-fashioned, and spend their lives in ignorance of it. This results in all kinds of confusion when they die and return back to the Real World.


“All human beings have eternal life. No matter how strongly intellectuals may reject the idea, our souls are eternal; we are beings living in an eternal chain that consists of past, present and future.”

The Philosophy of Progress p.32

The Moment of True Death

True death does not occur when the physical body stops functioning. The moment of true death is when the “silver cord” connecting a physical body and a soul is severed. It usually takes place about one day after physical death and is also closely related to how quickly a person is able to accept his or her death.

Where Do Souls Go After Death?

During the first seven days or so, the soul of the deceased person usually remains close to the place he or she lived and tries to follow the lifestyle he or she was used to. The destination that souls take after death varies, and souls can be divided into three groups accordingly:

1. Souls that cannot begin their departure to the Spirit World and become “earth-bound spirits” (ghosts) because they lived with a totally materialistic view of life and strongly denied life after death, or are emotionally attached to something in this world to the point of not being able to let go.

2. Souls who fall straight to hell, because living on earth, they led a life full of evil and were possessed by more than four or five hell spirits at the time of death. These souls cannot make the normal departure to the other world, and instead, they go straight down to the depths of hell.

3. Souls that depart to the Spirit World with the help of a “Spirit Guide”. The majority of people usually wander around their house during the first seven days after their physical death, but when their consciousness becomes clear enough, a “spirit guide” comes to help them to realize that they are already dead. This spirit guide could be, in an ordinary case, a close friend, an acquaintance, parents or a sibling who died earlier.

Departure to the Spirit World

After a deceased person accepts that he is dead, “an expert spirit guide” comes to meet him. Depending on the person’s religious background or belief, an expert spirit will take the form of a Buddhist monk, Christian priest or an angel, and guide the person to the River Styx, which divides this world and the next.

The River Styx may appear different depending from person to person, but in essence it represents a border in the person’s consciousness and once it is crossed, he cannot return to the physical world. At this point everyone must contemplate how best to cross and the way each person crosses shows the level of purity of the soul and how easily he can get rid of all his worldly attachments.

The Screen that Projects Your Life on Earth

Eventually, after crossing the river Styx, the person comes to the place called the “Mirror of Truth”, where the record of his life is projected on a mirror or screen. Many souls who have an interest in the person’s life, come down to watch his “life movie”. The movie shows what kind of person the deceased really was, revealing his thoughts and all his actions to the audience. By the time the screening is over, the person himself more or less realizes the result and if there are lessons he needs to re-learn, he will go to the most suitable place for learning in the Spirit World.

Spirit World – the World that Corresponds to the State of Mind

Since the Spirit World is governed by the law, “like attracts like/ Same Wavelengths’ Attraction” and only thoughts exist there, the state of mind is the main criteria which decides where a deceased person goes. A deceased person goes to the world inhabited by people with the same type of mind as his, be it Heaven or Hell.

Thus, the sum of all the elements in life on earth determines where people go after death. The destination after death is determined by following the rule of self-responsibility. All people have the freedom of choice in their life and what appears after death reflects the choices they have made.

All people have to review their lives after they die, but by beginning this self-reflection process in advance, they can achieve spiritual progress much more swiftly. This is what true religions teach.