Spiritual Interviews with the Guardian Spirit of George Lucas and the Spirit of Carrie Fisher: Awakening Messages to the Space Age is out now! 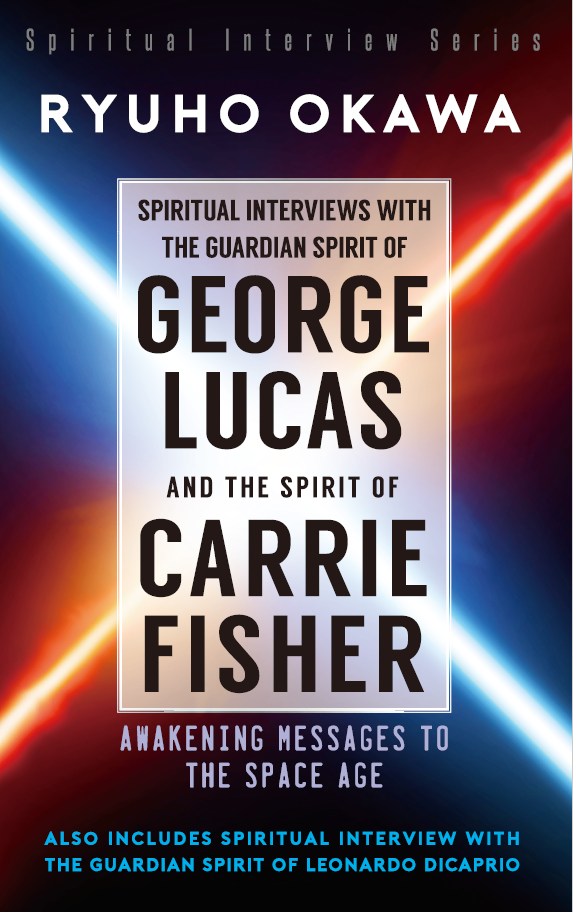 May the Force always be with those who believe in God, both on Earth and in the universe.

“It appears the spirit of George Lucas is related to Zoroaster and the strong images of Light and Darkness and Jedi came down. The battle for Space Justice has been happening not only in the fictional world of movies but also in reality through the past, present, and future.” ― Ryuho Okawa, Preface―

In January, 2020, author and spiritual leader Ryuho Okawa watched the movie, Star Wars: The Rise of Skywalker and the spirit of late Carrie Fisher came to the author. This was how the spiritual interviews with her spirit and the guardian spirit (the subconscious mind) of George Lucas came into being. Two weeks before these interviews, the guardian spirit of Leonardo DiCaprio had also visited. This book records spiritual interviews with the three spirits.

In the world today, a large totalitarian nation is aiming to take control of the world, while small democratic powers are trying to resist its attack. By reading this book, you will realize that similar battles were already happening in outer space, and that the Star Wars Series is a saga based on the real-life stories.

◆Chapter 1: Spiritual Interview with Carrie Fisher
1 Star Wars Episode IX and a Visiting Spirit
2 The Meaning of the Force
3 Star Wars and the God of the Universe
4 She Suggests Contact with Lucas’ Guardian Spirit

◆Chapter 2: Spiritual Interview with the Guardian Spirit of George Lucas
1 One of the American New Religious Teachings
2 Main Concept: The Pursuit of God’s Force
3 Star Wars is the Reality of the Universe
4 The Battle between the Light-Side and the Dark-Side
5 Who is Lucas’ Spiritual Teacher?
6 Influence from Kurosawa and Lucas’ Past Lives
7 Promoting People’s Awakening to the Space Age
8 I Might Be the “Pre-advice” of the Great Savior
9 What He Hopes for Future Space Movies