Sayaka Okawa “A Lecture on “Woman’s Enlightenment” –also for men–” is Available to Watch in Happy Science Temples! 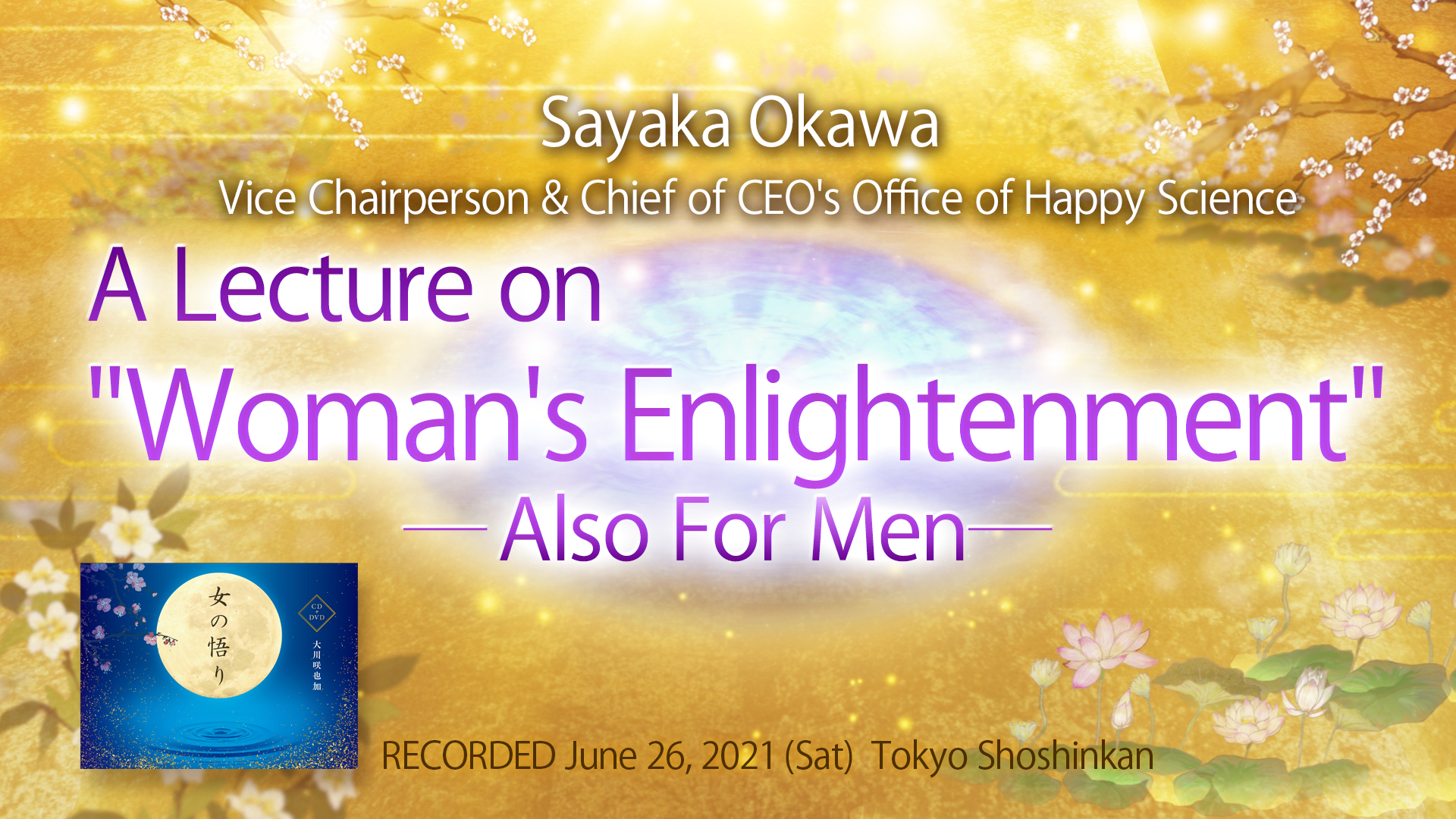 “A Lecture on “Woman’s Enlightenment” –also for men–”

Vice Chairperson and Chief of CEO’s office of Happy Science, Sayaka Okawa has given a lecture at Tokyo Shoshinkan.

◆ The importance of staying humble and self-effacing”.

◆ Guidelines that you must have in transcending the difference of male and female to pursue enlightenment.

◆ About the first three women who were chosen as nun in Japan.

◆ The true figure of women who can up-lift men.

Sayaka Okawa is Vice Chairperson and Chief of CEO’s Office of Happy Science. The eldest daughter of Ryuho Okawa, Sayaka was born in Tokyo in 1991. She graduated from Ochanomizu University in Japan. She has published over 60 books that cover a wide range of topics, spanning historical non-fiction, religion, and literature. Some of her main works are Spiritual Kojiki Nyumon (literally, “Introduction to Spiritual Records of Ancient Matters Vol. 1 & 2”), Musume Kara Mita Okawa Ryuho (literally, “Ryuho Okawa as Seen from His Daughter”), Okawa Sayaka no Bungaku no Susume~Sekai Bungaku Hen~ (literally, “Sayaka Okawa’s Guide to Literature -World Literature- Vol. 1, 2, 3”), Kokoro wo Migaku (literally, “Polishing the Mind”), and the novel, Beautiful Lure – A Modern Tale of “Painted Skin.”[All titles published by IRH Press.] A writer in her own right, Sayaka has written the screenplays for the live-action feature films Immortal Hero, The Real Exorcist, Twiceborn, and Beautiful Lure -A Modern Tale of “Painted Skin.” She has received several screenplay awards, including April Best Screenplay at Oniros Film Awards 2020 for The Real Exorcist, and August Best Original Screenplay at New York Film Awards 2020 for Twiceborn. Not only a talented writer, Sayaka is also an accomplished musician. She has composed and sung the song “HIKARI.” She has also arranged and sung the songs such as, “Hold On,” “Once More,” “The Real Exorcist,” “Becoming Buddha,” “With Savior,” and “Woman’s Enlightenment.” All of these songs are created by Ryuho Okawa with inspirations from heaven. The song, “With Savior” has won several awards, including December Honorable Mention in Song Category at New York International Film Awards and the music video of the song, “Woman’s Enlightenment” has won several awards, including the Bronze Remi Award Music Video Productions Vocalist at 54th WorldFest Houston International Film Festival.