“The Descent of Elohim” is Available to Watch in Happy Science Temples! 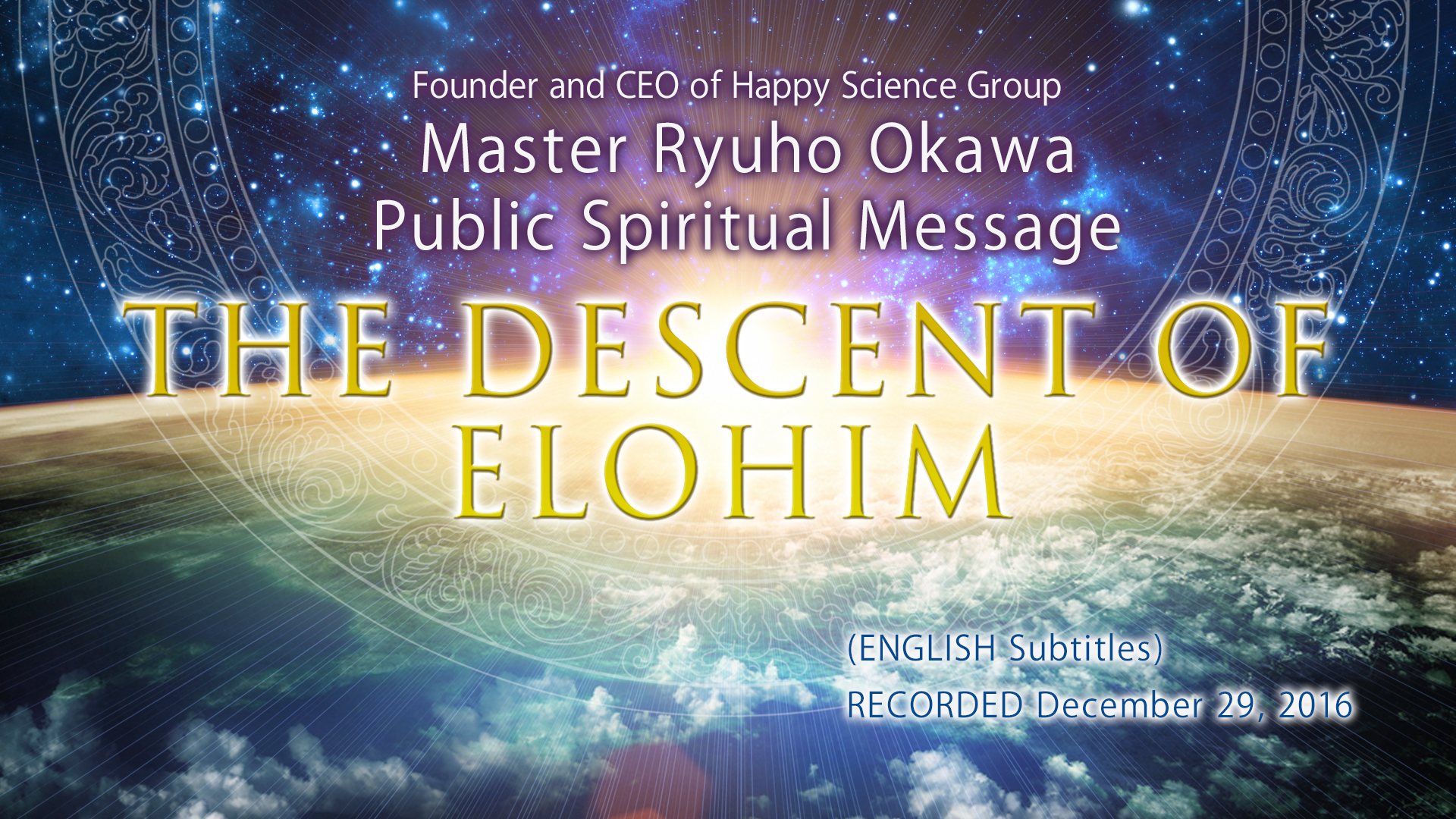 In this spiritual reading, Elohim spoke about the background of the time 150 million years ago when Elohim descended to earth, the state of the cities, the appearance and characteristics of the race from outer space, and etc. were revealed in detail. He also spoke about the teachings he preached to humanity at that time.

◆What was happening during the time of Elohim’s descent?
Why was it necessary to make a distinction between “earthly good and evil”?

◆Elohim’s “appearance” and “special abilities”. What are his fighting methods?

◆A real “space wars” over the Earth. And battles on a galactic level, beyond the Earth.

“Now, here, Elohim is thinking about.” The Laws of Secret
In Love with The Sun-Spiritual Message from Gaia (Only in Happy Science Facilities)