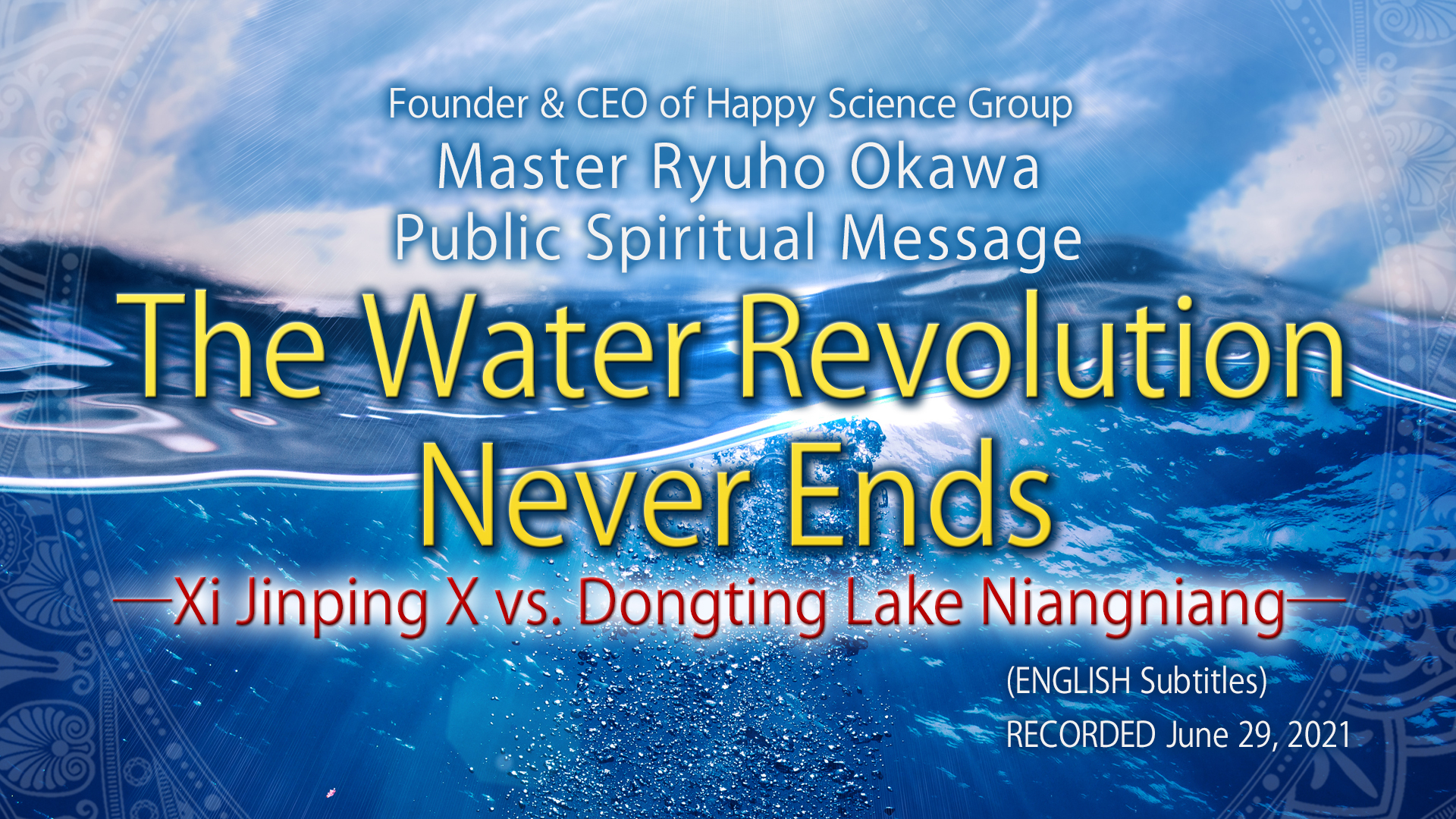 In the spiritual messages, Xi Jinping X talked about his ambition to conquer the world, and Dongting Lake Niangniang talked about his true identity, the reality of China as a papier-mâché tiger, predictions of China’s future, her strong will to destroy the Chinese Communist Party, the power of the speech of Happy Science, and etc.
【Specifically Recommended to…】


Not only Happy Science members but also the supporters of HRP, those who are interested in international politics, and etc.

◆Have the U.S. Secretary of State and Secretary of Defense already been bribed? – What is the plan after the 100th anniversary of the Chinese Communist Party?

Dongting Lake Niangniang
◆There are two beings who is controlling Xi Jinping behind the scenes! They are…

◆What are the effects of the “Water Revolution”? What are the reasons China is now targeting South Asia?

◆What will happen to China in the future? What are the forces of light that will oppose China?

The Water Revolution
A song celebrating Lord God
With Savior