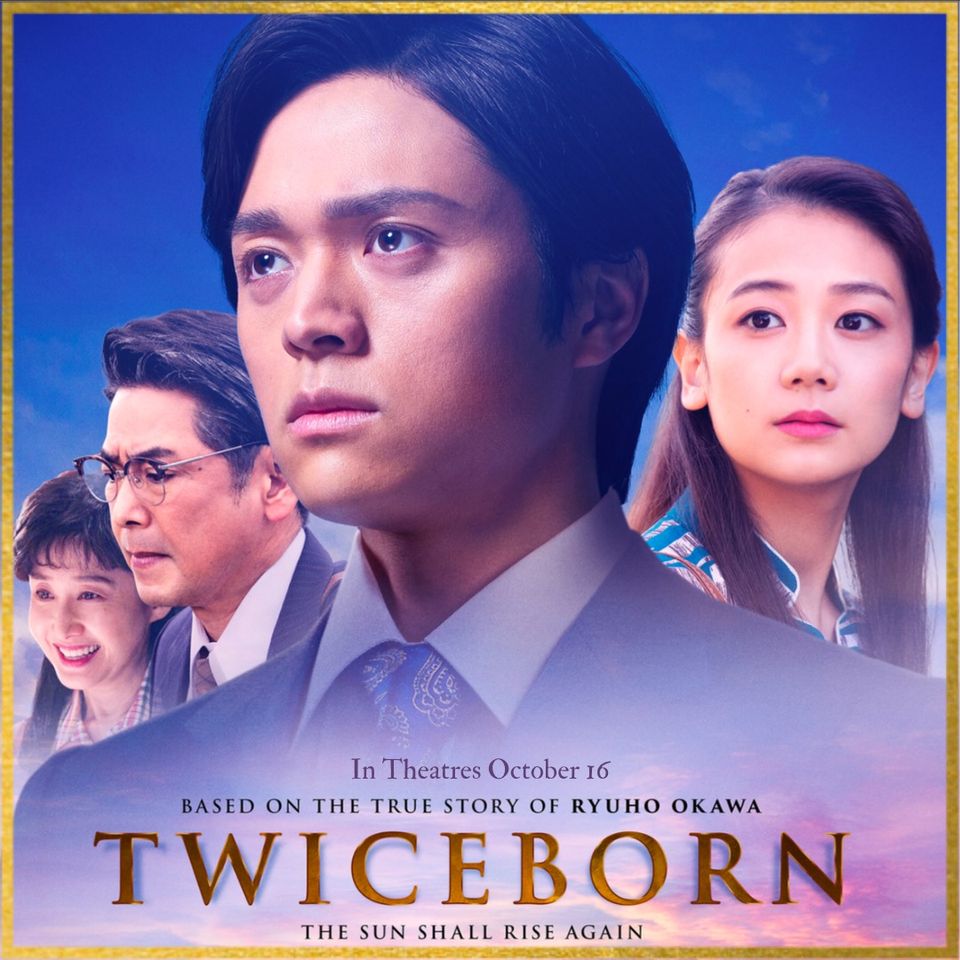 The sun shall rise again.


The movie, “Twiceborn” is a dramatic, inspiring account of how Ryuho Okawa, best-selling international author and spiritual visionary, came to recognize his miraculous mission and the obligation he carries to share the Truth with the world.


Award winning movie,”Twiceborn” will be in theaters from October 16th, 2020!

In July 1991, Satoru Ichijo is about to give a lecture in Tokyo Dome. The media pays attention to him as a “Great Charisma.” People who know Satoru recall him. Time goes back to a spring day right before the college graduation, Satoru receives a message from the spiritual world and realizes he has a mission to lead humankind to happiness. While he has constant contact with the spiritual world, Satoru becomes a successful businessman who everyone envies as an elite employee. He publishes “Spiritual Message” books one after another with his family’s support and to enlighten the world. One day, spirits tell him an overwhelming mission. “Your mission as the Buddha reborn, is to save all people by spreading the Truth.” Satoru tries to rise up to fulfill his mission, but his decision is shaken by the devil’s temptation. In solitude, Satoru chooses to live his mission as “Savior”, leaves everything behind including his loved one, and steps out onto the stage of Tokyo dome…