“Tragedy of a Man Who Wanted to be Buddha-Spiritual messages from Hajime Nakamura and Shoko Watanabe-” is Available to Watch in Happy Science Temples! 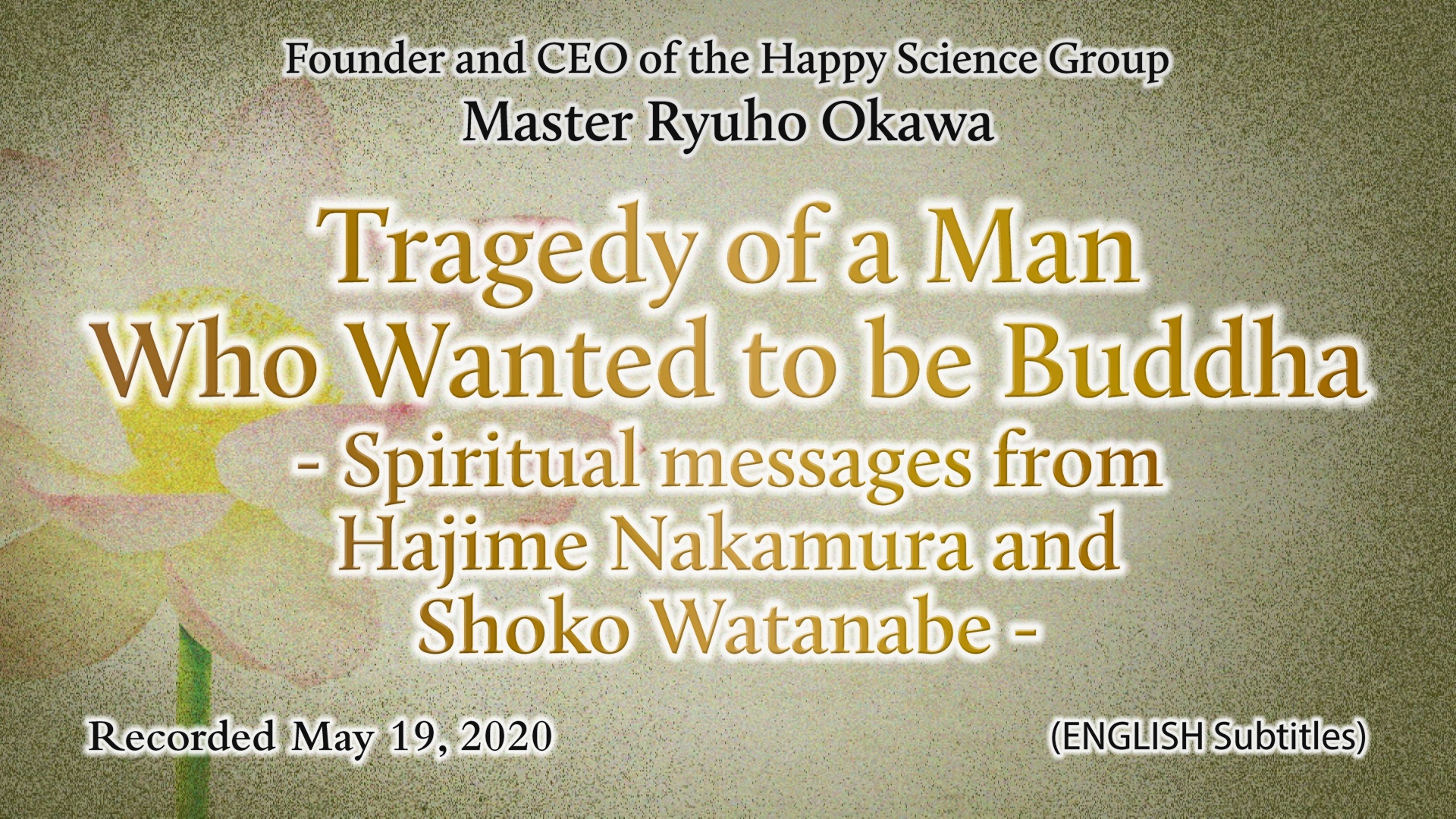 What kind of thoughts let people go down to hell? Master teaches us with a lot of examples!

In the spiritual messages, the spirit of Shoko Watanabe appeared and pointed out the mistakes of Hajime Nakamura, who advocated “Buddha is a human” theory and is now unaware of the fact that he’s in hell while calling himself a world authority.


☆－☆－☆－☆－☆
Hajime Nakamura (1912-1999): He was a Japanese Indian philosopher, a Buddhist scholar, and a professor emeritus of the University of Tokyo.

He published many monographs and essays as a global authority on Indian philosophy, Buddhist studies, and studies on comparative philosophy.

He was a rationalist and couldn’t understand and believe in the mystic part of Buddhism, which makes him stay in the Unconscious Hell now.


Shoko Watanabe (1907-1977): He was a Japanese Indian philosopher, Buddhist scholar, and a monk (Shingon sect).

He wrote translations of Buddhist scriptures and specialized papers on Sanskrit Pali.

Also, he severely criticized the present Buddhist order that they are having a strong sense of sect between the sects.
According to Master’s previous spiritual reading of him (10/16/13), he is in the spiritual world that is similar to where Nichiren lives. And he is also said to be one of the disciples of Kukai.

【Specifically Recommended to…】
Not only the members of Happy Science but also those who are related to religion and Buddhism, those who watched or will watch the movie, “The Real Exorcist”, etc.

“‘The Laws of Steel”

“The Laws of Steel Seminar”

“What You Should Know When You Fall to Hell”

“The Hell You Never Knew”