U.S.-Iran Conflict: The Spiritual Reason and Way to Peace: Spiritual Messages from the Spirit of General Soleimani and the Guardian Spirits of President Trump and President Rouhani is out now! 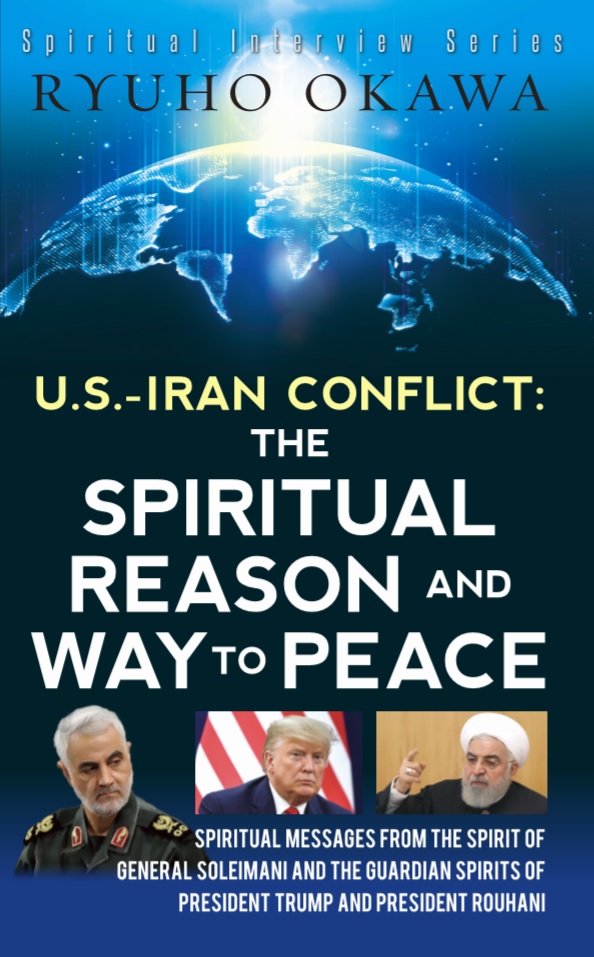 U.S.-Iran Conflict: The Spiritual Reason and Way to Peace was written by Ryuho Okawa with the sincere wish to help resolve the U.S.-Iran conflict from its deepest roots. Conflicts occur when people cannot understand each other. If they can, they will be able to accept each other. So, the important thing is to first disclose what they really think in their mind.

Okawa, with his unparalleled spiritual ability, summoned the spirit of Iranian General Soleimani, the guardian spirit of Iranian President Rouhani, and the guardian spirit of U.S. President Trump to record their spiritual interviews. When you read these spiritual interviews, you will know that the U.S.-Iran conflict is essentially a religious conflict between Christianity and Islam, and that this book offers a possible solution.

Okawa is the Master of Happy Science, a religion founded in 1986 and now joined by people in more than 100 countries across the world. As of December 2019, he has given over 3,000 lectures and has published a total of more than 2,600 books worldwide, many which are translated into 31 languages. Among these books, 500 of them are the Spiritual Interview series. He can summon any spirit, whether it is Christian, Muslim, Buddhist, Jewish, or any other religion.