“The Future of Thomas More’s Utopia” is Available to Watch in Happy Science Temples! 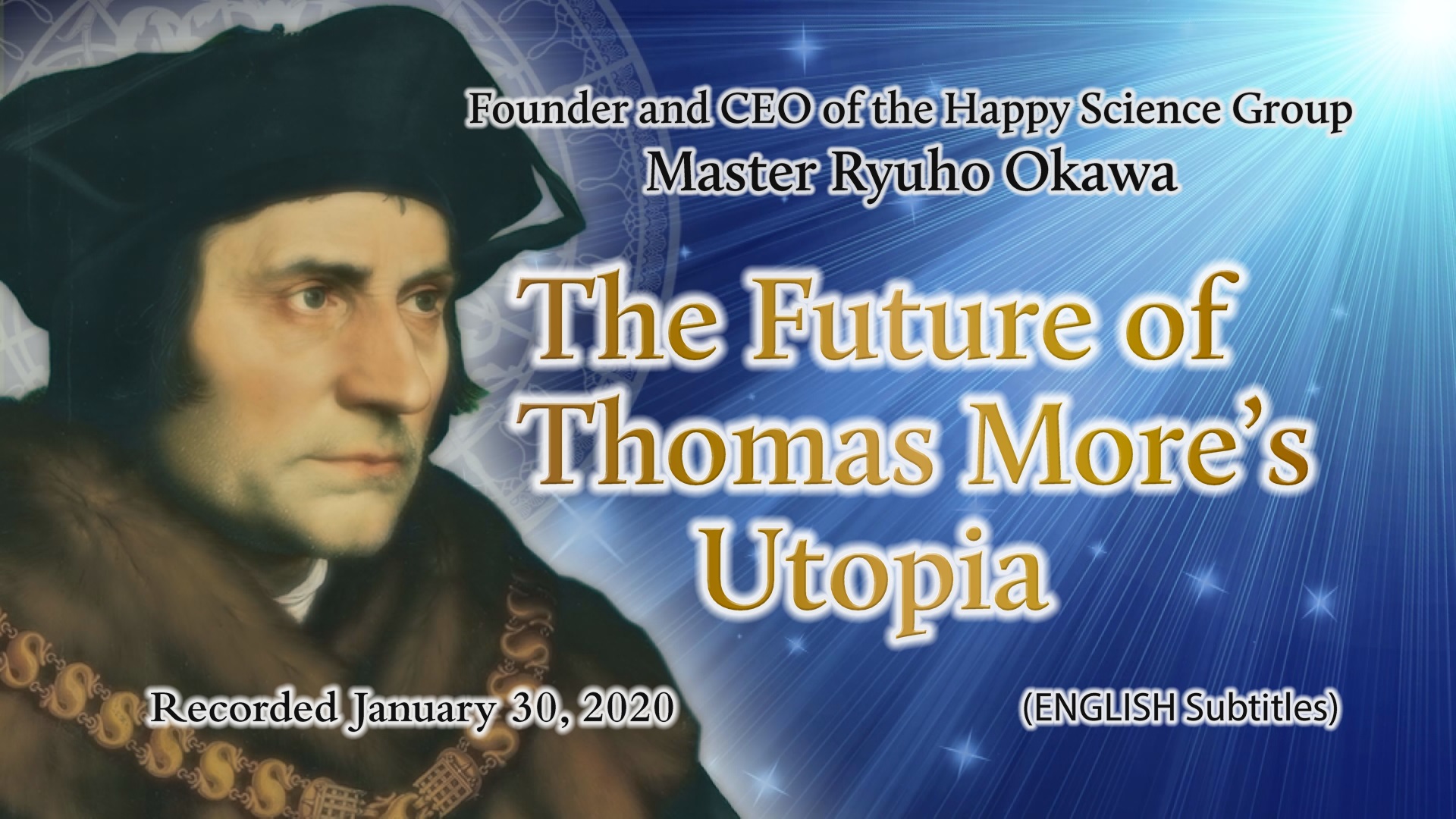 The author of “Utopia” speaks “faith” and “utopia society that expected to arrive in the near future.”

Master Ryuho Okawa conducted a spiritual message, “The Future of Thomas More’s Utopia”. In this spiritual message, as a sketch of the utopian society from the present to the future, Thomas More spoke about points to resolve the modern issues such as while this world is improving the convenience, people forget the nature of human beings.

An English lawyer, social philosopher, author, statesman, and noted Renaissance humanist. A spirit from the eighth dimensional Tathagata Realm. He was also a Chancellor to Henry VIII, and Lord High Chancellor of England from October 1529 to 16 May 1532. He wrote Utopia, published in 1516, about the political system of an imaginary, ideal island nation. Although he served Henry VIII, he opposed Henry’s divorce and was tried for treason and beheaded.

“Spiritual Investigation: Infection of the Novel Coronavirus Originated in China”

“What is Spiritual Message?”