Spiritual Messages from the Guardian Spirit of Ayatollah Khamenei and General Soleimani: For the Mutual Understanding between Iran and the U.S. is out now! 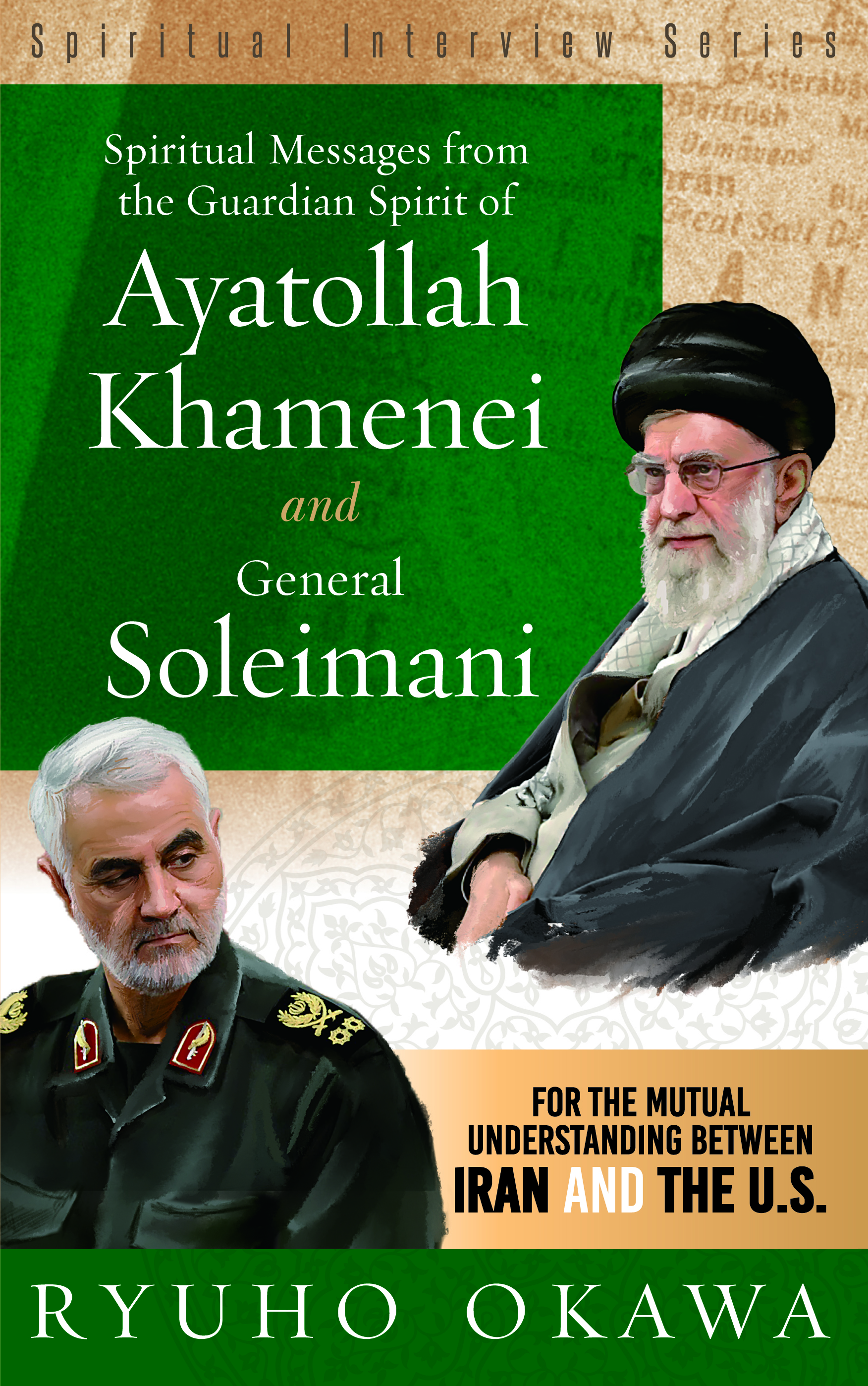 It’s an astonishing reality. In January 2020, U.S. forces killed Major General Soleimani by drone attack while he was in Iraq. Only a day after his death, his spirit visited Okawa in Tokyo, who was just going to bed, and gave spiritual messages. Chapter 1 is a record of the spiritual session.

Okawa is the Master of Happy Science, a religion founded in 1986 and now joined by people in more than 100 countries across the world. As of December 2019, he has given over 3,000 lectures and has published a total of more than 2,600 books worldwide, many which are translated into 31 languages. Among these books, 500 of them are the Spiritual Interview series recorded through Okawa’s unparalleled spiritual ability. He can summon the spirit of any deceased person or any guardian spirit of a living person. Oftentimes, spirits visit Okawa to voice their opinion through him.

The spirit of General Soleimani and the guardian spirit of Ayatollah Khamenei both insist that Iran is a country that believes in Allah and prides itself in its traditional culture, definitely not a nation of terrorism. Nevertheless, it’s also true that Iran and other Islamic countries should respect the fundamental human rights. Allah and the God of Christianity are the same being, so the U.S. and Iran should not fight against each other. We sincerely pray that this book will bring mutual understanding between the two countries and prevent further conflict.