The Reason We Are Here: Make Our Powers Together to Realize God’s Justice -China Issue, Global Warming, and LGBT is out now! 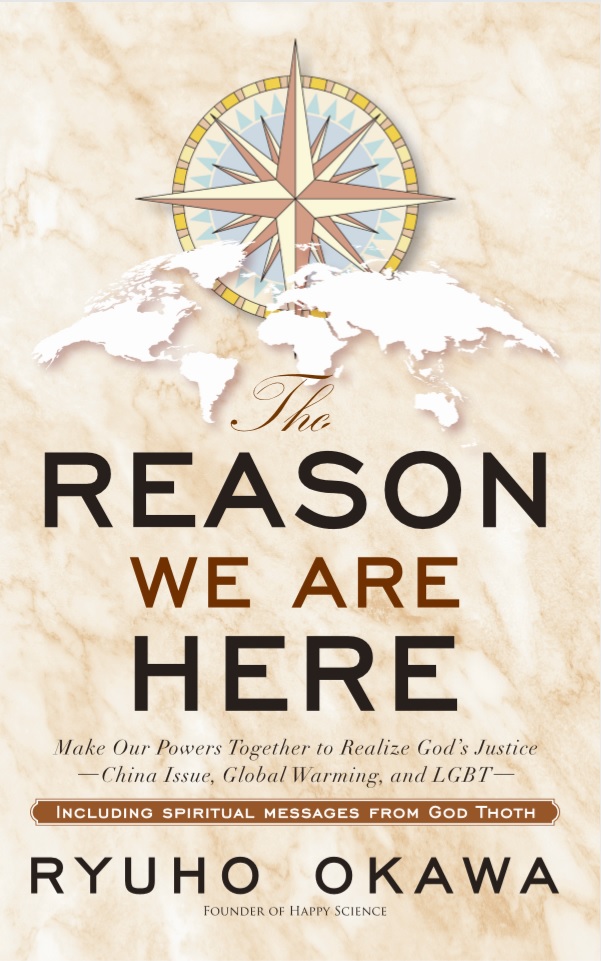 The Reason We Are Here is a book of thought that is unlike any other: its global perspective, timely opinion on current issues, and spiritual class are unmatched. The main content is the lecture in Toronto, Canada given in October 2019 by Ryuho Okawa, a Japanese spiritual leader and the national teacher of Japan. Also included are his answers to the questions—specifically, on the Hong Kong and Uyghur problems—from renowned activists who attended his lecture.

The major themes of Okawa’s Toronto lecture were the suppression of democratic movement in Hong Kong and the human rights suppression of Uyghurs, both of which are acts by totalitarian China and harshly criticized by countries around the world. These are subjects of human dignity, the central concept of religion. Additionally, Okawa talked on the themes of global warming and LGBT, to which none of the world religions today can provide answers. He indicated clear guidelines to deal with these problems from the standpoint of the spiritual truth and from God. In this context, “God” refers to the common source, the supreme being in religions such as Christianity, Islam, Judaism, and Buddhism.

Okawa is the Master of Happy Science, a religion founded in 1986 and now joined by people in more than 100 countries across the world. As of December 2019, he has published a total of more than 2,600 books worldwide, many which are translated into 31 languages, and given over 3,000 lectures.

God wishes for the happiness of all people. That is why He does not stay silent on modern issues, for example, international affairs, environmental concern, and sexual orientation. Realize happy people and happy societies by working together to solve these problems in the name of God’s justice—that is “The Reason We Are Here.” So, every human being has the responsibility to learn this fact and study the Truth. We hope you’d do so.