“Spiritual Message from Thomas More” is Available to Watch in Happy Science Temples! 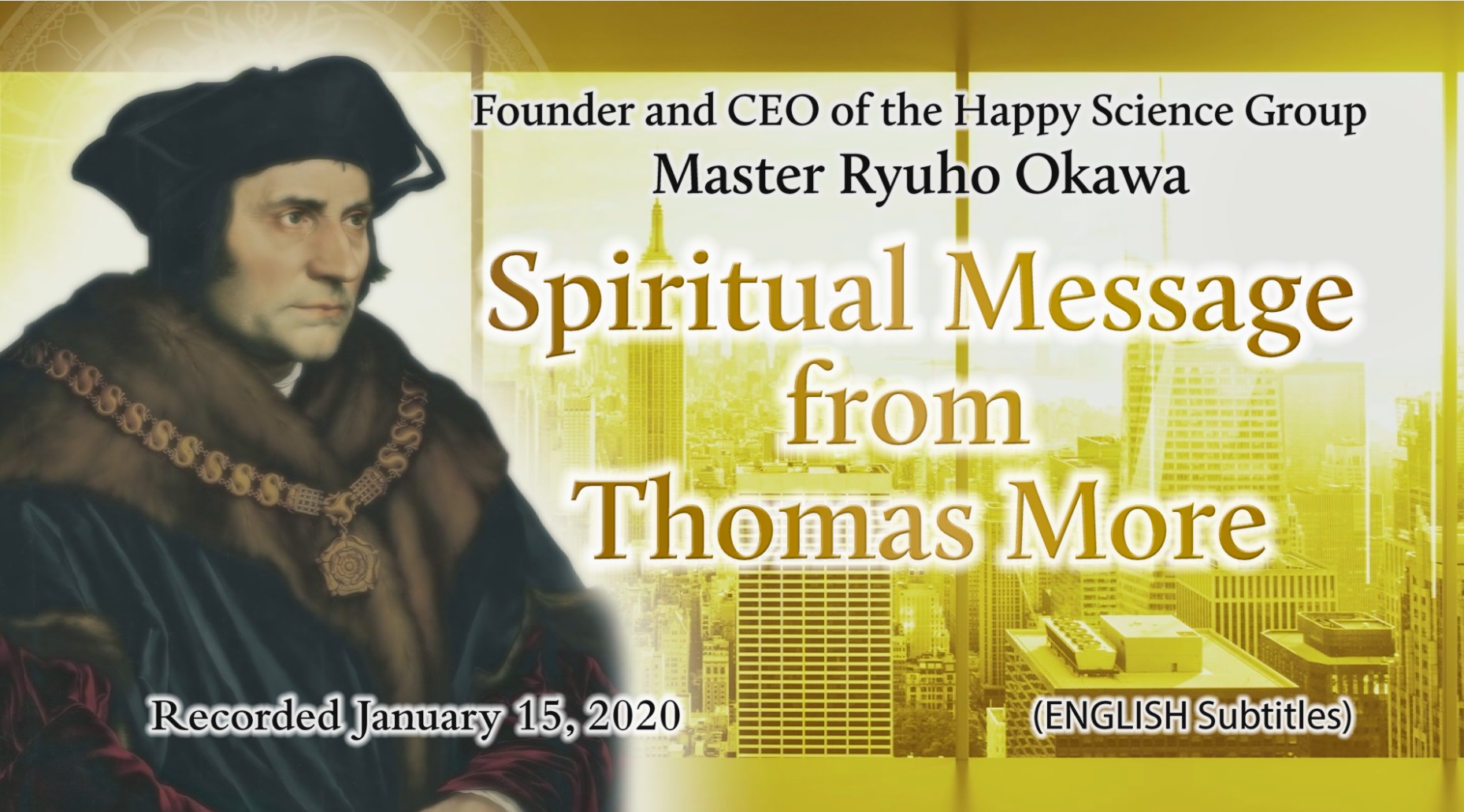 In this spiritual message, Thomas More talked about the background of the establishment of the English dynasty and the Church of England and teaches us how the philosophy of Utopia, that started mainly from the UK, evolved.

He was also a Chancellor to Henry VIII, and Lord High Chancellor of England from October 1529 to 16 May 1532. He wrote Utopia, published in 1516, about the political system of an imaginary, ideal island nation. Although he served Henry VIII, he opposed Henry’s divorce and was tried for treason and beheaded


◇How does Thomas More’s philosophy of Utopia evolve to the modern-day?


Not only the members of Happy Science but also to British people, those who are interested in the history of the UK, Royal Family, and world affairs, managers, executives, businessperson, those who are related to religion, etc.


“What is Spiritual Message?”