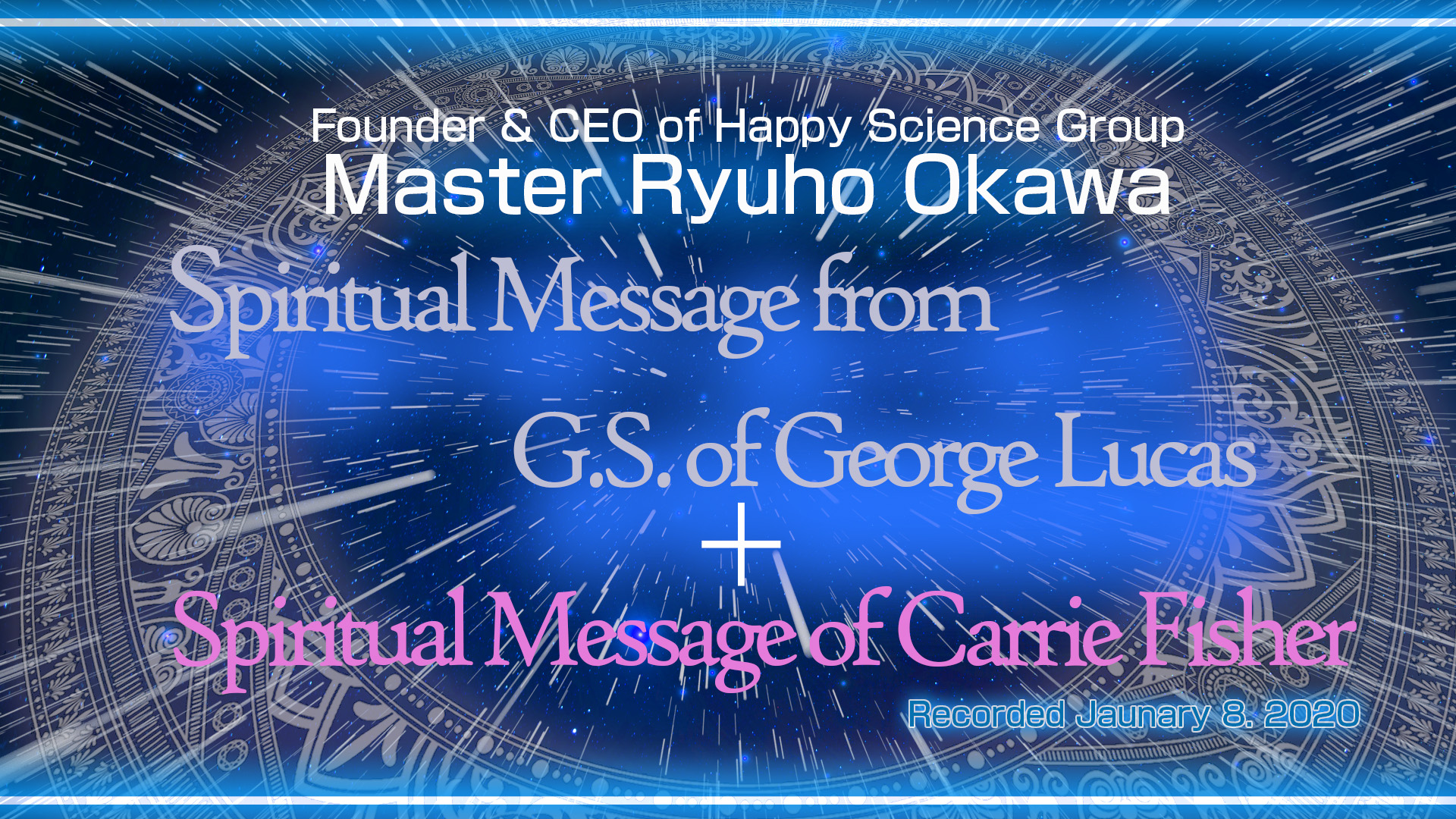 (1956～2016)
American actress, writer, and comedian.
Fisher is best known for playing Princess Leia in the Star Wars films.
Fisher died of a sudden cardiac arrest on December 27, 2016, at age 60.


What did George Lucas want to portray in the “Star Wars” films?

・In these spiritual messages, the guardian spirit of George Lucas and the spirit of Carrie Fisher share us the truth portrayed in the “Star Wars” films.


Not only the members of Happy Science but also to students, young generations, fans of “Star Wars” films, George Lucas and Carrie Fisher, those who are related to movies and entertainment fields, those who are interested in space and aliens, etc.

“Spiritual Message from the Guardian Spirit of Leonardo Di Caprio”

“Spiritual Interview with Stan Lee, ‘The Space Age and Heroes”

“What is Spiritual Message?”