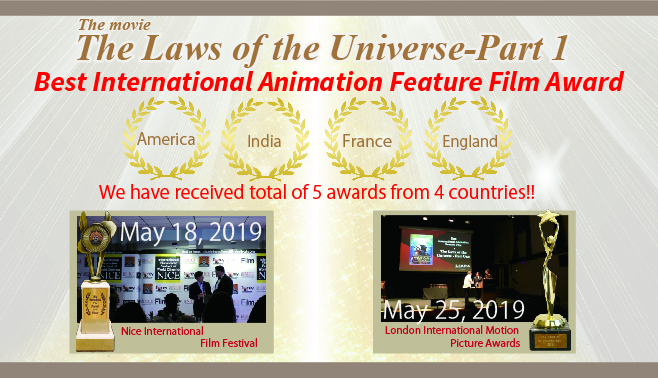 The Laws of the Universe-Part 1 has received total of 5 awards from 4 countries! Thank you all for your support and we wish that more people would have the opportunity to watch this exciting animation film, the one and only TRUTH you can find!