“What I thought in Canada”-Available to watch at Happy Science Temples! 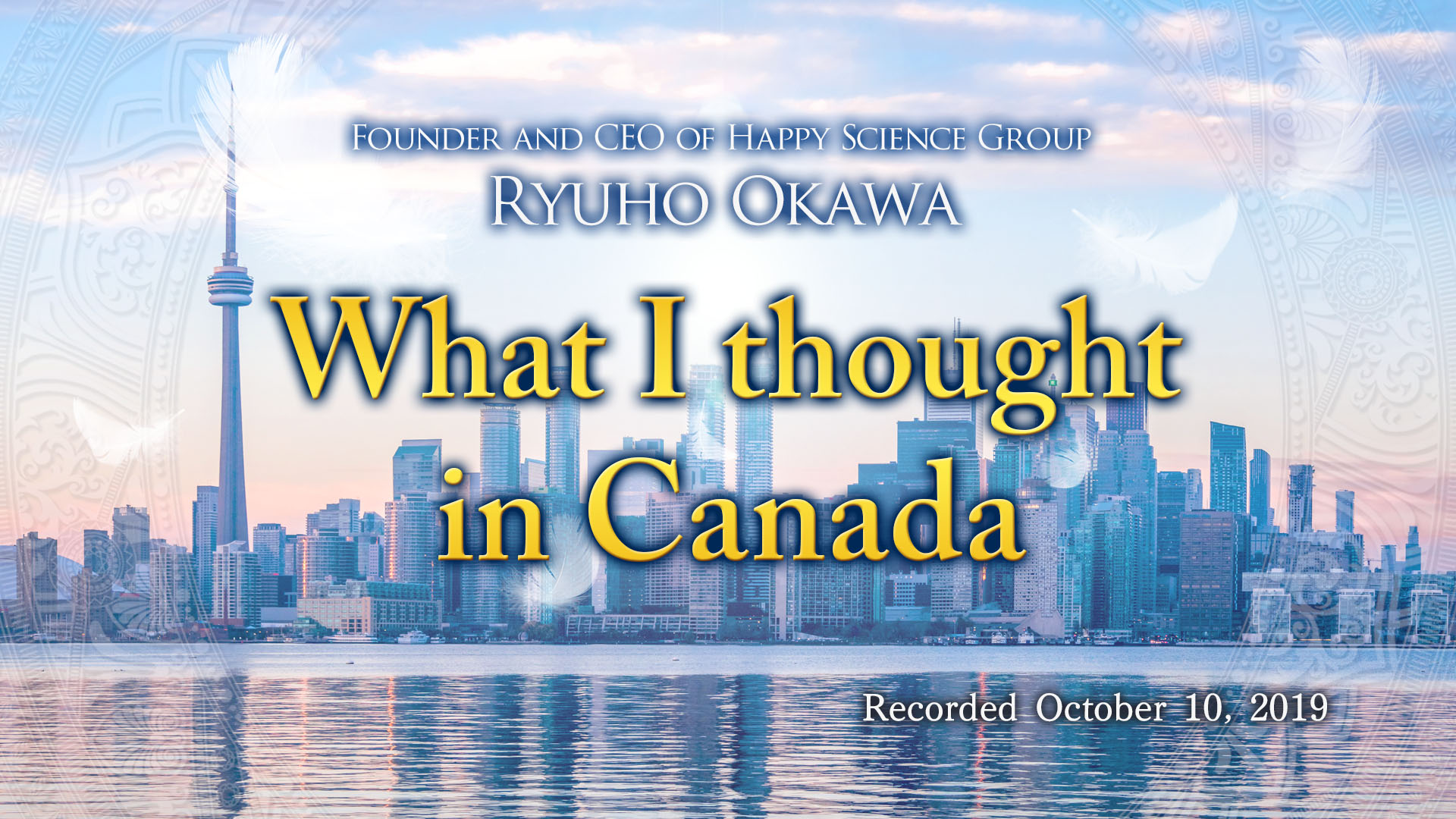 After giving His first lecture “The Reason We Are Here” in Canada, Master Ryuho Okawa gave another lecture, “What I thought in Canada” the day after He came back from Toronto. (66 min)

Master Okawa revealed in the lecture…
● What was Canada lacking that Master felt during His actual visit?
● What is the problem of LGBTQ? Where do they go after they die?
● An Unbelievable spiritual fact of the famous authors after their death such as L.M. Montgomery, Dickens and Hugo. Where is the famous Canadian author of “Anne of Green Gables” reside in now?

On October 6th, 2019 (before dawn of 7th Japan time) that commemorates the 33rd anniversary of Happy Science foundation, Master Ryuho Okawa gave a lecture, “The Reason We Are Here” and “Q&A,” at The Westin Harbour Castle, Toronto, a hotel in Toronto which is one of the biggest cities in Canada. He had achieved the 3,000th in His total number of lectures then. The holding of the lecture was widely announced in the local papers, public transportation, and the like. Some 700 people gathered at the venue, and the lecture was also broadcast simultaneously at 14 places in 7 countries (USA, Peru, Brazil, UK, France, Germany and Benin).

“On Carbon footprints reducing ーWhy Greta gets angry？”