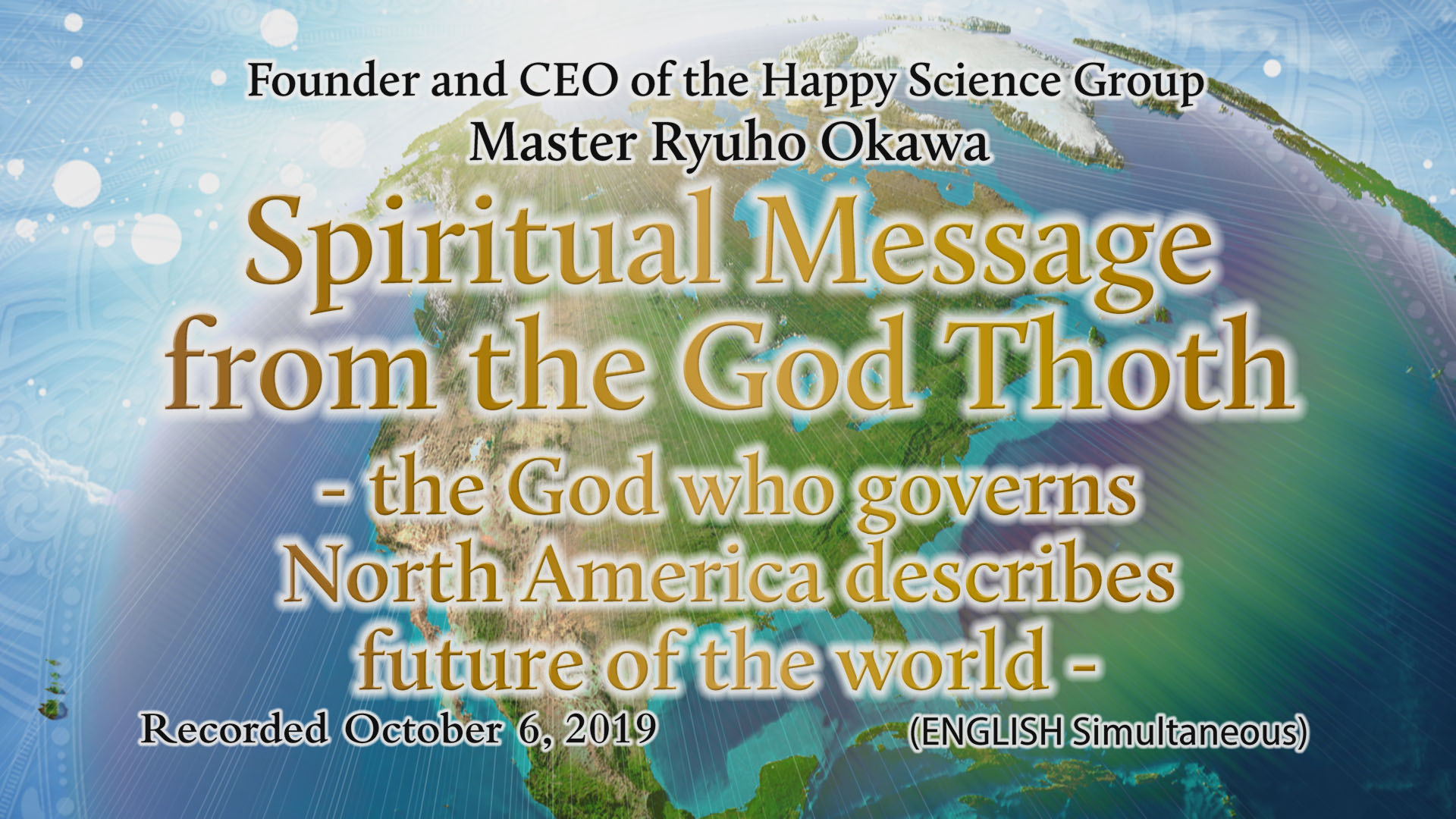 What is spiritual messages?

Master Ryuho Okawa summoned the spirit of god Thoth (51 min) before He gave a first lecture in Toronto, Canada.

Questions revealed
● What kind of benefits will global warming give to the humans?
● Regarding China and Hong Kong issues, what kind of ending will await them?
● What is the true nature of LGBT problems? ―Its real nature from heaven’s perspective
● How does the god Thoth think about the issues of Iran, Islam, and Israel?

The great religious master who led the Atlantis civilization to its golden age. He was a super genius who was a religious leader, politician, philosopher, scientist, and artist all in one. Also called the Omniscient and Omnipotent Lord Thoth. Thoth is a (ninth-dimensional) branch spirit of El Cantare, God of the Earth, and is also known as an ancient Egyptian god.