Hong Kong Revolution: Spiritual Messages of the Guardian Spirits of Xi Jinping and Agnes Chow Ting is out now! 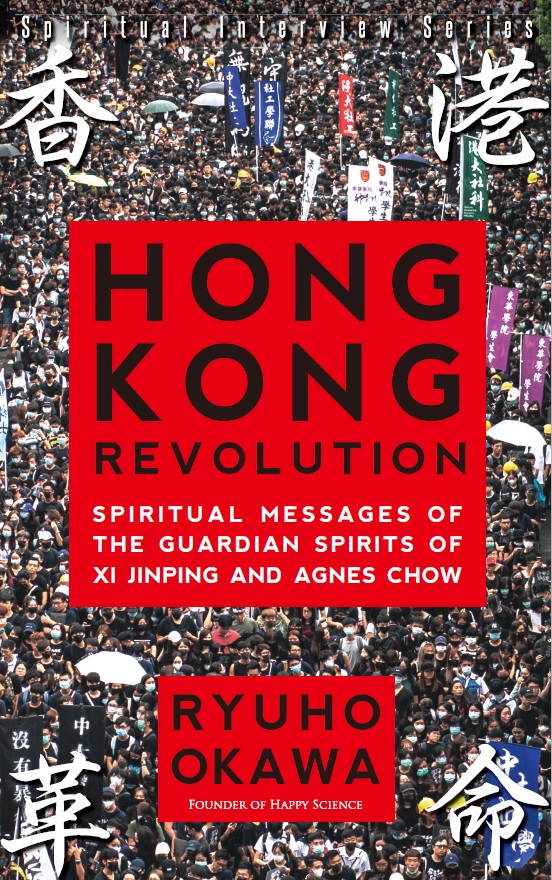 Recorded on September 3rd
The withdrawal of the extradition bill will not mark the end.
A Hong Kong Revolution is starting.

The Hong Kong protests that are gathering the attention of the world.
What is Xi Jinping plotting?
How far is Agnes Chow, the ‘Goddess of Democracy,’ willing to go?
Their guardian spirits speak their intensions and reveal issues of conflict in this exciting new book!

The voice of Xi Jinping’s Guardian Spirit
The Hong Kong demonstration will be cleansed by October 1st, the 70th anniversary of the founding of the People’s
Republic of China.
– After Taiwan, China will aim for Okinawa, Philippines and Vietnam.
– Making preparations before Taiwan’s election; I will show them what will happen if they challenge China
– There is no freedom or human rights in China. Sovereignty is for the ruler.

The voice of Agnes Chow’s Guardian Spirit
“courage” should be our slogan and “overcoming fear” is vital
– If Japan’s Self-Defense Forces and the US and British armies are dispatched to Hong Kong, we can continue fighting.
– We intend to lead Hong Kong toward independence eventually.