Spiritual Messages from Oscar Wilde: Love, Beauty, and LGBT is out now! 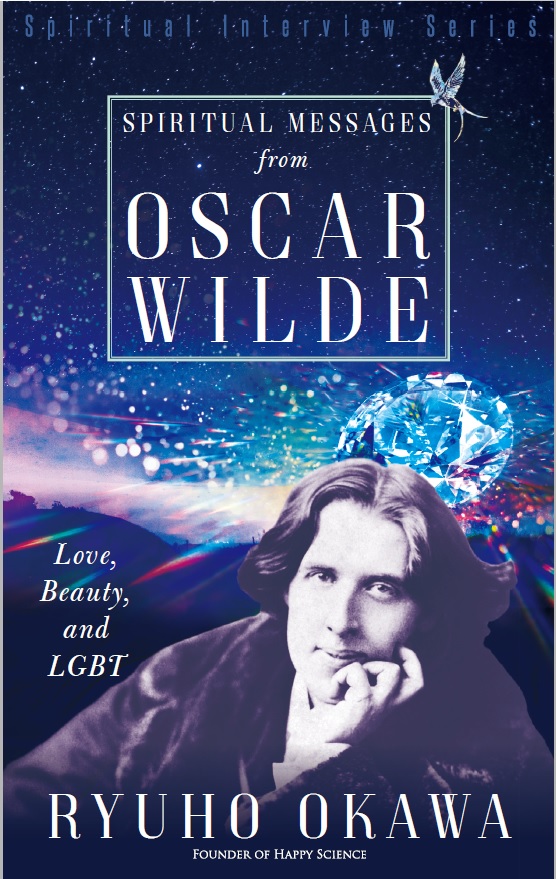 Spiritual Messages from Oscar Wilde –Love, Beauty, and LGBT– is the record of spiritual messages from Oscar Wilde’s soul. It was conducted through the unparalleled spiritual abilities of Ryuho Okawa. In the book, Wilde spoke his true feeling on why he wrote The Happy Prince, one of his most popular works. Furthermore, he talked a lot about his pursuit for “real love” while also mentioning that he was a homosexual when he was alive.

It should be especially noted that the reader can gain a completely new perspective on same-sex love and LGBT. The spirit of Oscar Wilde said, “Human souls reincarnate. When they are born into the male body, they become men, and when they are born into the female body, they become women. Men and women are not fixed. Therefore, when someone who was born as a woman in her past life is reborn into the body of a man, the person could love a man, and this may seem like a case of gender identity disorder.” It’s a convincing and rational explanation.

In conclusion, the spirit of Oscar Wilde insists we should be tolerant toward the LGBT people. For them, he gave a very helpful advice on how they can live happily and on how they can return to heaven after they die. May the book serve as helpful reference for the reader in thinking about real love and LGBT.

Quite a few Christians and materialists view spiritual messages as a heresy or doubt the credibility of the messages right from the start. It should be noted, however, that denying the newly revealed Truths, based on old religious knowledge and existing academic knowledge, is a mistake like what the churches did to Galileo—they denied heliocentric theory. Can your intellect honestly accept this spiritual Copernican Revolution in the modern age? Read Okawa’s spiritual messages series and find out…