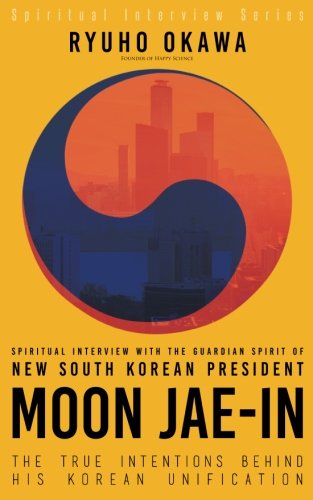 In May 2017, the day after Moon Jae-in was elected as president of South Korea, Ryuho Okawa used his extraordinary spiritual power (similar to but surpassing Shakyamuni Buddha’s) and summoned Moon’s guardian spirit, namely his subconscious mind, to have him speak his opinion. In a subsequent spiritual investigation, it was found that Moon is the rebirth of Mussolini, who also led a peninsular nation of Italy with his Fascist party during WWII. This book is a record of spiritual interviews of above figures and is also precious material in predicting upcoming events in East Asia, as well as the actions that major countries such as the U.S. and Russia may take.

In his spiritual interviews, Ryuho Okawa has been contacting the hidden consciousnesses of political leaders around the world. He has been uncovering their true thoughts before anyone else and foretelling how their politics will turn out. These interviews include North Korea’s Kim Jong-un going wild, China’s Xi Jinping and his hegemonism, America’s decline brought on by Obama, and much more. Okawa has written over 450 books of spiritual messages in more than 30 years, in order to prove the existence of the Spirit World, reincarnation and guardian spirits. The number and content of these books are not fiction, but rather prove that spiritual messages are a real spiritual phenomenon.