The Decision Toward Prosperity: The Trump Revolution Will Change the World is out now! 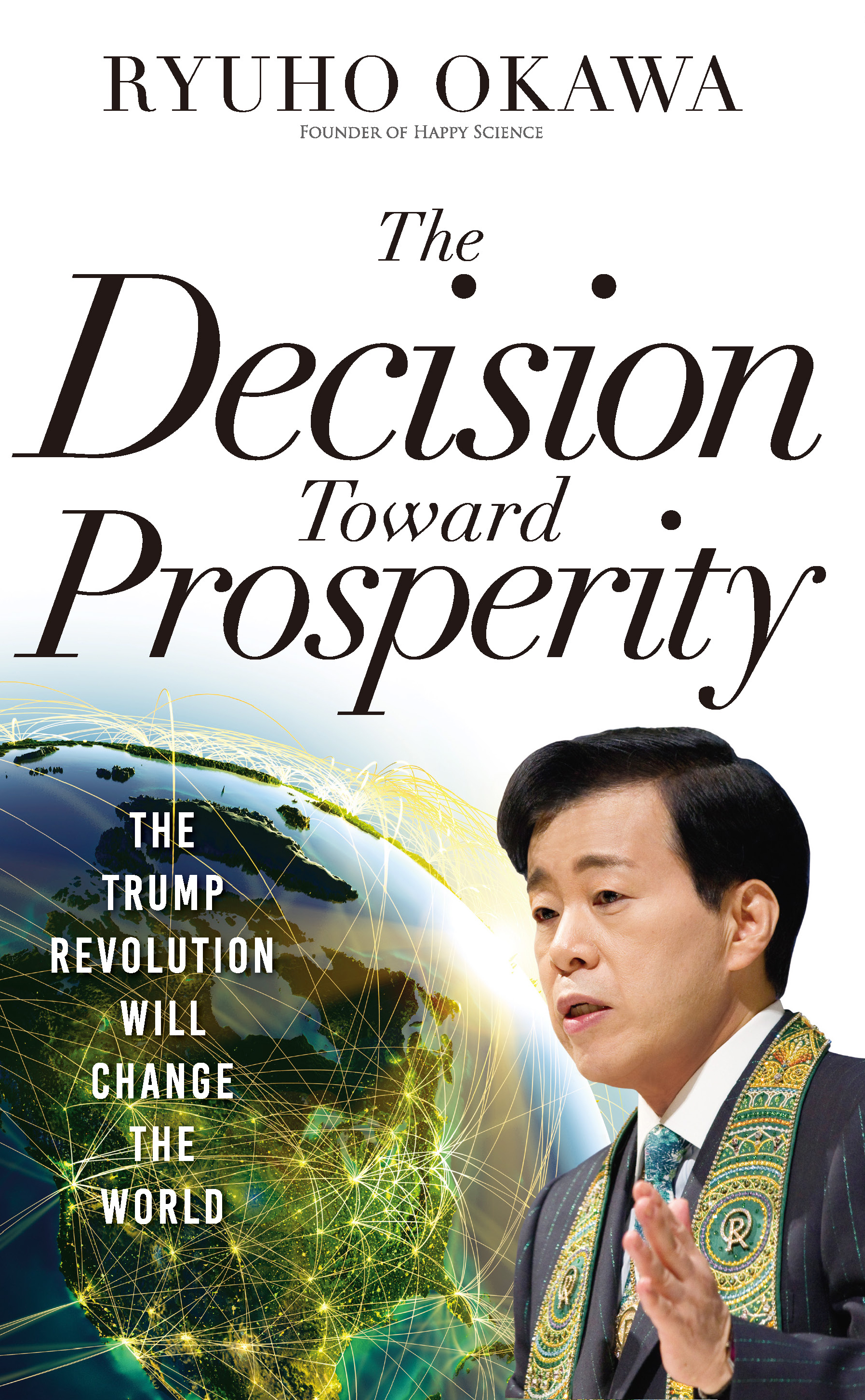 “Trump Revolution” is a term also used by other authors, not just Ryuho Okawa, but he is one of the authors who see through the essence of this revolution the most. How so? Okawa foresaw the birth of President Trump, as early as in January 2016.
Okawa, a Global Visionary, clearly sees where the world is headed and how the people in each country should think and act for the world to enjoy a better future. As the opinions by experts on American politics or international politics are in disarray, you could say that this book has pointed out the principal pillar of thought.
In the book, Okawa talks a lot about Japanese politics as Japan is his mother country, but the universal philosophy behind his words will surely enlighten readers in other countries, too. This is the guidebook that will help the world realize prosperity for the next 300 years.