The Laws of Justice is out now! 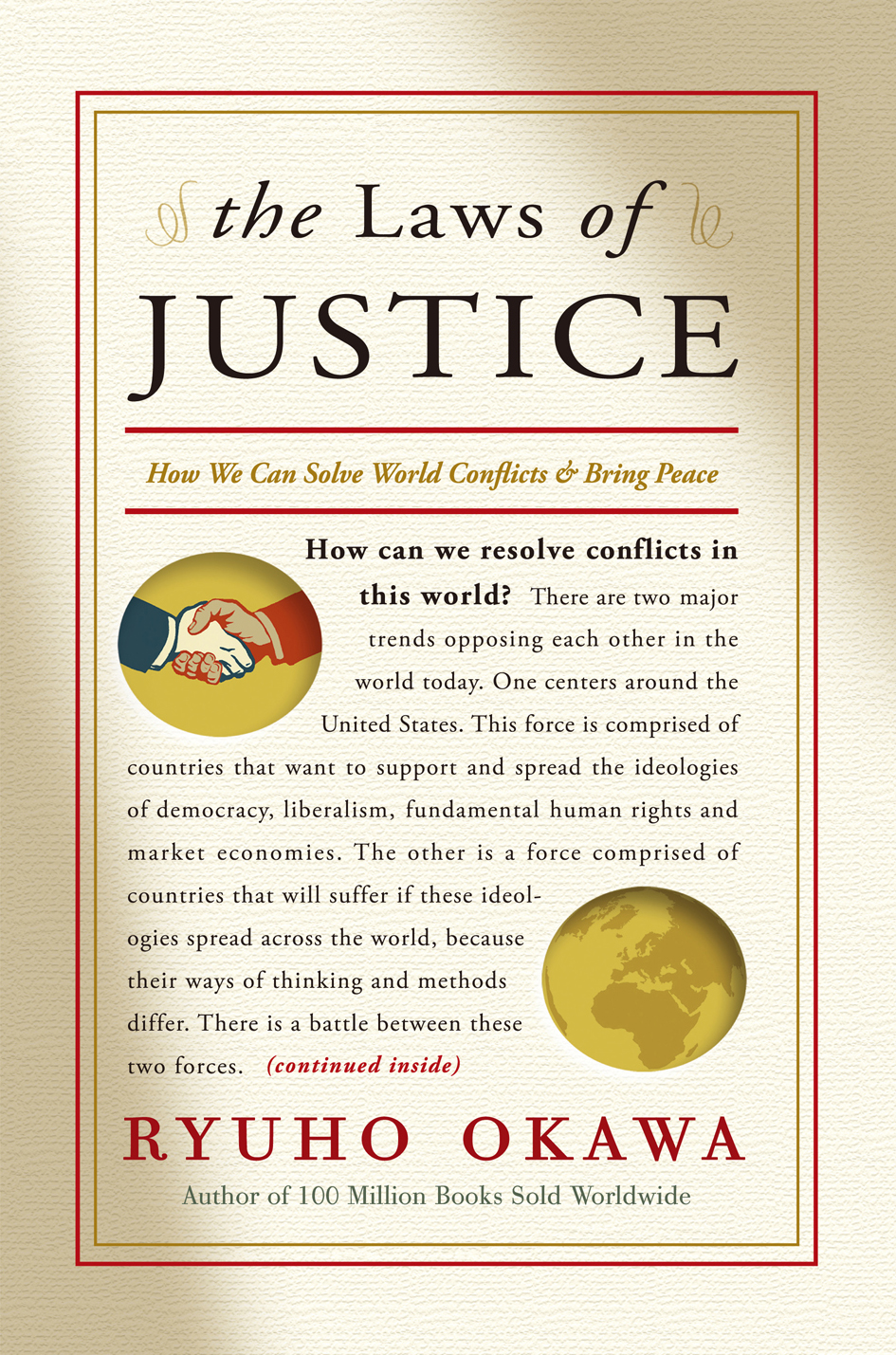 The Laws of Justice:
How We Can Solve World Conflicts and Bring Peace


In the world, conflicts, poverty and turmoil are increasingly becoming rampant.


Now, amidst the absence of international leadership, people around the world raise one pivotal question: “What is justice in today’s world?”


In The Laws of Justice, Master Ryuho Okawa of Happy Science, an author of over 2,000 books, gives us hints to answer the above question: the world is in need of justice that can resolve both the conflicts between religions and the tyranny of materialistic nations, which are at the root of various problems in the current era.


This book takes up Western academics such as Kant’s morality, Bentham’s utilitarianism, Rawls’ principle of justice, Piketty’s analysis of wealth and inequality and Dawkins’ atheist idea that religion is not something necessary. What’s more, the author says that the book “took on the challenge to make God’s revelation a subject of academic studies” and is something that “goes beyond the boundary of existing academia.”


We must constantly think about what accords with righteousness on a global level and from the perspective of the future. Seek justice in terms of wisdom. Transcend hatred and embrace love.


Above is the main message of The Laws of Justice.

1.God is Never Silent
2.Conflict Between Religion and Materialism
3.Progress that Starts from Righteousness
4.The Principle of Justice
5.The Great Turning Point in Human History
6.Establishing the Justice of God