Flash Report: Lecture titled,“ The Power to Lead the World” 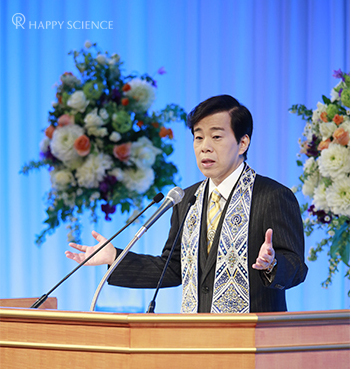 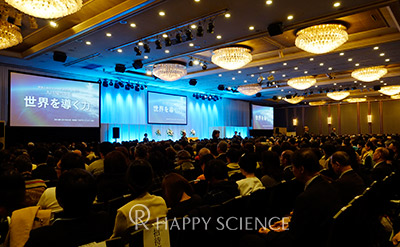 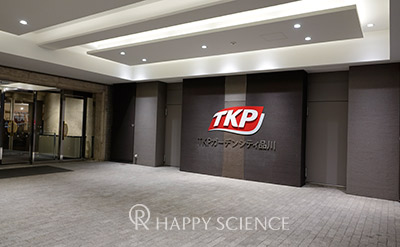 At the TKP GardenCity Shinagawa, Happy Science group prepared several booths, such as the special booth for the upcoming movie “I’m Fine, My Angel” that is set to release this spring. The venue was filled with about 2,000 people. 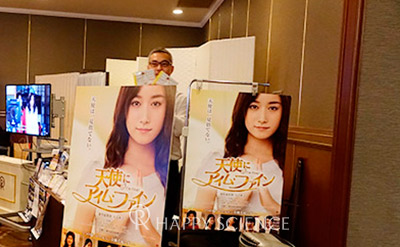 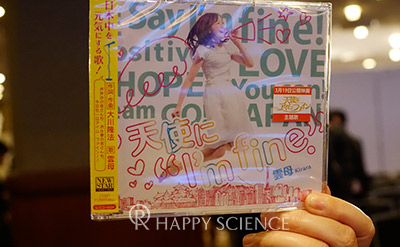 Once it was time for the lecture to begin, Master Ryuho Okawa walked toward the podium. Master Okawa touched upon several topics in his lecture:

・The world is coming to a turning point
・The four disputes Asia will face
・North Korea could develop hydrogen bomb soon
・Why Japan should reinforce diplomatic relations with Russia and India while keeping allies with the U.S.
・What’s to come soon for the Korean Peninsula, Taiwan, and Okinawa
・Japan ought to have a drastic defense initiative by issuing defense bonds
・The way the world should be and the big mission entrusted to Japan 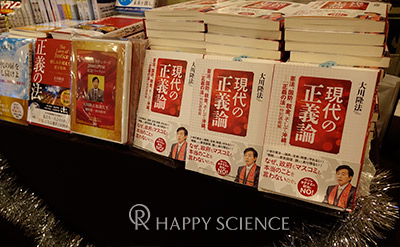 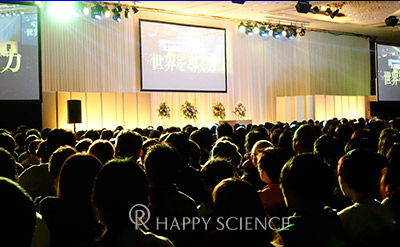 Some comments from attendees

● When Master mentioned that Japan was under threat and North Korea is aiming to hit the Japanese with their missiles, that’s when I first realized that we are in a grave situation. It is difficult to figure out the situation from the things Mr. Abe says. I felt an intense pressure that our time has come in 2016. I would like to think of what I can do, and take action. (Female, 20s)

● The lecture was easy to understand. The speech stating the love for Japan was very nice. I now want to root for the Happiness Realization Party and read their books. (Male, 20s)

● I could feel Master’s passionate love to protect Japan. Master bravely included themes that were difficult to speak out on. It filled me with the spirit to stand against any criticisms. (Male, 30s)

● He strongly said things that must be said by politicians. When I heard that this was a mild lecture, I realized how grave of a situation we are really in. Most Japanese people do not know this and are taking advantage of living in peace. I believe that it is the responsibility of the people who do know to raise their voices. (Female, 50s)

● What exactly does it mean to protect my country? How can I protect it? I was made to rethink these things. A uniform and impractical historical view has limitations. (Male, 50s)

● Listening to Master’s lecture overwhelmed me with emotion. Especially when Master addressed Prime Minister Abe by saying, “We’re not playing around. Get serious!” I think he is completely right. Thank you so much. I am supporting the Happiness Realization Party. (Male)

● I felt that this was what it meant to be a leader. Master’s words were full of energy and dignity. I would like to be even the smallest of help towards Master’s mission. (Female)

● I was moved by how Master managed to grasp international politics very well. I could feel that Master has a sense of responsibility for the whole world. I think it takes much courage to make such wise remarks. I thought it was amazing how he was not only able to provide opinion for the past, but for the future as well. (Male)

● This was my first time attending his lecture. I assumed it would be a religious talk similar to “The Laws of the Sun.” It was a political speech, but the part about foreign affairs was easy to understand. (Male, 40s)

Flash Report: Lecture titled, “The World of Truth”
Flash Report: 2016 Grand Lecture Presentation: “A Lecture On The Laws of Justice”